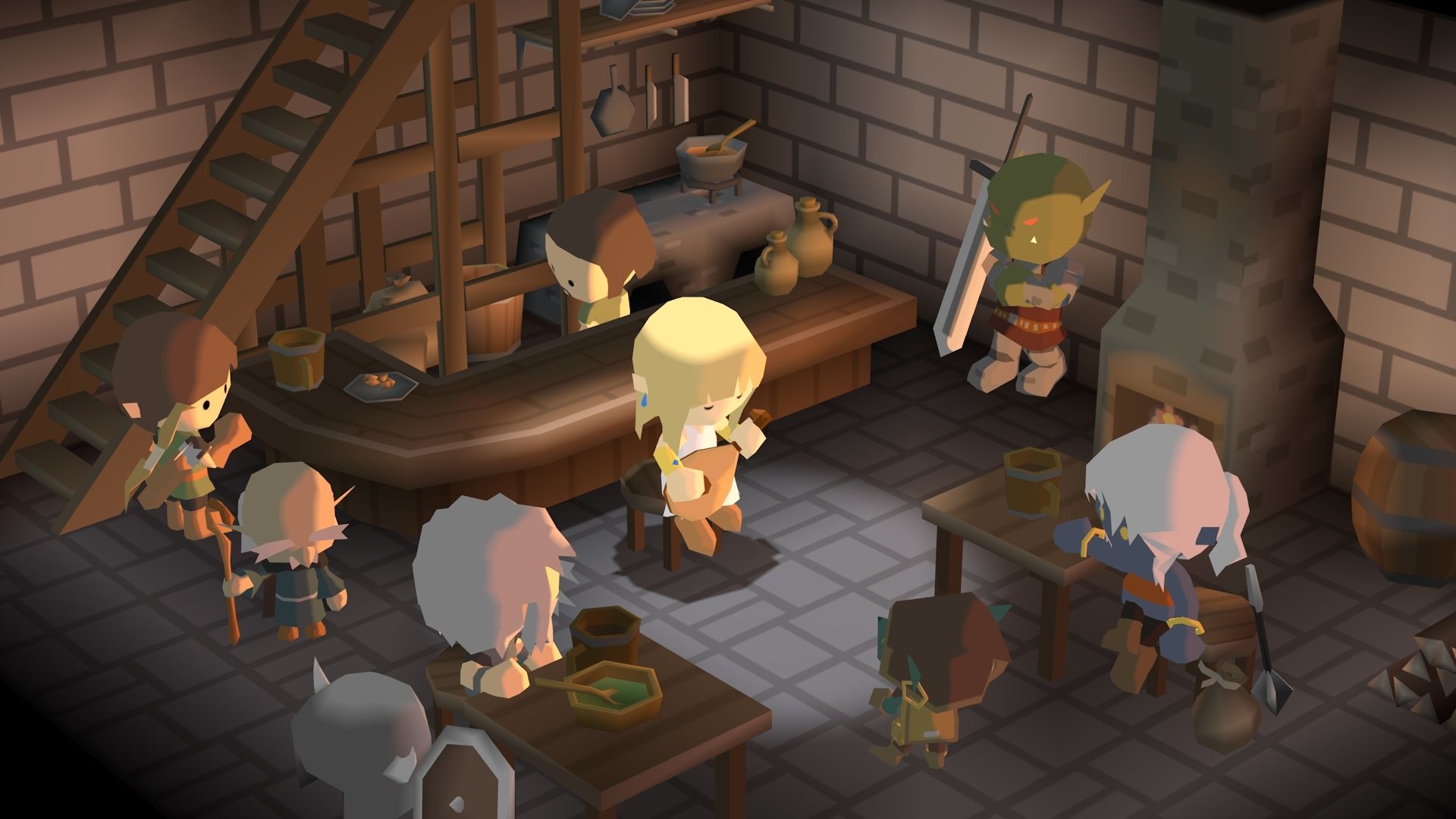 Potato Flowers in Full Bloom is a simple, engaging RPG from developer Pon Pon Games, published by Playism. It has a handful of elements – dungeon-crawling, character creation, skill trees, weapons, and classes – that you’re given control of pretty quickly. From there you learn a little about the world and its characters, who are struggling to grow crops due to contaminated soil. Your aim is to find ancient seeds in these dungeons, ones that can grow in the diseased ground.

The game starts as it means to go on. In a stone-walled dungeon, you meet a character who advises you how to open a gate and get to the next section. This is the tutorial, introducing you to different enemies, the combat system, traversal, and the general make-up of its dungeons. For anyone who’s ever played an RPG, this game is immediately understandable.

This is one of my favourite things about Potato Flowers in Full Bloom. It doesn’t muddy itself with superfluous information or overcomplex remixes on the genre. It has a turn-based combat system, with stats like stamina and magic. It has weapons that you can upgrade, signified with a +1 and so on, just like in Souls games. Everything about it screams “hey look, I’m an RPG” in a cosy, familiar kind of way.