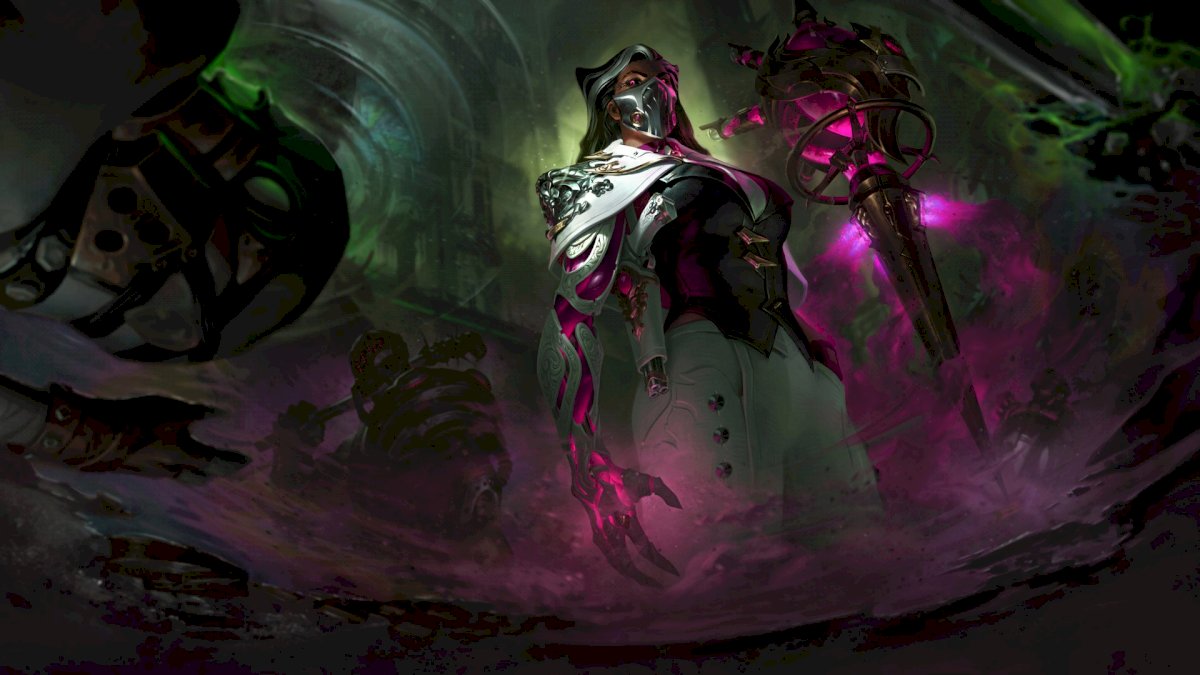 The people of Zaun have another new champion to look up to.

Just a few weeks ago, we saw the release of Zeri, the Spark of Zaun added to the ever-growing list of champions in League of Legends. She came with the patch 12.2 update and now, Riot has gone one step further in teasing a brand new champion that will be coming to the Summoner’s Rift. Renata Glasc will be joining us during the patch 12.4 update but before that, we already got take a look at her toolkit and what she will bring to the table.

We previously learned about Renata Glasc through Riot’s plan for 2022, which included an Enchanter support champion that isn’t cut from the same cloth as the rest. Riot also teased her release with her very own website that tells the tale of Glasc Industries, a Zaun manufacturer that specialises in making chemtech available to all. A closer look at the website and you can see the same hand that was teased in the roadmap as well as a short biography of the owner, Renata Glasc.

From humble origins in the Sump of Zaun, Glasc Industries founder Renata Glasc was inspired by her family’s alchemical practice to improve life across Zaun and Piltover alike. For the last 30 years, her visionary work has touched civil development, tech, and philanthropy, collaborating with both citizens and chem barons to keep the streets safe.

Currently, she heads Glasc Industries in its next objective: redefining beauty through state-of-the-art technology. To those who seek a greater future, Renata Glasc embraces all.

Hailing from a family of alchemists in Zaun, Renata will be the second champion to come out in 2022 that also comes from the underground city. She should also be familiar with other popular Zaunite champions like Ekko, Zeri, Viktor, and Camille. As for her kit, she resembles the typical Enchanter support champion but with a dark twist. For example, one of her key abilities is able to prevent the death of her allies for a price.

Renata Glasc sends out a missile from her robotic arm that roots the first enemy hit. She can reactivate the ability to throw the enemy in a target direction, damaging enemies hit and stunning them if the thrown target is a champion.

Renata Glasc grants an allied champion or herself ramping Attack Speed and Move Speed toward enemies. If the ally gets a takedown on an enemy champion, the buff duration resets. If the ally would die while Bailout is still active, their health is set back to full but they begin burning to death over 3 seconds. The ally can stop the burn by getting a champion takedown before they die.

Renata Glasc sends out chemtech rockets that shield allies and damage and slow enemies they pass through. The rockets also apply their effects around her on cast and in an explosion at max range.

Renata Glasc sends out a cloud of chemicals that causes enemies to go Berserk, increasing their Attack Speed and forcing them to basic attack anything around them. Berserk enemies prioritize attacking their own allies, then neutral units, then Renata Glasc’s team, then Renata Glasc herself.

Be sure to check out the trailer on Renata Glasc below. While we won’t get to see her on the Summoner’s Rift until patch 12.4, which won’t be available for another two weeks, Renata will be available for players to test her out on the Public Beta Environment.