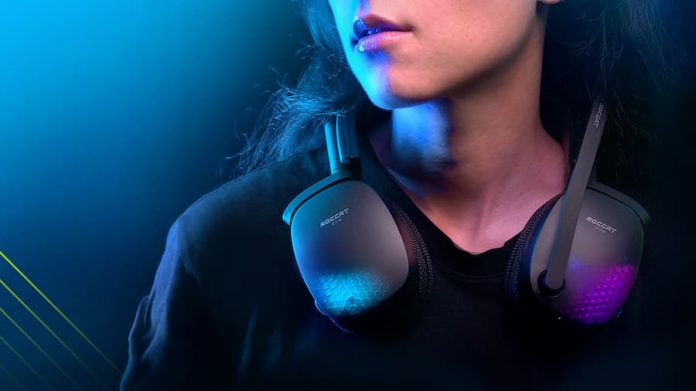 If you’re a PC gamer who likes to be free of cables, the Roccat Syn Pro Air headset is more than worthy of your attention.

Available now, directly from Roccat and a number of other retailers including Amazon, the Roccat Syn Pro Air offers crisp, clear sound in a headset that’s also comfortable to wear and easy to use. And with an RRP of £119.99/$149.99, it’s reasonably priced, too.

Open up the box of the Roccat Syn Pro Air and you’ll find the headset (of course), as well as an attachable microphone, a USB-C charging cable, a USB-C adapter, a USB-A transmitter, and a quick start guide. Everything is neatly packaged and easy to remove and put back into place. Great if you like to keep your gaming area tidy.

Setting the Roccat Syn Pro Air up for use is as easy as plugging in the USB-A transmitter into a free USB port on your desktop or laptop, then turning on the power to the headset itself. Providing you’re using Windows 10 or 11, the required drivers will be installed automatically, and the transmitter should connect to the headset without any fuss.

With the headset set up, it’s clear as soon as you jump into a game that it’s an impressive piece of kit. The audio the Roccat Syn Pro Air provides is rich and full of detail. It also has a pleasing amount of base. Playing a first-person shooter, firing a shotgun really felt like an event, while the beats of the game’s soundtrack had us bobbing our heads. Rather handily, there’s a volume control on the left earcup, too, so you can easily fine-tune it. 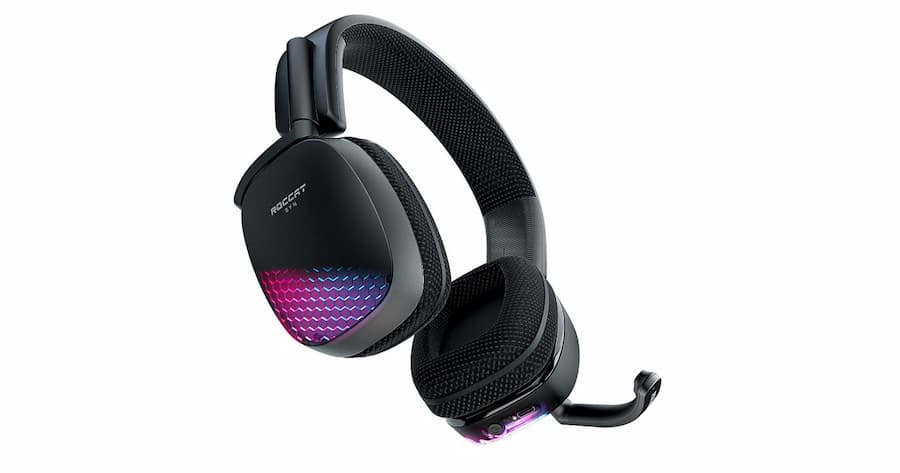 The Roccat Syn Pro Air is also a very comfortable headset to wear. It feels well-built yet it’s light, with an over-ear design that makes use of memory foam to provide cushioning. The headband is cushioned, too. Add in the fact that the headset sets firmly on your head without applying too much force, and you have a headset that you could wear for hours without feeling uncomfortable.

For those who like to chat while they game, the included mic can easily be attached after removing a plug on the left earcup. Once connected, the mic can easily be muted by moving it upwards. When activated, the TruSpeak mic provides clear voice chat, and there’s even a mic-monitoring wheel on the right ear cup.

It’s established, then, that the Roccat Syn Pro Air is a very nice headset indeed. But you can get even more out of it if you’re willing to install a piece of software called Neon. Install Neon, and the AIMO-compatible lighting found on each earcup can be tweaked to your heart’s content. Additional audio features can be accessed, too, like superhuman hearing and 3D audio. It even makes keeping your headset’s firmware up-to-date a cinch. 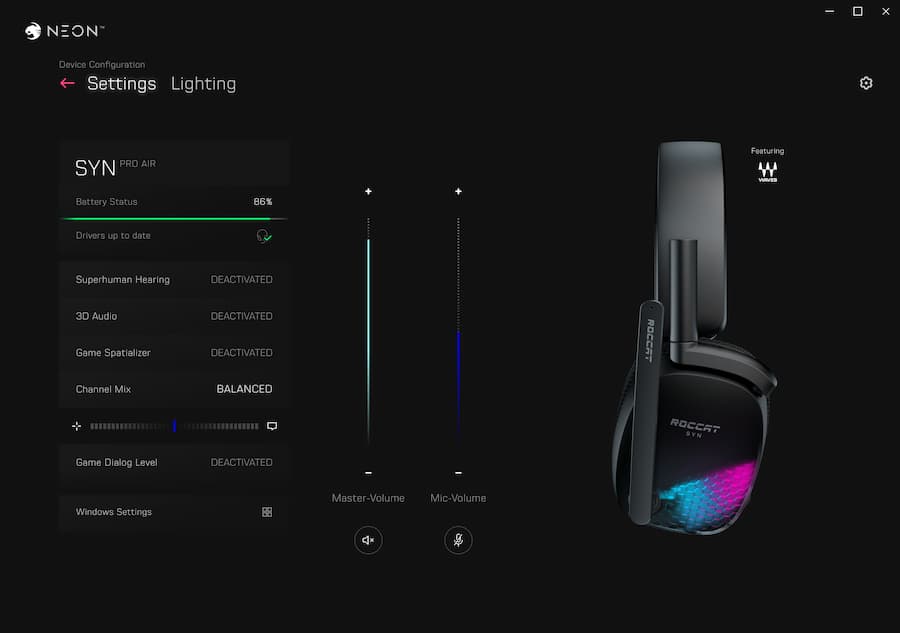 When it comes to the Roccat Syn Pro Air, finding faults is a very hard task indeed. It’s perhaps a shame that you can’t simply attach a 3.5mm cable to use the headset wired, but that’s about all we can muster. The built-in battery supports quick charge, and once full you can expect about 24 hours of use before needing to charge it again. And while it is very much a headset aimed at PC users, it is also compatible with the PS4, PS5 and Switch, albeit with some caveats.

If you’re on the market for a high-quality wireless PC headset but don’t want to spend hundreds of pounds on the top-end, the Roccat Syn Pro Air comes very highly recommended. With brilliant sound quality, light but sturdy construction and good battery life, this is one of the very best gaming headsets for PC gamers on the market right now. And while it’s usable straight out of the box, it only gets better if you take the time to install Neon and tinker with its various features.

Thank you to Roccat for providing us with the headset for this review.