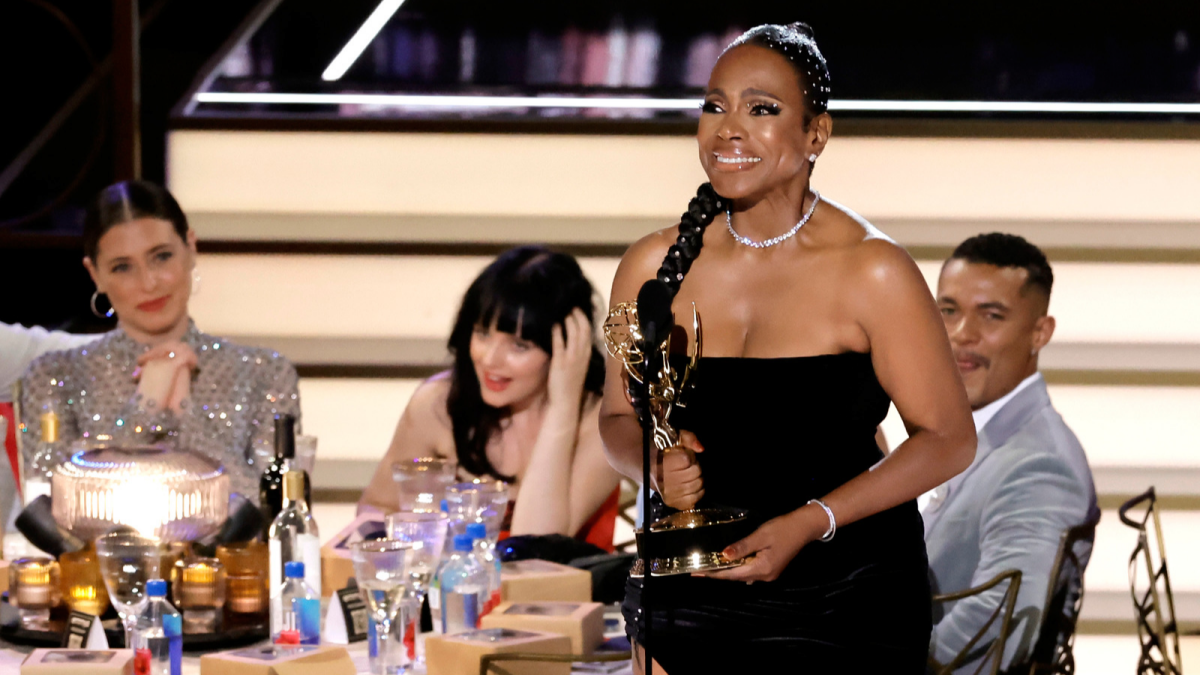 If you hadn’t heard about Sheryl Lee Ralph until her incredible portrayal of Barbara Howard in Abbott Elementary, it’s not because she was unworthy. Last night’s Emmy Awards proved to be a long overdue celebration of Ralph’s illustrious career that Robert De Niro pinned for greatness 30 years ago.

In a touching anecdote with PEOPLE and EW’s red carpet co-hosts Janine Rubenstein and Jeremy Parsons, Ralph shared a piece of advice De Niro gave her while filming their 1992 comedy-drama Mistress. “You’re great. You’re like really DGA — Damn Great Actress — but Hollywood’s not looking for you. They’re not looking for the Black girls,” Ralph shared. “So you better wave that red flag and let them know you’re here, because you deserve to be seen.”

Winning the award for Best Supporting Actress in a Comedy Series — the first Black woman to win in the category for 35 years — Ralph’s win was an ode to her relentless commitment of staying true to herself.

But, as Ralph reminds us, “Thank God I didn’t give up on me because it’s been a rough climb, but it’s worth every step.”


Tweet may have been deleted
(opens in a new tab)