Though we tend to concentrate on the video games side of Sony, the acquisition of Bungie might be a big help to Sony Pictures. Destiny, especially, has high multimedia potential, and Sony wants to help Bungie realize that by turning its franchises into films. Though no concerete plans have been announced, a recent earnings call had Sony commenting on the possibility of bringing Bungie IPs to the silver screen.

Which Bungie franchises does Sony want to make into movies? 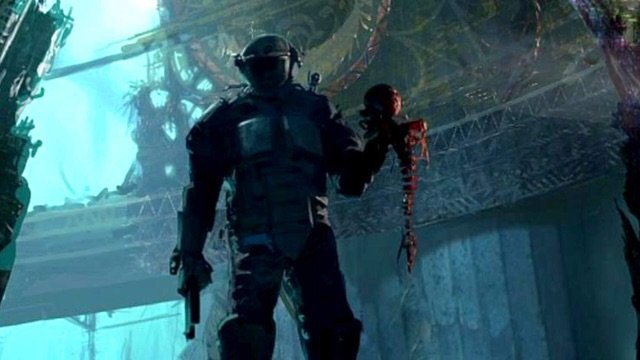 In a earnings call Q&A, Sony CFO Hiroki Totoki was asked what the company planned to do with Bungie. He replied:

It’s not just for the gaming area, but the multi-using of IP and merchandising of IP – like a game title maybe put into movies. Bungie want to nurture the IP they have in a multi-dimensional manner, and that’s their hope. For that, we believe we can help that – we have Sony Pictures and Sony Music, and Bungie can leverage our platform so that their IP can flourish and grow big.

The most obvious of Bungie’s IPs to turn into a film is Destiny. The Destiny universe would certainly lend itself well as a counter to the Disney’s continued MCU/Star Wars barrage. Guardians are like a cross between superheroes and Rebel Alliance soldiers, and done right a Destiny movie could definitely attract massive audiences.

So, what else is there besides Destiny? Halo is out of the question, and of its remaining IPs there are two that are attractive for a film adaptation: Oni and Marathon. Either of these series would make a great film, but I’m almost positive that Sony is only really interested in Destiny.

No official announcements concerning a Destiny movie or TV show has been made yet. However, we’d put our bets on one coming within the next couple of years.

In other news, Ghostwire Tokyo’s release date was confirmed, and Suicide Squad: Kill the Justice League was delayed.