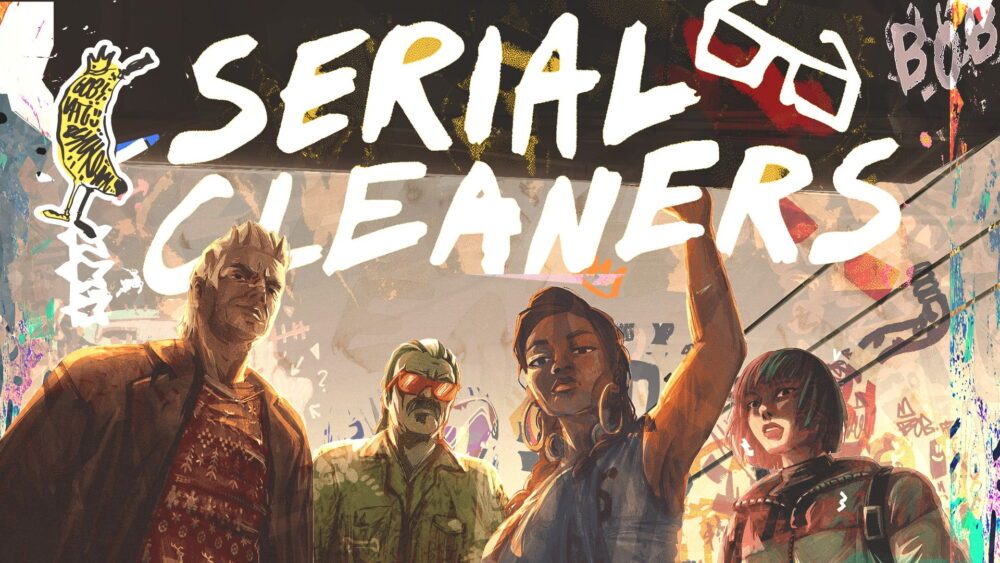 Draw Distance’s follow-up to Serial Cleaner, Serial Cleaners is out now on PC and consoles. Published this time by 505 Games, Serial Cleaners switch up the aesthetic to the grungy “neo-expressionism” of the 90s and ups the playable character count to 4- each with different skillsets and abilities.

In Serial Cleaners, you are the cleaners that arrive to clean up a crime scene, but as commissioned by the ruthless mobs that caused it. Remove all the evidence, escape the cops.

Serial Cleaners has you play as Bob C. Leaner (heh), Psycho, Lati and Vip3r, each sharing their own stories of their work, though not all of the stories being told seem to line up.

However, the release on Switch for Europe will be on October 6, and in Korea “at a later date”. Similarly, the launch of the game on PS4, PS5 and Switch in Japan “will be confirmed soon”.