Stranger of Paradise: Final Fantasy Origin is, quite fittingly, one of the strangest games in the long-running franchise. Developed by Team Ninja – best known for Dead or Alive, Ninja Gaiden, and Nioh – it’s an awkward mishmash that fuses the studio’s action-heavy DNA with familiar ideas and imagery plucked from Square’s flagship roleplaying series. Does the end result make for a spinoff worth playing? Here’s our Stranger of Paradise: Final Fantasy Origin review.

Let’s quickly address the lumbering elephant in the room, as it’s pretty hard to ignore. The story, setting, and characters in this game are straight up Bad with a capital ‘B’. That was the impression we got from our first look at Stranger in Paradise and, sadly, little has changed. Despite touting a cool premise, in which a group of characters find themselves sucked into the world of 1987’s Final Fantasy, there are few redeemable qualities to the game’s narrative.

They can’t be classed as mainline Final Fantasy protagonists, but our group of five heroes are still shockingly devoid of depth. Each conversational cutscene churns up the same flat, one-note dialogue with our leading man, Jack Garland, being the main culprit. His meme-worthy rants about destroying Chaos are honestly non-stop. While there have been clear attempts to flesh out the game’s lore elsewhere, this is all hidden in loading screens and collectibles, forcing players to piece together these text entries to make full sense of what’s actually going on.

Without a compelling narrative or likeable characters, we’re left with an action-heavy roleplaying game that borrows a menagerie of monsters and combat classes from the Final Fantasy universe. Thankfully, the rest of the game is strong enough to make up for the fact the story is flat out awful, though this will still leave a bad smell in the nose of zealous series fans. 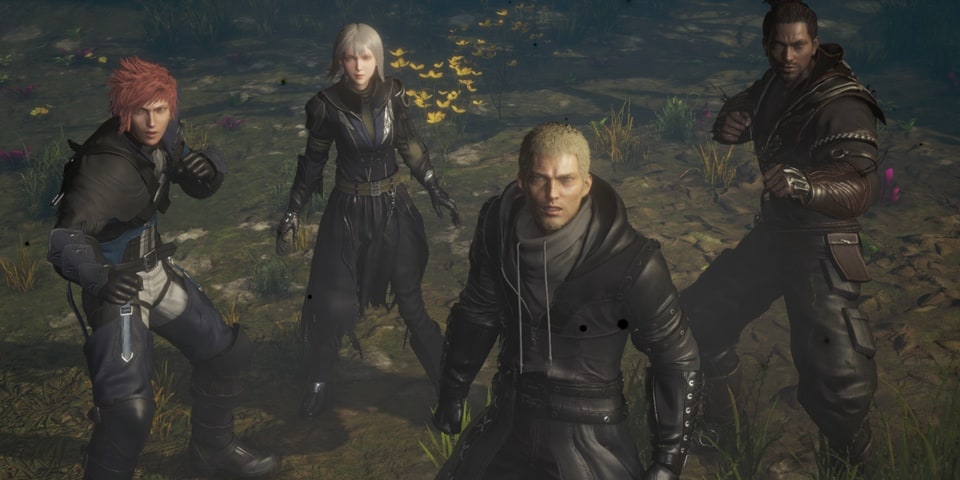 Unsurprisingly, a lot of what’s on offer in Stranger of Paradise mimics Team Ninja’s recent work on the superb Nioh 2. This can be felt as you dole out devastating combos and seamlessly switch between two equipped loadouts, amassing a treasure trove of gear to outfit Jack and his companions. However, instead of simply carrying two weapons, you are effectively assigning two jobs, each with their own skill tree of perks and abilities. Those who have played Final Fantasy games in the past will be familiar with the array of specialisations here, from the brawling Pugilist and tanky Marauder, to the mystifying Sage and jump-loving Dragoon.

Initially, there’s an overwhelming level of depth to this job system. However, RPG fans are in for a real treat once they find their bearings, given how many customisation options there are. You’ll never be locked into one job for too long, mixing up your gear and loadouts, while cherry picking key skills from the classes you’ve mastered. For example, if you want to create a self-healing Assassin build, levelling up the Marauder job will allow you to borrow his nifty lifesteal power.

Stranger of Paradise: Final Fantasy Origin is split between a series of missions, containing each quest within its own linear gauntlet. From the layout of maps to combat gameplay, it feels like a lighter, simplified version of Team Ninja’s Nioh template, though it’s no less punishing. Enemies can wipe you out in a couple of hits and boss battles are designed to be mastered over the course of multiple attempts. There is a casual difficulty option for those who just want to immerse themselves without being brutalised – something sorely missing from games in the soulslike subgenre. 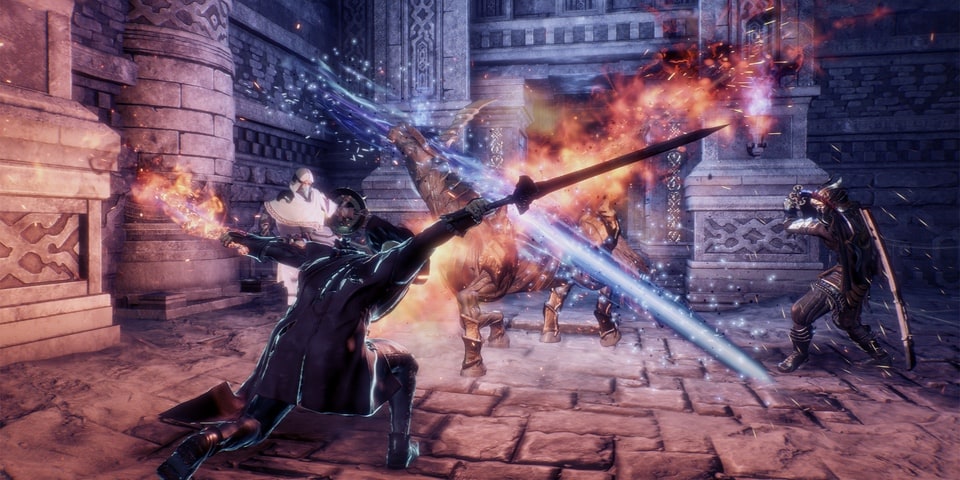 Online multiplayer is also available, allowing you and two other Warriors of Light to embark on missions together. This is a particularly fun way to experience Stranger of Paradise, especially if you want to specialise in the game’s more support-focused jobs. Playing with two AI companions is fine, though the party system isn’t exactly a highlight.

One last gripe we have is the art direction. At times the game can look great, particularly when Team Ninja reimagines many of Final Fantasy’s iconic creatures, but most environments are pretty uninspiring, even if we do get a diverse patchwork of biomes to battle through. Then there are the main characters, Jack, Jed, Ash, Neon, and Sophia. They’re so disappointingly bland for a Final Fantasy title, it’s almost as if they’re leftovers from Dead or Alive’s roster that never made it into the fighting game. Given Tetsuya Nomura’s involvement, we were expecting much better.