Included in the agreement is the provider’s entire suite of Swintt Select and Premium Games, so players who appreciate innovative features and state-of-the-art graphics will also be able to experience popular releases such as its island-inspired Aloha Spirit XtraLock, and Candy Gold, which was the first game in the Select collection to utilize a cluster pays mechanic and cascading wins in lieu of conventional pay lines.

The deal has something for everyone, including those players who are fans of classic land-based slot machines who will now be able to enjoy Swintt’s standout Premium Games collection. These titles combine recognizable fruit-themed symbols and easy to navigate gameplay mechanics with free spins and expanding wilds, along with various bonus features, making them ideal for more traditional players. 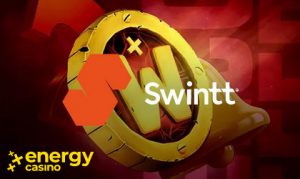 Some of the most popular titles within the Premium range include those from the player-favorite “book” series, such as Master of Books Unlimited, Seven Seven and Win Eagle, which was released in August 2022 and comes complete with Wheel of Fortune bonus, respins, expanding wilds, and a MAXI prize worth 800x the selected stake! And each of these games is playable on desktop and mobile device.

The ability of the MGA and UKGC-licensed platform to offer its players such an impressive collection will also help establish its position as a top performing operator in the regulated Malta market. The Probe Investments Limited-operated site was established in 2013 and already boasts a diverse and expansive offering of slots, live casino and table games and reportedly has “an outstanding reputation for site security and player protection.”

The alliance is an “important step” for Swintt and EnergyCasino, with the latter able to provide an even greater variety of games to its players in regulated MGA markets, while the former will have the opportunity to offer its highly rated slot collection to a whole new audience in both Europe and beyond. 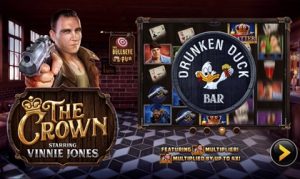 Commenting on the recent tie-up, David Mann, Chief Executive Officer for Swintt, lauded EnergyCasino as being “one of Malta’s top online casino platforms,” and as also being a company based in Malta, they are “delighted” to team up with them to offer their games to an even greater number of players in MGA markets worldwide.

The CEO explains that with both of their Select and Premium Game portfolios going live on the online casino site this month, “there’ll be something for everyone in the Swintt catalogue and we’re looking forward to enjoying a long and successful collaboration with the brand as we help them to cement their position as market leaders.

“EnergyCasino has always prided itself on bringing the very best in online entertainment to players on a platform that adheres to the highest standards of security and customer wellbeing. We’ve been hugely impressed with the great work Swintt has been doing over the past couple of years and believe by teaming up with them, we’ll be able to enhance our offering by providing an even more compelling line-up of games to slot fans in all MGA markets.”

The latest deal follows back-to-back releases Maximator and Pyramid of Light slots and other new partnerships with online casino brand, Pixel.bet., the promotion of former Chief Commercial Officer David Mann to the leading role at the company, and being named winners of the Innovation In Mobile category at the EGR B2B Awards 2022.