With pretty much everyone telling them that NFTs are stupid and harmful and that they shouldn’t make them, Team17 has announced the cancellation of the “MetaWorms” NFTs. The project survived roughly 33 hours.

In a short statement, Team17 says:

Team17 is today announcing an end to the MetaWorms NFT project. We have listened to our teamsters, development partners, and our games’ communities, and the concerns they’ve expressed, and have therefore taken the decision to step back from the NFT space.

Jumping in feet first with procedurally generated “MetaWorms” that would be created and then sold to those convinced that NFTs are a good idea, Team17 tried to take the best path they could into treacherous waters. At the very least they chose to partner with a company that used proof of stake as opposed to proof of work, meaning that energy consumption for maintaining the digital receipts would be massively reduced, but this did nothing to persuade the games industry at large.

The move seemed to take Team17 employees and development partners by surprise. There has been internal push-back, and Aggro Crab, the developer of Team17 published Going under, took to twitter to say they would no longer work with Team17, saying that “We believe NFTs cannot be environmentally friendly, or useful, and really are just an overall fucking grift.”

NFTs have be thrown into the spotlight over the past year, with numerous major publishers expressing an interest and testing the waters with their own NFT sales. Ubisoft launched Quartz as a new platform (and then said that people just don’t “get it” when people hated the decision), Square Enix has announced future NFTs, Konami has launched a range of digital artwork, and on and on. Team17’s effort lasted less time even than GSC Game Worlds’ attempt to sell a custom character in STALKER 2.

While I’m glad that Team17’s management saw sense in this matter – I wholeheartedly agree with Aggro Crab – it’s disheartening to see so many companies jumping on the opportunity, whether they see it as a way to make a money or have been deluded into thinking they’re a genuinely good idea.

Also… the example MetaWorm was as ugly as all hell. 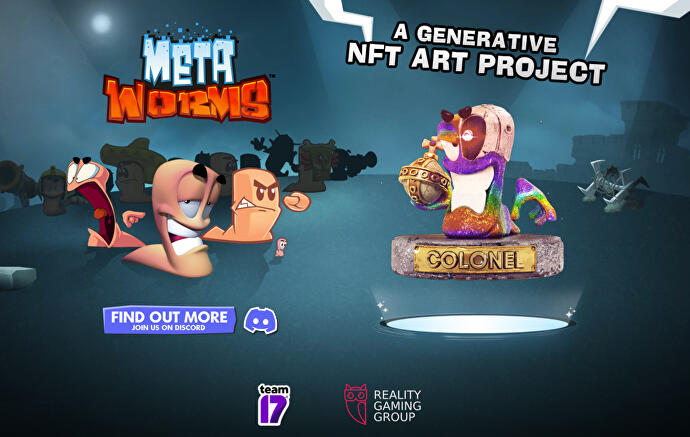