‘Tis always the season to get spooky, and though Nintendo Switch is often cast aside as a family friendly platform, there’s plenty of creepy treats to keep you up at night. Whether you’re looking for zombies, ghosts, demons, or mind-bending psychological scares, you’re bound to find something in this banquet of horror.

In our list of the best Switch horror games, you’ll find spooky vibes for the easily spooked, creepy classics crawling out of the crypt, a myriad of jarring J-horror, and a collection of the best horror experiences to keep you on the edge of your seat. So, grab your pillow and turn off the lights, it’s about to get scary.

Spooky vibes for the easily spooked

Let’s start with an appetiser. These are some great spooky-themed games that will let you dip your toes into the genre without turning your hair white in terror. 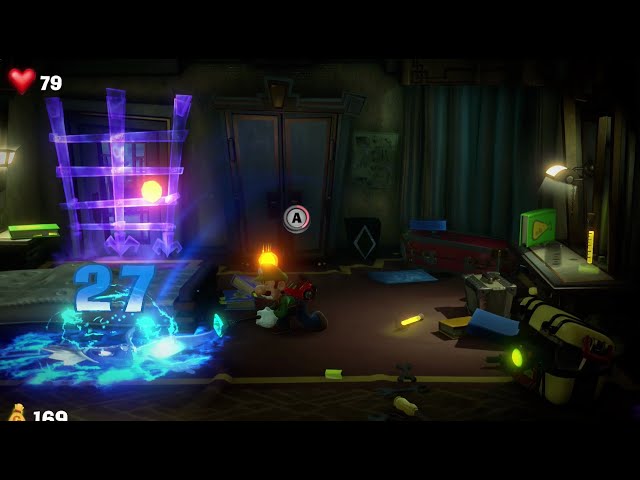 Take Luigi on a (not so) relaxing getaway to Last Resort, and embark on a ghostly, gooey quest to save Mario from the clutches of a haunted hotel. With heaps of creepy capers and madcap fun, this is an accessible spookfest that can be played by the whole family in local or online co-op. 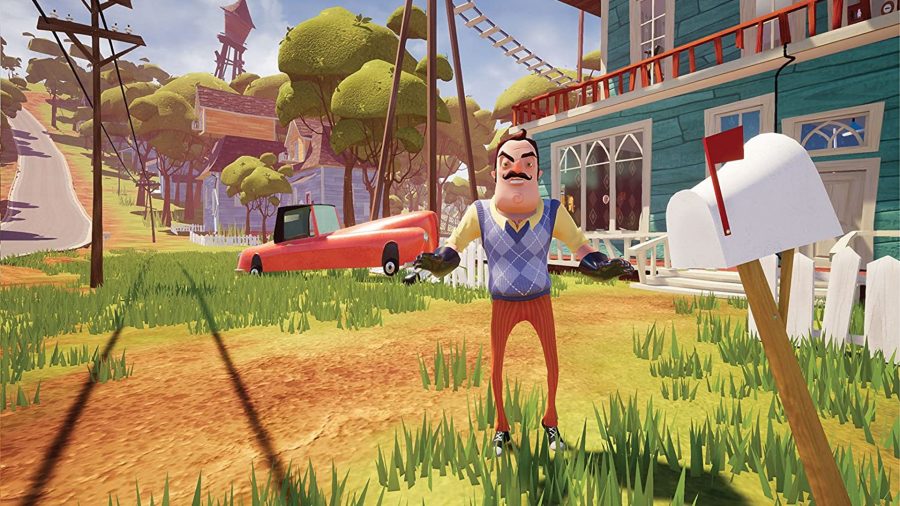 Traverse traps and hide from the horrors of your creepy neighbour, as you attempt to uncover the mysterious secrets hidden in his basement. With an advanced AI quick to learn your every move, you have to be smart and switch up your tactics if you want to succeed. 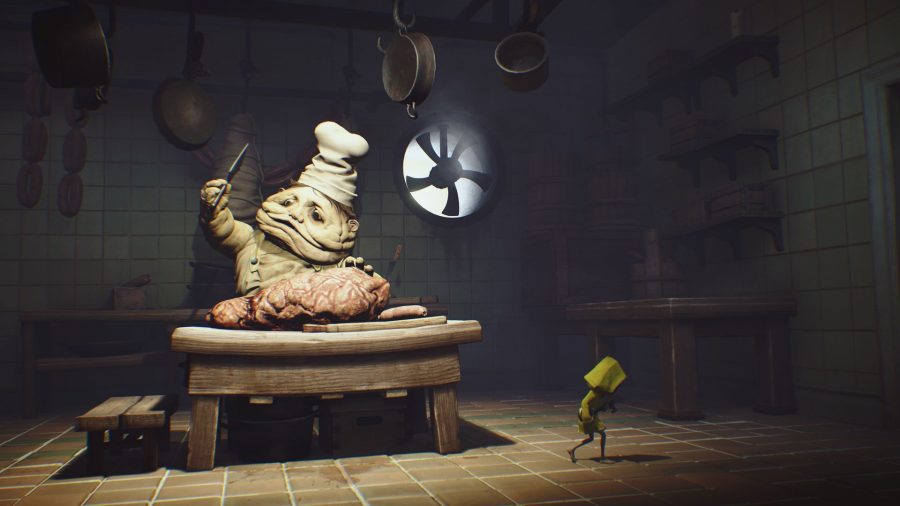 The Little Nightmares games are eerie, yet whimsical, tales that take you on an adventure through childhood fears. Featuring puzzle platform elements and plenty of ominous enemies, the art and sound design is truly creepy, keeping you in a constant state of suspense. 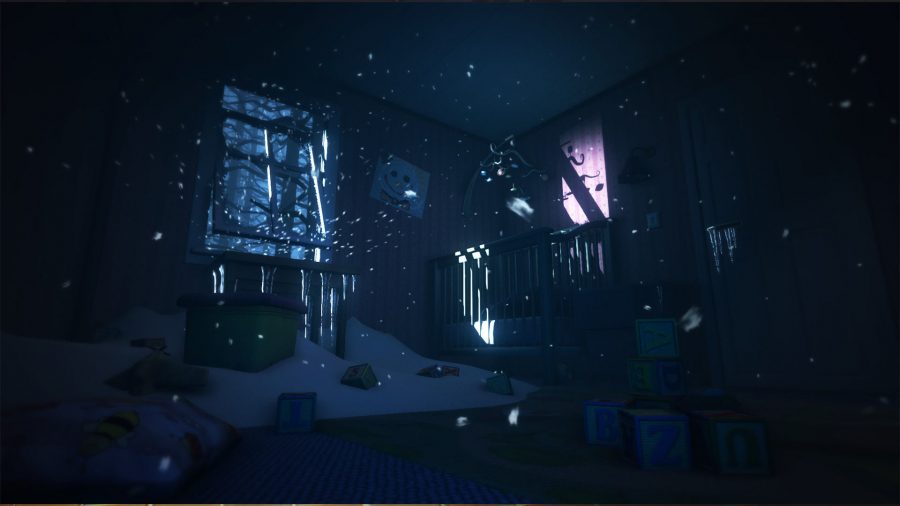 Among the Sleep – Enhanced Edition

In this surreal, sinister, first-person horror adventure, you slip on the jim-jams of a brave little two-year-old. Your mother is missing, and there are spooky secrets to be unveiled – luckily you have your trusty teddy by your side, right?

For every genre, there are those games that just can’t be ignored. These creepy classics have taken the world by storm, visited iconic faces of terror, or risen from the grave in fantastic, fear-inducing remasters. 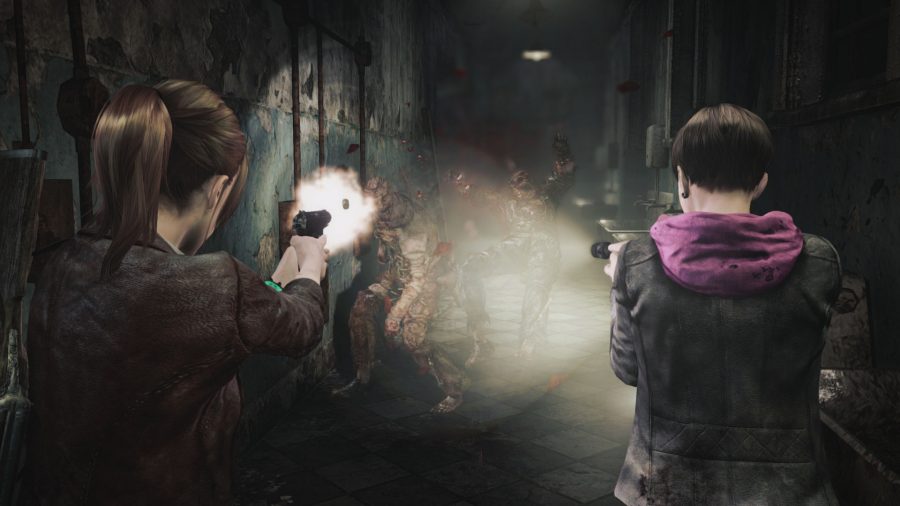 Resident Evil is a series that needs no introduction, and we simply can’t choose one game for this list – we love all of them! Relive the nightmare with the classic ports or delve into the horror of Revelations, in these truly terrifying survival horror gems. 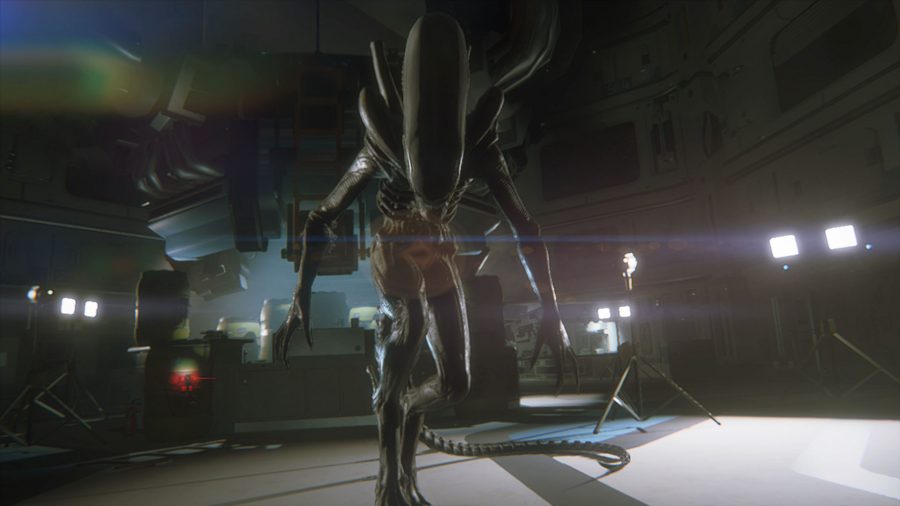 In this outstanding return to the world of Alien, you find yourself in the shoes of Ripley’s daughter. Trapped on a desolate spacecraft, you have to use everything at your disposal to avoid the terrifying Xenomorph and uncover the secret of your mother’s disappearance – and, oh you know, survive. 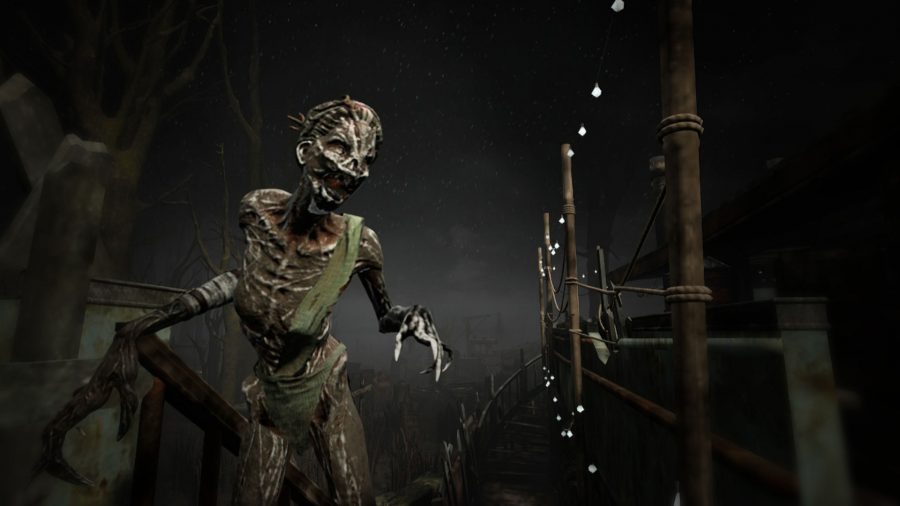 In this epic 1v4 horror survival experience, you must choose between playing an unstoppable killer and one of four survivors. As a killer, you have nine options to choose from, including sadistic slashers and fearsome phantoms. As a survivor, you get to pick from ten characters, then it’s up to you how to play – will you help your teammates, or will you save yourself by throwing them under the chainsaw? No matter what, it’s sure to be bloody good fun. 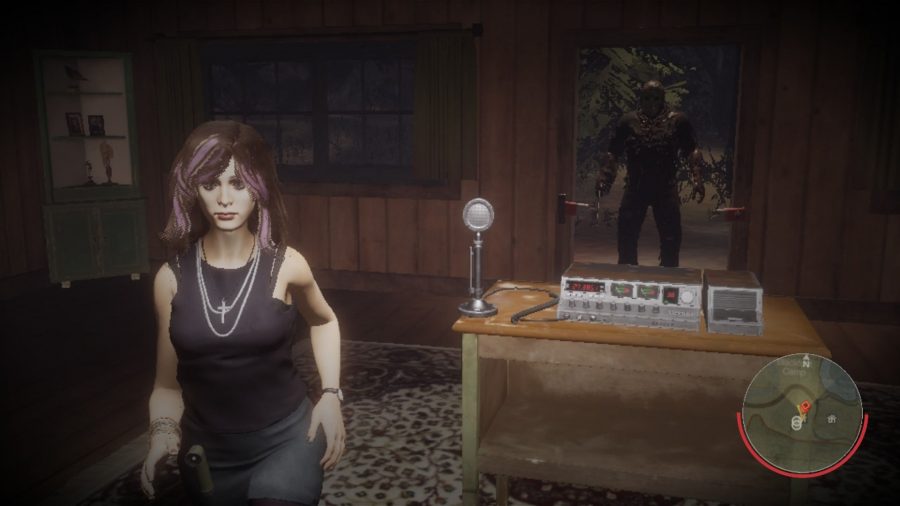 Friday the 13th the game has had a pretty tragic history (Matt McMuscles did a brilliant What Happened video on the topic) and due to a lot of legal drama, new content has unfortunately halted. However, if you can overlook the lack of polish in some areas, you’ll uncover a treasure trove of details that speak to a real passion for the movies. Dedicated servers are no longer available, but you can still have some slashing fun with good old Jason down by Crystal Cove through peer-to-peer servers. It’s a true ode to the horror classics, and hopefully one day we’ll see it revived once again. 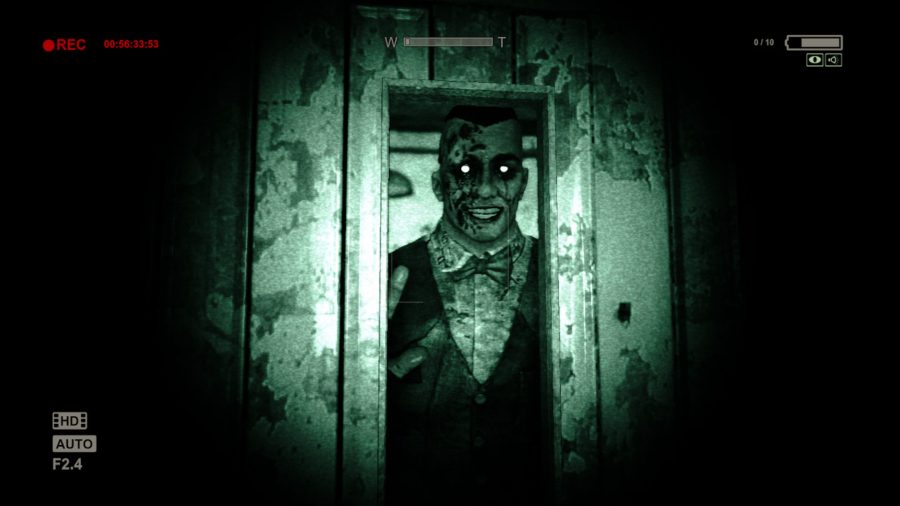 Outlast is another outstanding entry into the survival horror genre, with an unmissable atmosphere full of foreboding frights. As an investigative journalist exploring a remote asylum in Colorado, you find yourself walking the terrifying line between religion, science, and something truly otherworldly. Running and hiding are your only tools, as you desperately hope to make it out alive. 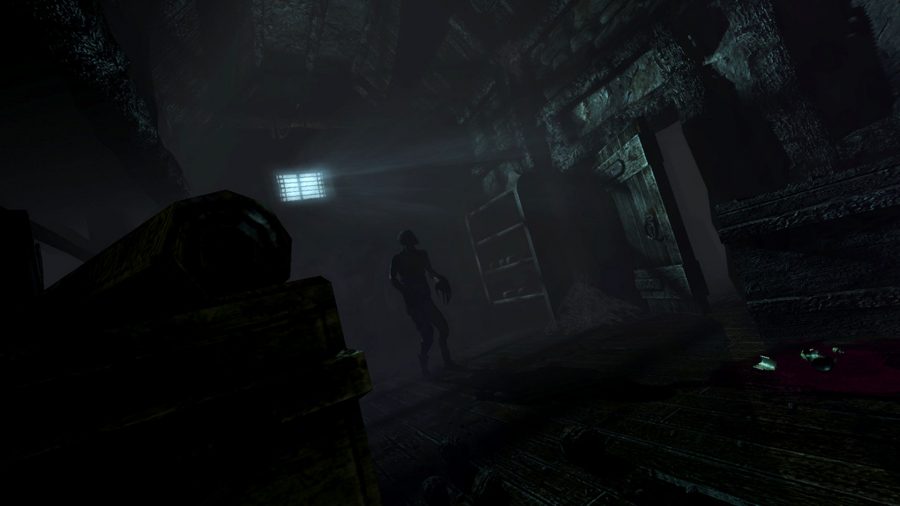 No horror game collection is complete without Amnesia. As the phenomenon that kick-started the ‘Let’s Play’ craze, the Amnesia series has become an important staple in the genre. With such a haunting atmosphere and so many spooks, it traumatised an entire generation. Immerse yourself in a waking nightmare of horror survival, as you explore the eerie, desolate castle, where every little scrape and groan has you hiding behind the sofa. 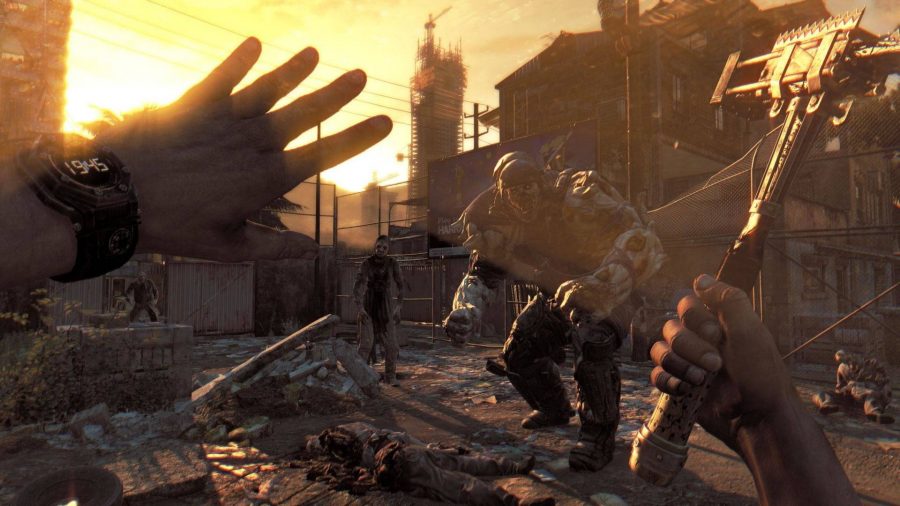 Who doesn’t love a good zombie flick? Fight your way through flesh-hungry zombies in this epic, first-person action survival game set in a post-apocalyptic open world. The platinum edition has recently hit the Switch, and we described it as “a game to die for”. Find out more in our Dying Light: Platinum Edition Switch review.

It’s safe to say that Japanese horror movies have had a massive impact on the film world over the past few decades, with the early 2000’s being dominated by monstrous masterpieces from the east (along with some pretty underwhelming western remakes). Well, the same can be said for horror games. J-Horror games often hold a unique sense of tension and foreboding that is hard to replicate – or shake, for that matter. Here are some of our favourites for the Switch. 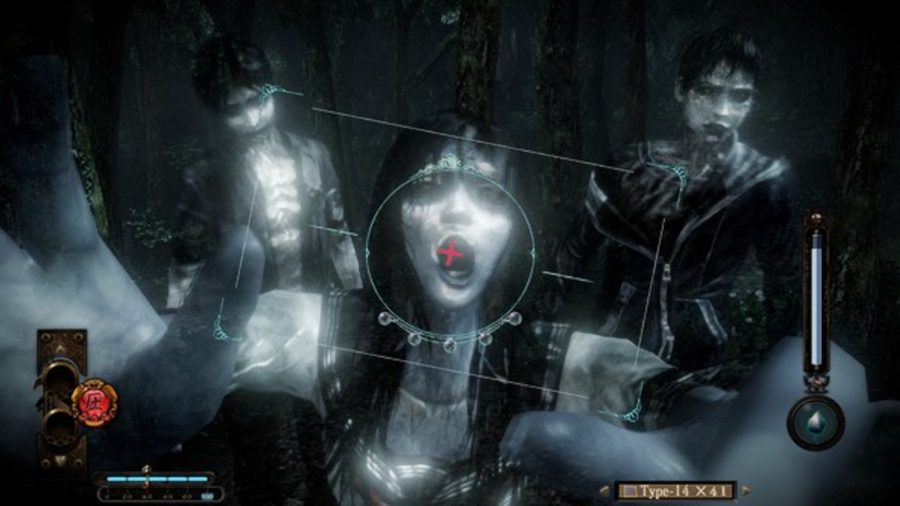 Koei Tecmo’s Fatal Frame series has been a classic for a while now, with the first game coming out way back in 2001. Set in 1980’s Japan, these horror survival gems have you shooting snaps of ghosts in locations plagued by supernatural events. Fatal Frame: Maiden of Black Water originally came out in Japan on WiiU in 2014, but is finally set for a worldwide release this month. Keep an eye out for our upcoming review! 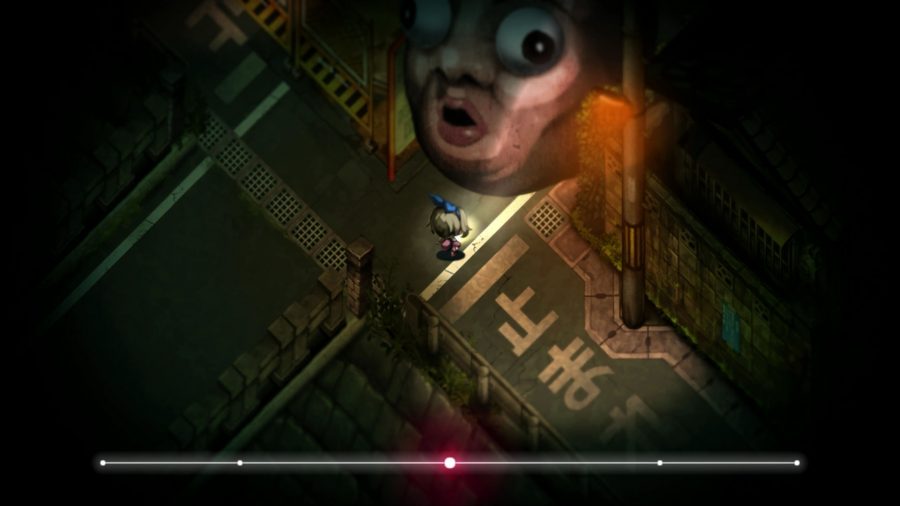 Don’t let the adorable characters fool you – Yomawari: The Long Night Edition is a short but sweet 2D horror game full of ghastly ghouls. Take the role of a young girl in search of her sister, as you traverse a haunting, rural Japanese town, hiding from the creatures that lurk in the night. 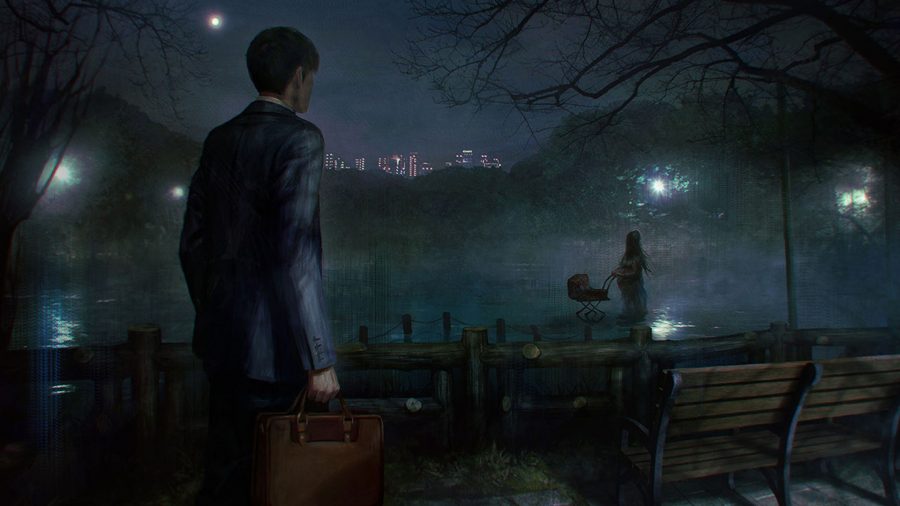 The Spirit Hunter games are enveloping visual novel adventures, where you uncover clues, team up with suspicious and shady characters, and make dangerous decisions to survive. The two games are independent of each other, telling very different stories, so it doesn’t matter what order you play them in. Either way, you can count on plenty of chilling apparitions at every turn. 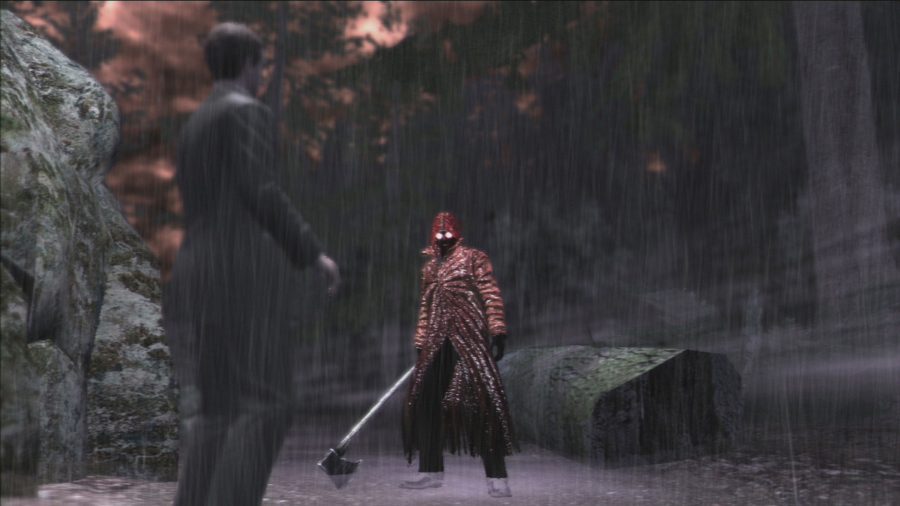 It’s clunky, it’s funky, it’s spunky – it’s Deadly Premonition Origins. After being released for Xbox 360 back in 2010, it’s gathered quite the reputation, along with a loving fanbase. Essentially a B-movie as a videogame, (i.e. perfectly imperfect horror junk food), you take the role of Zach, an FBI agent who set out to catch a serial killer in a small town in North America. The game has plenty of flaws and bugs, and isn’t for everyone. But what it lacks in polish, it makes up for in spirit and charm. 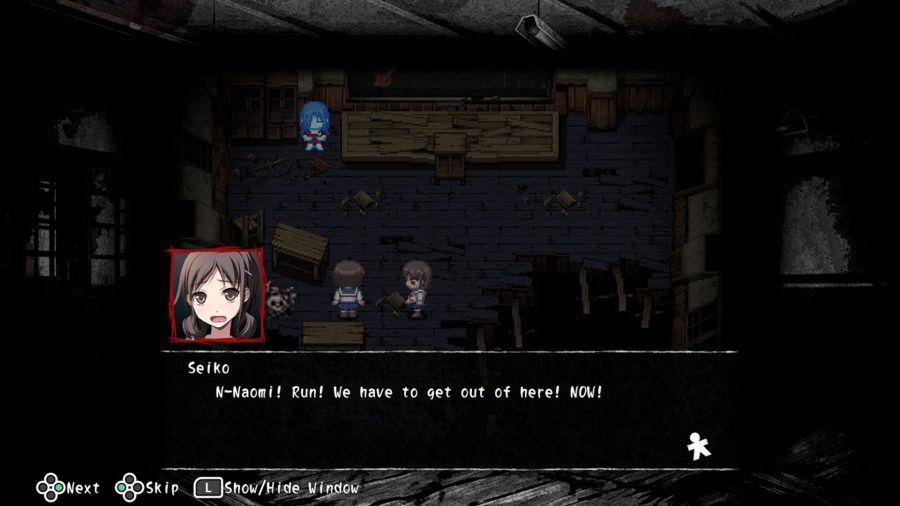 Ain’t no party like a Corpse Party! This game has become an indie cult classic over the years, and this version is updated for the current generation, with two extra chapters and two new characters. After a ritual goes wrong, a group of students and their homeroom teacher find themselves trapped in a haunted school. As they split up, it’s your job to ensure their survival, with a fine mix of point and click, battleless RPG, and visual novel elements.

This section is dedicated to the games that take you on a unique journey of terror, offering an experience unlike any other. Whether you’re wandering through the distorted mansion of a sick artist’s mind, or you’re facing the fears of the past, they aim to get under your skin in a way you just can’t shake.

The first time I picked up Layers of Fear was because a friend had bought it, but found themselves too scared to play it on their own. What ensued was my housemates hiding behind cushions as I slowly crept around the creaking, distorted house, all of us jumping out of our skin every time the phone rang or a window smashed. This, to me, is a perfect example of the true joy of horror. Layers of Fear is a walking simulator with no combat, but its narrative, eerie sense of foreboding, and wonderful references to classic literature and art make for a great experience. 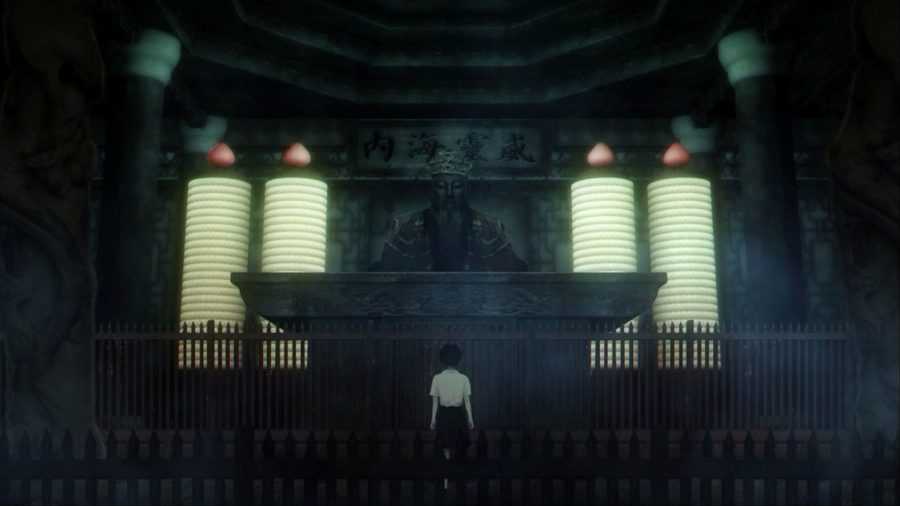 Detention is a beautifully haunting game with roots deep in Taiwanese-Chinese folklore and myth, along with the oppressive horror of the White Terror and martial law. As you traverse the 1960s high school, rendered in gorgeous yet macabre 2D, you find yourself immersed in a world of hostile supernatural events, as well as a deep fear of the monsters within us all. It touches on some heavy subjects, and may cut close to the bone for some, but if you think you can handle it, it is a truly artful little gem. 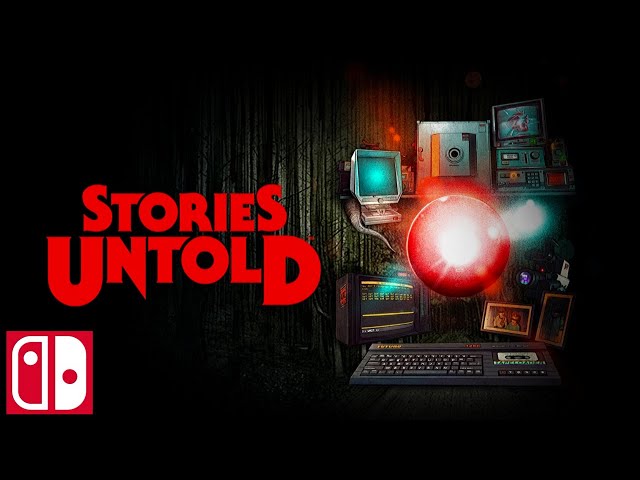 Stories Untold is a weird one, but with Devolver’s name slapped on it, you can’t really expect anything less. If you’re a fan of movies like V/H/S, or analogue horror (web series like Local58, The Walton Files, or Gemini Home Entertainment), then this one is for you. This episodic horror collects four different stories, all with unique settings, gameplay, and mechanics, and ties them together with a retro, text-based bow – and some awesome synthwave music to boot.