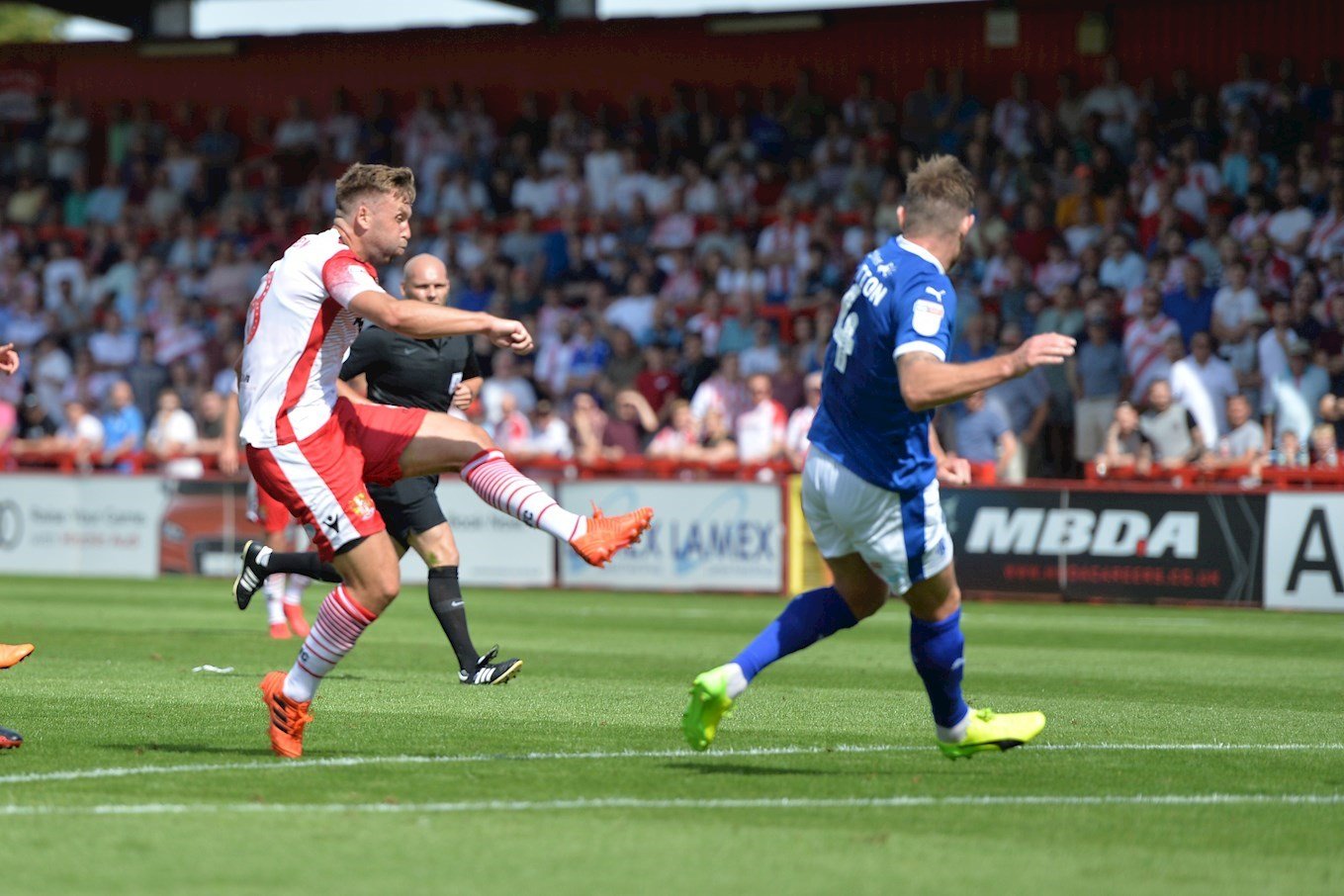 Tranmere Rovers will be looking to bounce back from Saturday’s defeat to Forest Green Rovers when they host Stevenage at Prenton Park.

Meanwhile, Stevenage have recently enjoyed an upturn in fortunes in recent weeks and will aim to extend their unbeaten run to six games on Tuesday.

Promotion-chasing Tranmere suffered a heavy defeat at the hands of league leaders Forest Green at the weekend.

Tranmere saw their ten-game unbeaten run come to an end with two Forest Green Rovers goals either side of half time, but they have the chance to respond immediately on Tuesday.

Despite losing at home on Saturday, Tranmere hold the second-best home record in League Two this season having picked up 30 points from their 14 league matches at Prenton Park.

Their defensive quality has played a key role in their impressive home form, keeping eight league clean sheets at home this season.

On the other hand, Stevenage are climbing up the table and find themselves in 17th place after avoiding defeat in their last five league matches.

The Boro eased to a 3-0 victory at home over Harrogate Town, with Jake Taylor, Jake Reeves and Luke Norris all getting on the scoresheet.

Stevenage have played four their last five matches at home, and they now face a task of consecutive away fixtures starting with Tuesday’s game at Prenton Park.

Paul Tisdale’s side have picked up just seven of the 31 points away from home, and they are still searching for their second away league win of the season, something they will want to do on Tuesday.

With goals being hard to come by on their outings, Stevenage have failed to score in eight of their 13 away matches, while Oldham have scored fewer goals (6) on the road in League Two this season than Stevenage (7).

Tranmere lost their last home match 4-0 to Forest Green Rovers in the league. However, they have recently been on a good form at home as they managed to win three straight matches prior to that. They however lost 2-1 to Harrogate Town on December 21 in the EFL Trophy.

Tranmere have recently been on a good run of form on the road, as they have not lost in their last five away matches. Their last away defeat came on December 4 when they lost 4-0 to Leyton Orient. They have won four and drawn one of their last five matches.

Stevenage have recently been on a good run of form at home, having not lost in any of their last four matches. Their last home defeat came on December 11 when they lost 2-0 to Carlisle United. They have won three, drawn two and lost one of their last five matches.

Nathaniel Knight-Percival returned from injury to start on Saturday, and he is expected to partner Peter Clarke in the centre of defence on Tuesday.

Charlie Jolley is expected to start up front alongside Kane Hemmings, while defender Tom Davies is a doubt after missing the last two games due to injury.

Stevenage could name an unchanged team after an impressive display at the weekend, which could see them line up with a familiar centre back partnership of Scott Cuthbert and Luke Prosser.

After scoring at the weekend, Reeves will again feature in a midfield three alongside Terence Vancooten and Zain Westbrooke.

Stevenage head to Tuesday’s contest having struggled away from home, and they will play against a Tranmere side who have not drawn at home all season.

We see the visitor coming up short in the midweek game, with the hosts having won five of their last six home league games.