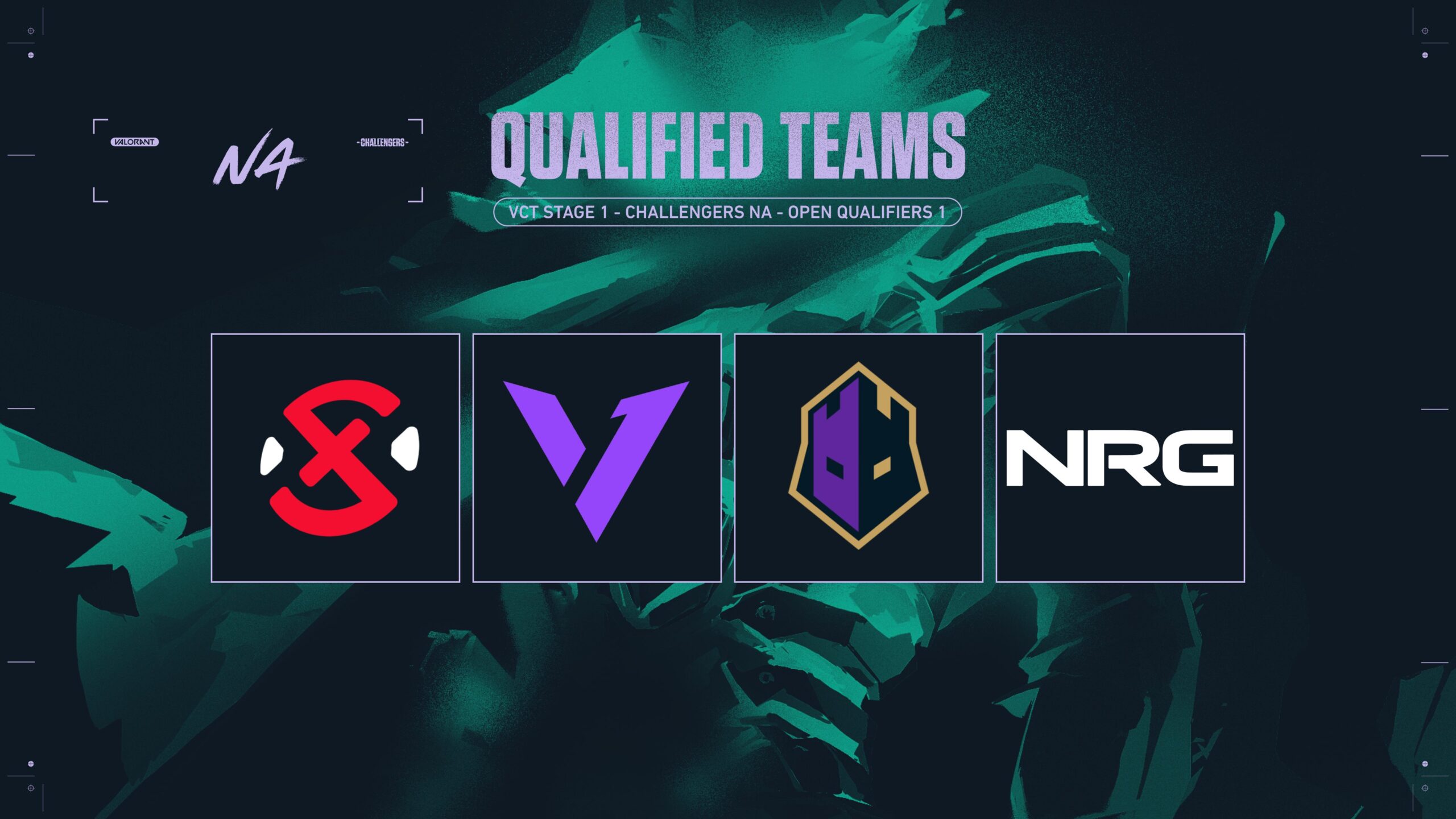 The four sides will join Sentinels, Envy, Cloud9 and 100 Thieves in the group stages.

The first VCT Stage 1 open qualifiers for North America are in the books. Version1, XSET, NRG and The Guard have all got their tickets to the Stage 1 group stages. ESTNN briefly breaks down exactly how each side progressed.

Version one runs the table and goes undefeated

Practise paid off for Version1 as they took the Open Qualifiers by storm. After competing in the Knights Arena Valorampage tournament, V1 came in with a clear identity on how they wanted to play the game. The team had a less than stellar performance at the NA LCQ, they had just changed out their roster and had little time to turn things around.

V1 then again had the unfortunate task of taking on Cloud9 in the opening round of the Valorampage bracket. Although they had an early exit, getting to play against a strong tier one squad is an irreplaceable stage experience.

Version1 looked phenomenal across the board, the North American side went undefeated throughout the winners bracket, even taking down a tier one team in Rise to book their ticket for the Group Stages.

Flawless run to qualify for VCT 🤌

See you at the main event 😎 pic.twitter.com/tY5WmnHxy7

Changing of The Guard. ⚔

Another of the early entrants into the group stages was XSET. The squad made minimal changes to what already was a competitive roster in North America. Although they fell short at the last hurdle last year, XSET still put up on hell of a fight and was one of the teams to watch in these open qualifiers.

Although XSET dropped a map to Radiance in the top 16 portion of the event, the North American side went flawless in their next set of games, even taking down an upsurging team in The Guard. There are a lot of positives for XSET to take away from this open qualifiers. It is nice for them to secure their spot in the group stages early and not have to reveal any new strategies in open qualifier 2.

The Guard and NRG rounds out qualified teams

They may have had to do it the hard way, but NRG qualified for the stage one group stages after making an impressive lower bracket run. Prior to the open qualifiers, NRG got some valuable stage time at the Valorampage event. They made it all the way to the finals and ultimately could have taken down tournament favorites in Cloud9. Sadly, the 9-3 curse is real, and the rest is history.

NRG had a solid tournament all things considered. Although they fell to XSET early in the upper bracket, they had much more to show and beating Rise 2-0 was enough evidence to prove they are a team that is ramping up.

Moving onto The Guard, they have been the surprise of the tournament and a worthy entrant into the group stage. Despite only being an organization for a minute, The Guard has put together a strong roster and will be a team to watch heading into Challengers 1. The Guard had inconsistent performances heading into the qualifiers, winning their most recent event but failing to reach the championship rounds in previous C-tier events.

Remember our name: the journey only begins here.

We’ll see you all at the #VCT Challengers Stage 1 Main Event.#StandGuard pic.twitter.com/NX6TzdDUzD

The NA side did not have it easy either, with multiple close best-of-threes before finally falling to XSET in the upper bracket. The Guard had one last shot at glory, taking on Akrew that had just knocked out TSM. Fortunately for them, they were able to get it done in two maps and qualify for the group stages.