The concept of statistical ‘doppelgängers’ — literally german for ‘doubles,’ or ‘look-alike’ — is one that may sound familiar from traditional sports, where it already exists. It probably originated in scouting, where a lower league manager might ask their recruitment team for ‘a player like Casemiro,’ for example. Then, the stats team uses a variety of different data points to find someone with similar output to the chosen player. The one with the closest match is then declared the ‘doppelgänger.’

Finding doppelgängers is a useful process for a variety of reasons. It immediately gives those unfamiliar with a new player a frame of reference for their style, rather than being presented with a dense spreadsheet, and it narrows search time down, meaning there are less demos or scouting trips to undertake. It’s also, frankly, quite a lot of fun.

JDC and xertioN are most similar to yuurih and EliGE, statistically speaking

There are, however, a few caveats. This process only takes players’ statistical output into consideration, which means that, although we are looking for a player that frags as much, dies as much, and opens rounds as much as, say, Nikola “⁠NiKo⁠” Kovač, we cannot guarantee that our doppelgänger plays the same spots as NiKo, or has as precise aim.

Like anything, the more advanced the statistical metrics we use, the more accurate this process will be — an area we might fall short in, compared to traditional sports. Yet, we still have enough metrics to get somewhat satisfying results, even if the lower level in the academy league means we are more likely that the youngsters will be matched with ‘star players’ as their tier one doppelgängers. So, with all those caveats out of the way, let’s take a look. Who are our WePlay Academy League stars most similar to in tier one?

For more information on methodology, scroll to the end of the article 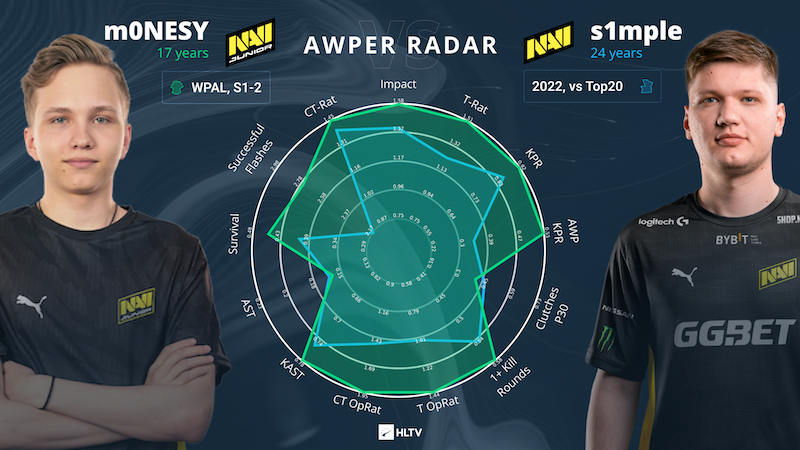 First things first, let’s take a player who has already graduated out of the academy system: m0NESY. The Yellow Flash is already putting our system under heavy strain, such were his performances in the Academy League. The only player that even comes close (with a measly 58.9% match) in tier one is Oleksandr “⁠s1mple⁠” Kostyliev, but Academy-league m0NESY is still leagues ahead of the greatest player of all time, statistically.

m0NESY was essentially a supercharged version of s1mple: more aggressive (26.8% OpK Attempts to 23.4%), more flash assists (0.07 to 0.05), and more frags on the board (0.92 KPR to 0.85). It didn’t take a genius to guess that m0NESY was destined for tier one, evidenced by both his hefty pricetag and his solid performances since joining G2. 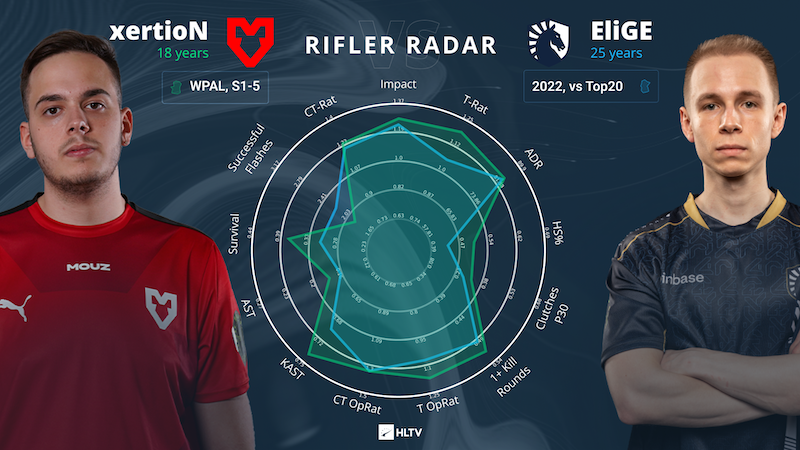 Next up is the WePlay pipeline’s most recent graduate, xertioN. The player our system throws up to be the Isreali’s doppelgänger is Jonathan “⁠EliGE⁠” Jablonowski, and nearly all of his close matches are ultra-aggressive riflers.

This result might give a hint as to why the excellent xertioN had to wait longer for his jump to MOUZ than Ádám “⁠torzsi⁠” Torzsás or Jon “⁠JDC⁠” de Castro: xertioN‘s NXT roles are similar to that of MOUZ‘s star rifler David “⁠frozen⁠” Čerňanský. In that role clash, it is hard to see xertioN having priority over frozen.

However, with Aurimas “⁠Bymas⁠” Pipiras‘s removal — and MOUZ‘s desire to tie down xertioN to a longer contract amid a lot of interest from other teams — frozen was free to move to a “lurk-support” role on T-sides, opening up a gap in xertioN‘s perfect roles. 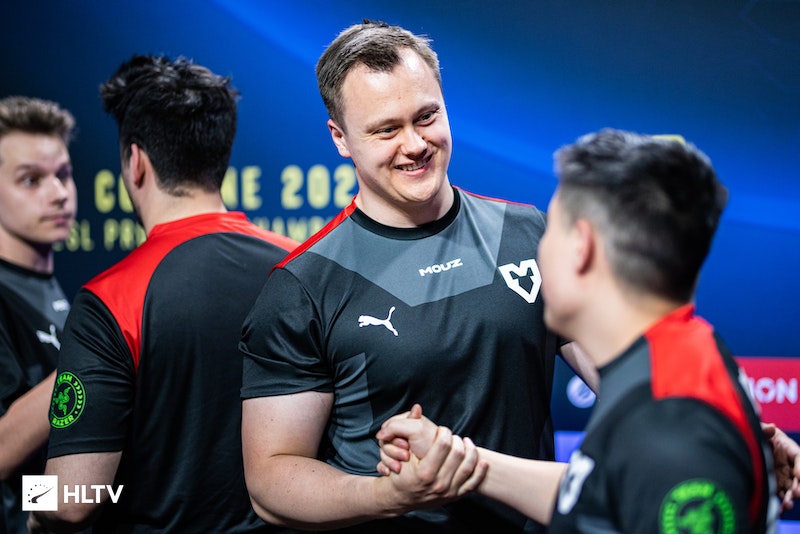 sycrone: “There was a lot of interest for xertioN from a lot of top teams”

Now, as the senior side’s aggressive spacemaker in defaults, xertioN is free to try and recreate his strong academy form in the big leagues. The 18-year-old had shown serious promise doing just that, posting 84 ADR, 74% KAST, and a 1.21 rating whilst attempting 30% of MOUZ NXT‘s opening duels. 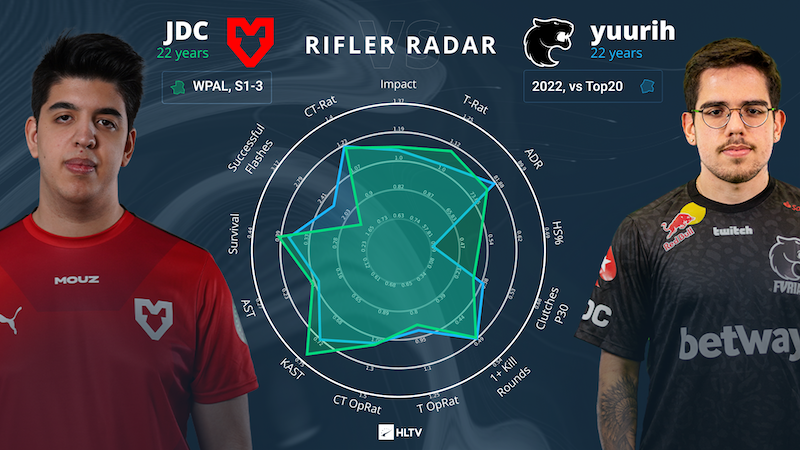 Speaking of JDC, his best match is actually Yuri “⁠yuurih⁠” Santos. Though the FURIA man possesses a bit more starpower, there is a degree of logic — both players can alternate between the pack and extremities on T-side, as well as proving to be able anchors on CT. 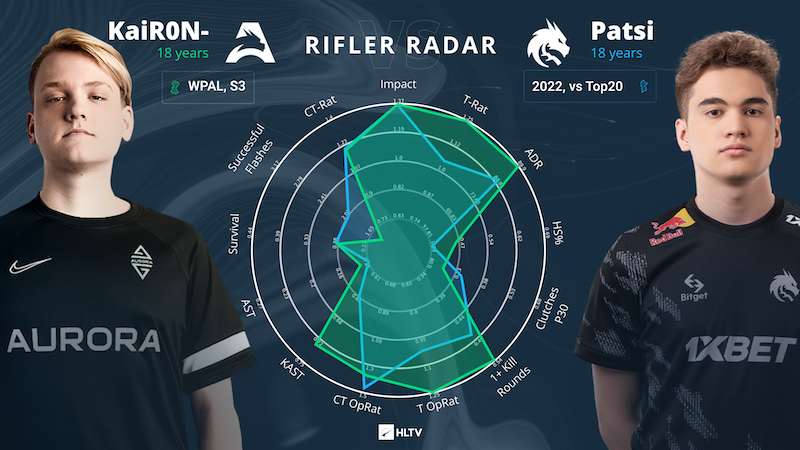 Next up is the super-aggressive KaiR0N-, who has moved on from Spirit Academy to Aurora. He can already count Astralis among his tier one victims, posting a 1.42 rating to eliminate the Danes from the first IEM Rio RMR EU open qualifier.

KaiR0N-‘s doppelgänger reveals why he has left the Spirit fold; he is remarkably similar to Robert “⁠Patsi⁠” Isyanov. Both players have spiky radars thanks to their low survival rate, allergy to flashbangs and low clutching figures, but they are still quality fraggers.

All of those shared symptoms come from their mutual love for early round duels, KaiR0N- attempting 30.5% of his side’s opening duels on T-side and Patsi even higher at a ridiculous 38.3%. KaiR0N- makes up for that 8% difference by sporting a 53.3% success rate in these opening duels, a number far above what could be expected for a rifler, let alone one this aggressive.

His radar immediately shows the type of player KaiR0N- is before even needing to watch a game he’s in: aggressive, in-your-face, and used to winning his 50-50 duels. It’s a playstyle only a few players have made stick in tier one — even the likes of Patsi and Mareks “⁠YEKINDAR⁠” Gaļinskis are inconsistent — but KaiR0N- appears to be the type of player who doesn’t like to be told the odds. 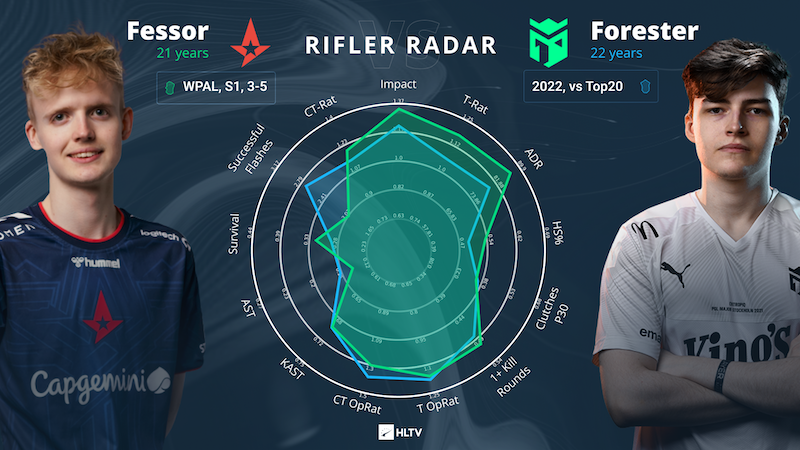 Another player to leave their academy after WePlay Academy League Season 5 is Fessor, who is no longer part of Astralis Talent. The 21-year-old was highly rated enough to be picked up by Mathias “⁠MSL⁠” Lauridsen in his doomed South project, but it was in Astralis Talent after that stint that he truly excelled.

Fessor showed some serious rifling prowess with back-to-back chart-topping 1.25 and 1.31 ratings in Season 5 and 4, respectively. Enough prowess, in fact, that his closest match is EliGE, joint with Igor “⁠Forester⁠” Bezotecheskiy

While very similar performances in terms of output (and hence similar radar chart) help, the two are also paired because of their mid-20s opening kill attempts and there being just 0.02 difference between how often they throw their flashes (0.57 to 0.59) 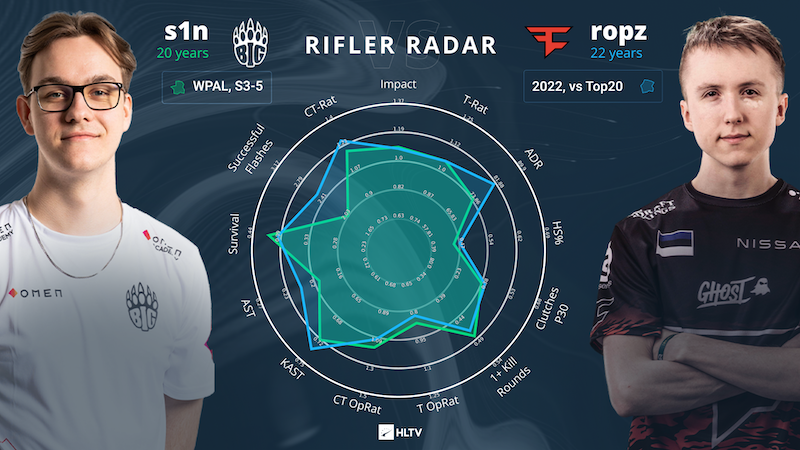 On to a more passive player now, BIG Academy‘s lurker s1n. The third highest rated player of Season 5, s1n attempted an opening duel in 15% of his rounds in the academy league seasons up to now. That puts him on the same plane as players like Kaike “⁠KSCERATO⁠” Cerato, Keith “⁠NAF⁠” Markovic, and our pick: Robin “⁠ropz⁠” Kool.

Both put up solid clutching figures (0.36 and 0.38 1vX wins per 30 rounds) and are very difficult to kill (41% and 39% survival rates), statlines that suit their lurking roles. Across BIG Academy‘s several rosters, s1n has played many a spot, but his overall figures trend towards the lurk role he currently possesses.

After starring in BIG Academy‘s recent run at Fragadelphia, where a 1.47 rating in the academy side’s grand final loss to EG.PA was the highlight, s1n has already shown the same prowess against salaried senior opposition — his is a name to remember. 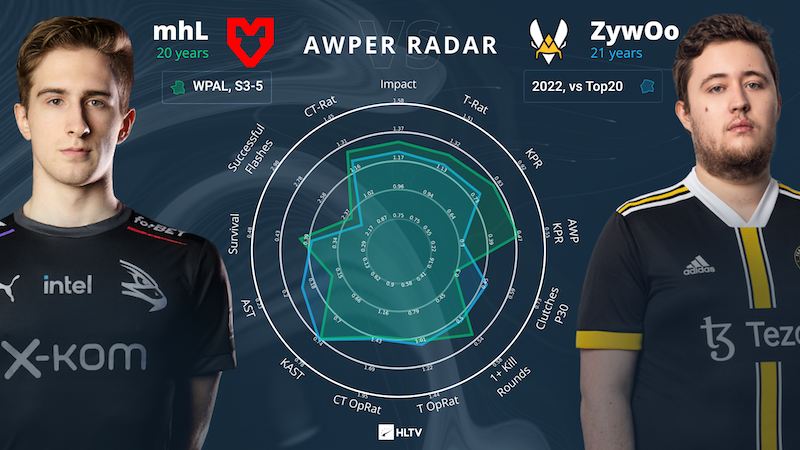 Finally, we’re returning to the AWPers for a look at mhL. He has posted just one event below 1.00 rating since replacing torzsi in MOUZ NXT and has been even more impressive than he was in AGO.

Our doppelgänger here is Mathieu “⁠ZywOo⁠” Herbaut, a player who AWPs far less than the Pole but remains our closest match thanks to mhL‘s superb fragging statistics and the similar levels of aggression between the two.

mhL is notable for his 1.24 rating on T-side, a strength he shares with ZywOo, who has a 1.17 rating against the very best teams in 2022, and s1mple (1.21). In addition, unlike many of the other academy players on this list who inflated their T-side numbers before the M4A1-S buff, mhL only joined MOUZ NXT in February, making this even more impressive. 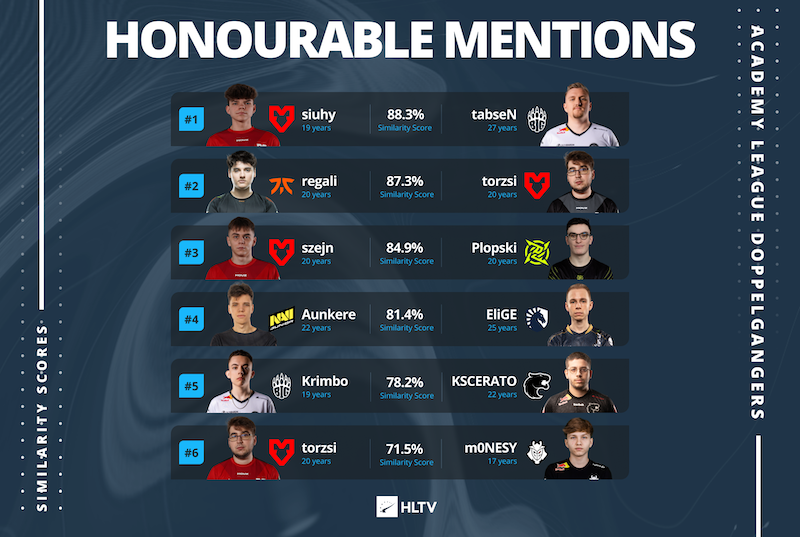 Inspired by StatsBomb, we made a sort of algorithm, adjusting the ‘weight’ of each stat. So, for AWPers, AWP KPR was weighted much more heavily, for example. We tried to use as many stats as possible — 17 for AWPers and 22 for Riflers — to pick our doppelgänger, even though only ten are displayed on the radar charts in the main article.

As for the stats themselves, the ‘tier one’ players’ figures come from their games in the first half of 2022 against top 20 opposition on LAN. For the academy players, it’s from every match in the academy league, from Season 1 all the way to the most recent edition.

For similar deep-dive articles, check out the links below: 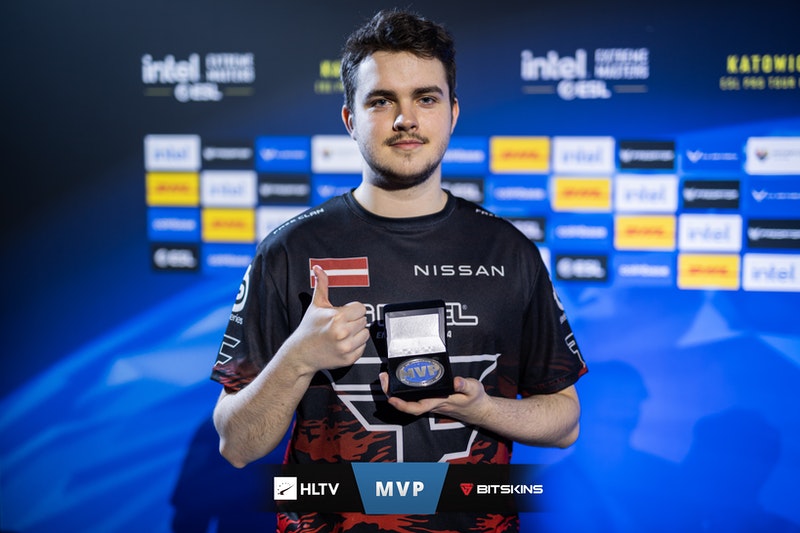 Is the modern AWPer really too passive? 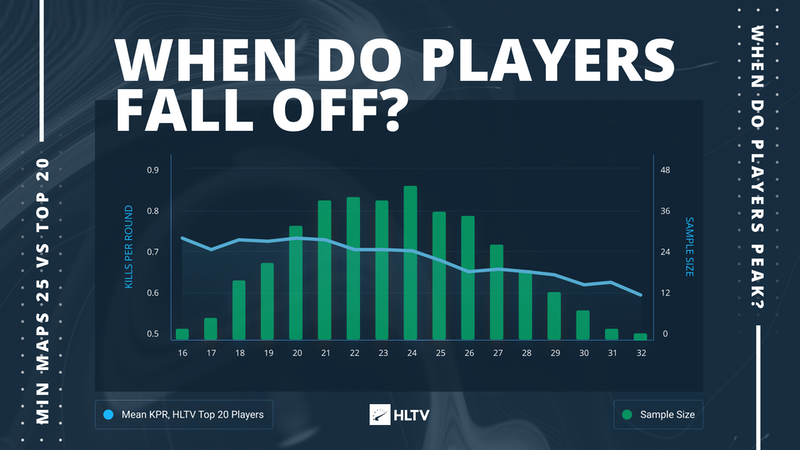 When do Counter-Strike players peak? 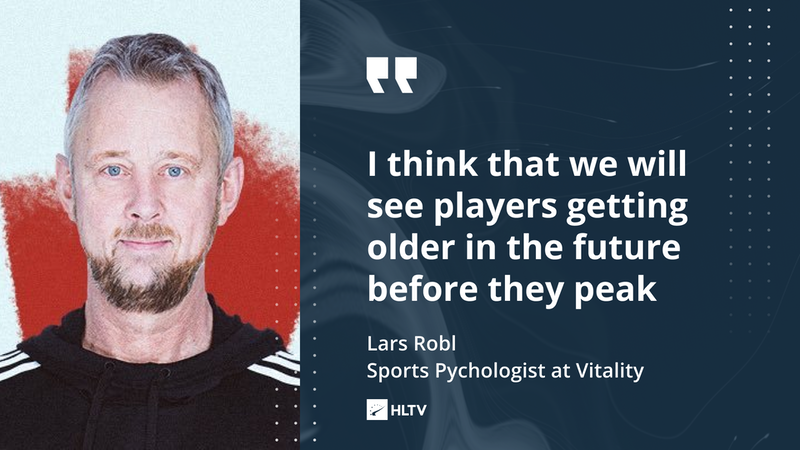 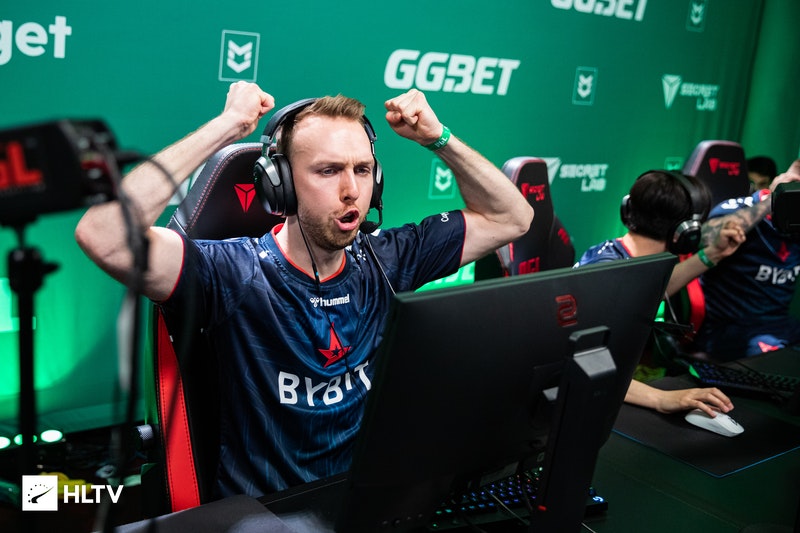 Why are modern IGLs so aggressive? 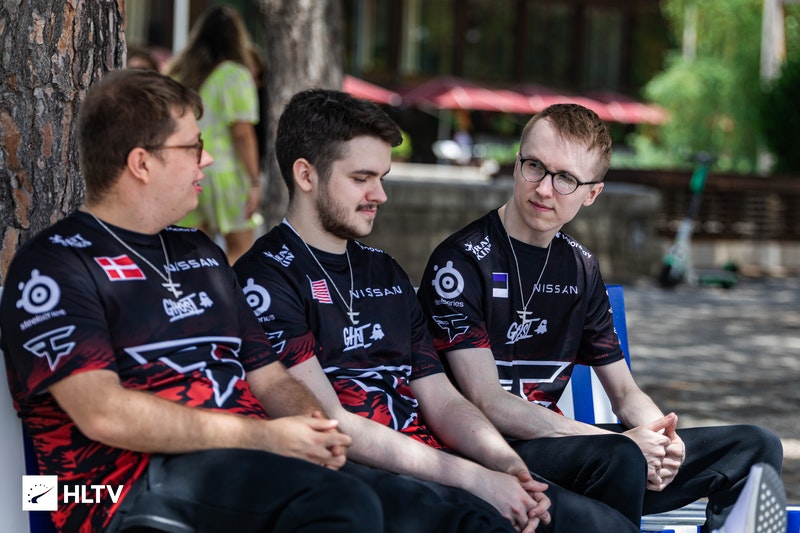 Is double AWPing worth it? 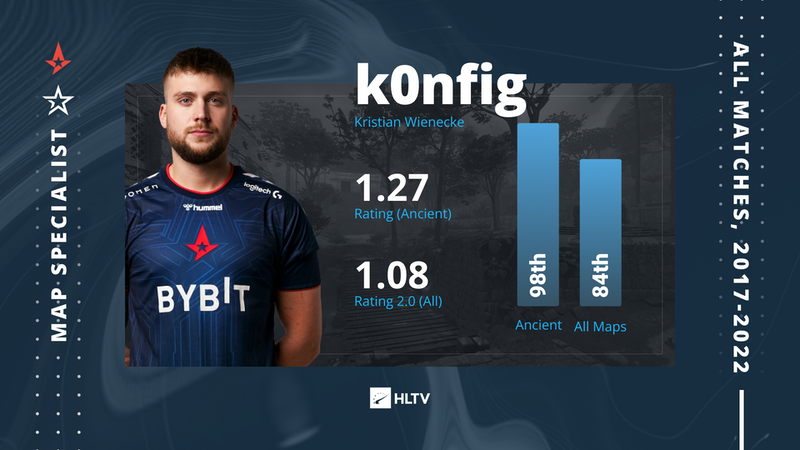 Who are CS:GO’s map specialists? 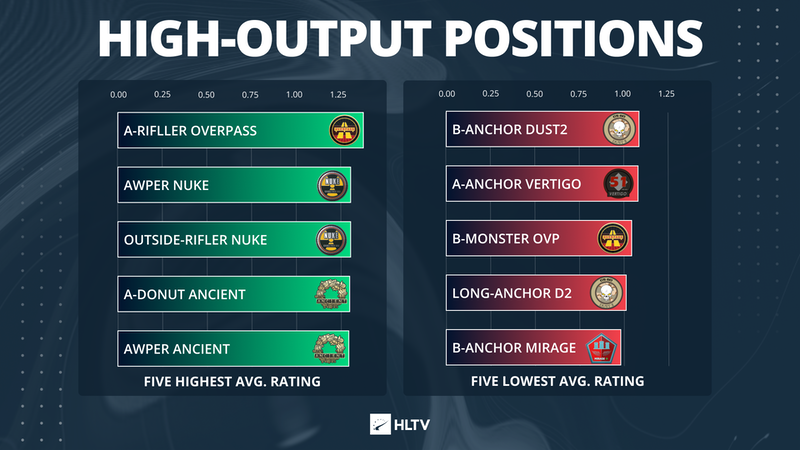 What are CS:GO’s easiest and hardest CT positions? 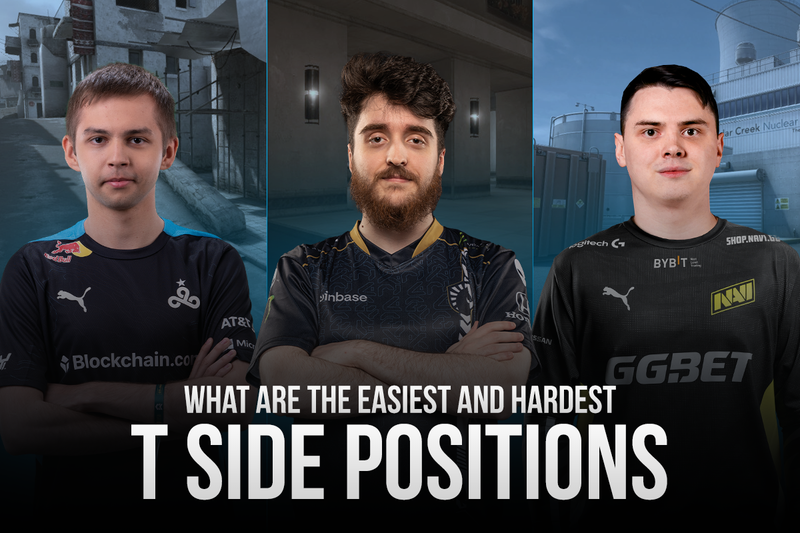 What are CS:GO’s easiest and hardest T-sided positions?