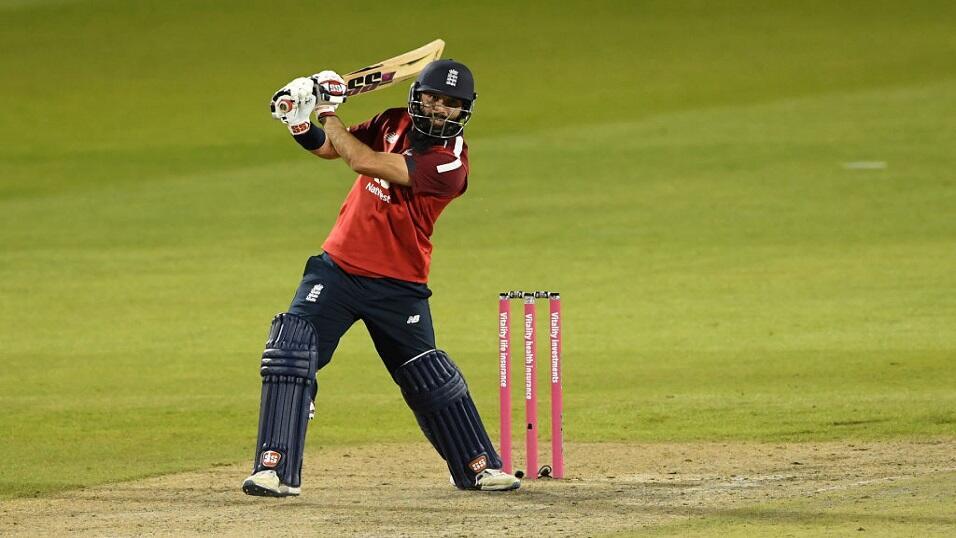 West Indies have been terrific so far in this series, and they lead 2-1 looking more than up to the challenge posed by their supposedly superior visitors.

They just keep on producing T20 cricketers. The World Cup may have been their low-est point and they are building again.

Rovman Powell’s brutal century should be a turning point in his career. Powell has of-ten threatened to be one of the most fearsome hitters on the circuit. He will now be sought after.

It shouldn’t be forgotten that Windies are taking on England without the likes of Evin Lewis while Kieron Pollard, their talisman, has had a quiet time.

Eoin Morgan has been ruled out of the rest of the series with a muscle injury. The timing couldn’t be worse for him.

It comes with concern that he is in irresistible decline, barely striking at more than 105 since 2021. Jos Buttler’s potential retirement from Tests means there is a ready-made replacement skipper.

For now, Moeen Ali has the job. He didn’t cover himself in glory tactically in game three but he might not be the last man Powell makes look like a mug.

They are going with batting power, which is just as well. They can bat down to No 9. This really should allow the top order to cut loose.

Good luck guessing what this pitch is going to do. So far we’ve had first-innings scores of 103-171-224. The last two have completely bucked the trend for Bridge-town. Before this series 170 had been busted only once in 17.

There’s nothing more disconcerting that having a cricket punt when we are unsure of what the pitch will be like. Reports out of the island so far are unclear on whether this is a used surface but the short boundary will still be in place.

Sportsbook go 17/2 about another first-innings century and 6/4 that both teams score 170. That is a very skinny price on the latter and suggests they have a view on the surface.

England are 1.748/11 with West Indies touching 2.206/5. Shouldn’t this be a choice affair by now? The sides are well-matched and, hell, with Morgan out England are missing at least six choice picks.

One suspects the toss will be the deciding factor. The opportunity to do a Rovman is clear for all to see. Consider these two are as powerful as each other, and also prone to profligacy in the field, scoreboard pressure should be prized.

There’s nowt wrong with a pre-toss pure-value wager on the Windies as it stands. They should be shorter.

Rovman is priced at 4/1 with Sportsbook for another top-bat effort. We note the same odds about Kyle Mayers, who might be asked to open instead of Shai Hope. Hope is playing the wrong format and it’s the one mistake the home team have made.

Moeen looks tasty at 13/2 considering he should bat at No 4. Sam Billings is oddly priced as 7/2 joint-second favourite with Tom Banton. Billings is unlikely to open. Banton could go a long way to nailing a regular spot with another high-striking score this series.