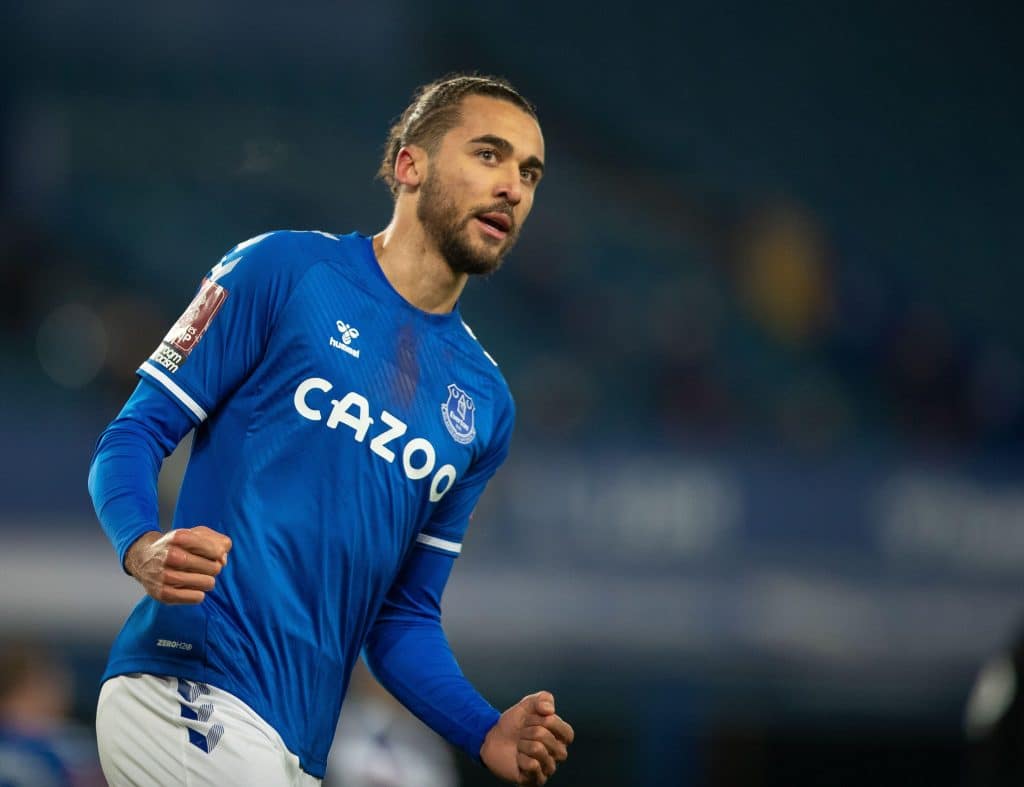 Even after scoring the winner against Crystal Palace to secure Everton’s Premier League status next season, Dominic Calvert-Lewin will look back on the 2021/22 season as a difficult one. Injuries restricted the 25-year-old to just 13 league starts with the majority of those appearances coming in the last few weeks. Calvert-Lewin went from September to January without playing a single Premier League minute.

Yet the England international’s potential is clear. At a time when several big clubs are in the market for a new centre forward, Calvert-Lewin has his suitors with Arsenal, Manchester United and Newcastle United all believed to be interested in the Everton frontman. This summer could be a juncture in his career.

Calvert-Lewin is among the best in the air, as illustrated by his league-high tally of seven headed goals in the Premier League last season. This aerial strength would give Arsenal a different dimension, but there are questions over the 25-year-old’s ability to press from the front as Mikel Arteta would demand.

United could also be in the market for a new striker with Edinson Cavani set to leave the club this summer. On top of this, Anthony Martial and Marcus Rashford’s respective futures at Old Trafford are far from secure. Erik ten Hag will need another option besides Cristiano Ronaldo and Calvert-Lewin could fit the bill.

Ten Hag’s system has room for an orthodox number nine like Calvert-Lewin – look at how successful Sebastien Haller was for the Dutch coach at Ajax – and the Everton’s forward of 10.03 passes under pressure per 90 minutes suggests he could perform an important role in Manchester United’s general build-up play.

However, United might wish a more mobile secondary striker to play alongside Ronaldo rather than another tall frontman to get on the end of crosses. There’s no doubt Calvert-Lewin would strengthen ten Hag’s squad, but his signing might not be a priority in a summer window where Manchester United have far greater needs.

All things considered, Newcastle United could be the best destination for Calvert-Lewin. The Magpies’ dramatic turnaround since the start of the year under Eddie Howe suggests they will be in contention for European qualification next season and their team is built for a centre forward like the 25-year-old.

Newcastle are averaging 4.0 accurate crosses per 90 minutes in the Premier League this season. They are already geared towards playing to Chris Wood’s strengths and so Howe could slot Calvert-Lewin into his side and system without much fuss. He would be an upgrade on what the Magpies already have and could potential play alongside Callum Wilson as part of a front two.

West Ham are expected to sign another centre forward this summer to ease their reliance on Michail Antonio and Calvert-Lewin would also tick a lot of boxes at the London Stadium. The Hammers have averaged 4.2 accurate crosses per 90 minutes in the Premier League – only four teams have averaged more.

At this stage of his career, Calvert-Lewin must be careful to protect his own individual development. Injury troubles have robbed the England international of the last year of his career and with the 2022 World Cup on the horizon he can ill-afford to join a club that doesn’t play to his strengths, or even worse – doesn’t have game time to give him.

Big things have been expected of Calvert-Lewin from a young age. While he is unlikely to dislodge Harry Kane from the England team before the 2022 World Cup, he could still be an important player for the Three Lions. But to fulfil his potential he might have to bid farewell to Everton this summer. However, a transfer for the sake of a transfer would be the wrong move. Calvert-Lewin must ensure any switch is right for him.

The post Which shirt should Dominic don next season? appeared first on Colossus Blog.