The first CSGO tournament of 2022 for $250,000, jointly organized by Funspark and Relog Media, started on January 18. As you know, CSGO is considered one of the best eSport FPS games in the world. CSGO has created a huge eSports industry, especially with its huge multi-million dollar tournaments held at certain times of the year.

In this giant industry, teams that are more valuable than the other with their talents and determination are trying to win the tournaments by competing fiercely. In this tournament, there are big teams such as Gambit, Astralis and Fnatic. Funspark ULTI Finals 2021, the first challenge of the year in the CSGO eSport arena, will be a mini-tournament for teams and players to regain their form.

During the the opening Champion of Champions Finals event, we’ll see titans such as @Astralisgg, @GambitEsports and @FNATIC fight to be the first winners.

The tournament’s favorite seems to be Gambit, which is shown among the best teams in the world. Lately, things have not been going well in Astralist, which is considered one of the other good teams. Especially the loss against K23 in the first match of Funspark ULTI 2021 shows that the team is far from recovering. Let’s look at the details of the tournament together.

Which Teams Are Competing in Funspark ULTI 2021?

As we mentioned above, some of the world’s most elite teams are seen as the tournament’s favorites. However, it is in the struggle in fierce teams that want to prove themselves and include young players. In short, you can watch world names such as sh1ro, hobbit, ax1Le, k0nfig, interz and Xyp9x in the first tournament of the year in CSGO. 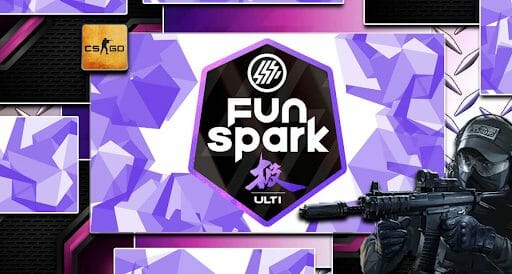 The teams and players in the Funspark ULTI 2021 tournament are as follows;

In total, eight teams will compete fiercely with the double-elimination system. The losing teams will be able to participate in the final by fighting in the Lower bracket. In the upper bracket fight, the final candidate will be announced this Friday. Likewise, the final of the tournament will be shaped with the result of the Lower Final match. Each match will consist of 3 series of rounds. Classically, the team that wins 2 rounds will qualify for the next round. 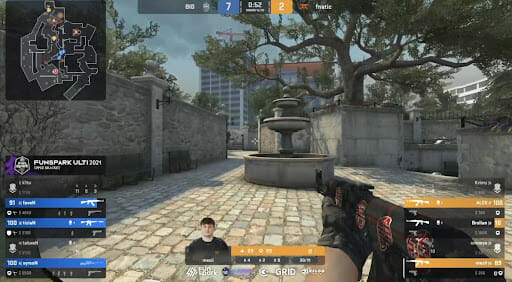 Hugo Byron will voice the Funspark ULTI Finals with Harry “JustHarry” Russell, the matches in the first tournament of the year. Alex “Mauisnake” and “kossad” will interpret the analysis at the end of the match. With this mini tournament adventure, many CSGO fans will have the opportunity to observe the general situation of the players after the break.

Counter-Strike tournament, the first tournament of 2022, started to be played completely online in Europe. Relog media and Funspark, the organizers of the tournament, directly invited Gambit, Astralis, Entropiq and Fnatic, which are among the top 15 teams of 2021, to the tournament. Funspark ULTI finalists, which was held in 2021, Complexity and BIG were the other teams that qualified for the tournament. They are also accompanying other teams in ECSTATIC and K23, which have also shown a successful performance in the ranking.

The encounter between Fnatic and BIG, one of the first matches of the tournament, revealed how tough the competition was. You may want to watch the performance of BIG player k1to in the overtime of the match from the clip below.

Yes, he used an AWP Asiimov. However, he did not neglect to pick up an AWP Dragon Lore from the ground after killing his opponent. Looking at the Round and BIG’s win, we may question who really deserves Dragon Lore. If you want to reward your mastery in the game by using skins such as AWP Dragone Lore or Asiimov, you can go to Lootbear.com and rent these skins for very cheap prices on a weekly or monthly basis.

Where to Watch Prize Pool and Matches?

You can watch Funspark ULTI Finals comfortably on Champion of Champions CSGO Tour’s Twitch channel. In addition, since none of the matches will be played at the same time, you will not need to follow a second stream. 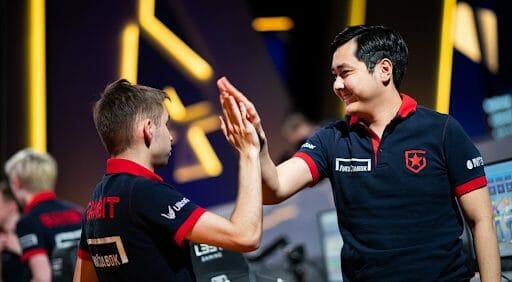 If we need to talk briefly about the prize pool of the tournament;