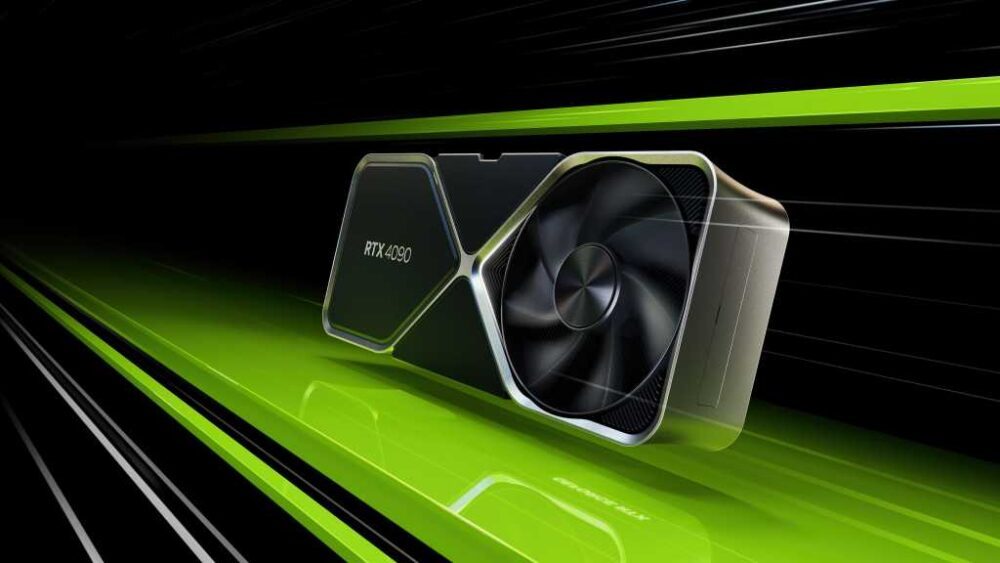 At long last, the GeForce RTX 40-series has been revealed, but in true Nvidia fashion, CEO Jensen Huang didn’t delve deeply into raw speeds and feeds while introducing the RTX 4090 and 4080 during his GTC keynote. There’s only so much time during these things, after all, and mass audiences don’t like sifting through verbal descriptions of technical footnotes. Fortunately, Nvidia’s website includes key technical details lacking from the presentation—details that confirm several deeply interesting tidbits about these new “Ada Lovelace” GPU-powered graphics cards.

Here are six must-know GeForce RTX 40-series details that you didn’t hear during Jensen’s reveal. For the full scoop on Nvidia’s new graphics cards, check out our coverage of the GeForce RTX 4090 and 4080 announcement.

In a deeply anti-consumer move, Nvidia is rolling out a pair of GeForce RTX 4080 offerings, ostensibly differing in memory capacity. Nvidia simply gave them “16GB RTX 4080” and “12GB RTX 4080” names, after all. But while Huang failed to mention it, these two “4080s” will offer incredibly different baseline performance as well.

As you can see in the chart above, the 12GB GeForce RTX 4080 doesn’t just have less memory, it also has a much narrower 192-bit bus, and a whopping 21 percent fewer CUDA cores. That means it will be significantly slower than the 16GB model, more often than not. Calling these two very dissimilar GPUs by the same name is sure to cause confusion amongst graphics card buyers.

AV1 encode is the holy grail for media creators, offering much better visuals at much lower bandwidth needs. Intel beat AMD and Nvidia to the punch by including killer AV1 encoding in its Arc graphics cards, but the footnotes of Nvidia’s RTX 4090 and 4080 spec sheets reveal that Team Green will support AV1 encode this generation as well (AV1 decode was already supported).

It’s obvious that last-generation GPUs won’t include new-gen hardware encoders. But Nvidia’s much-hyped DLSS 3 software feature isn’t coming to RTX 20- and 30-series cards either, even though DLSS 2.0 and 2.1 were backported to both. Nvidia’s GPU generation comparison page lists DLSS 3 on the RTX 40-series only while older-gen RTX offerings remain listed with DLSS 2.0.

DLSS Frame Generation uses RTX 40 Series high-speed Optical Flow Accelerator to calculate the motion flow that is used for the AI network, then executes the network on 4th Generation Tensor Cores. Support for previous GPU architectures would require further innovation and optimization for the optical flow algorithm and AI model.

The GeForce RTX 4090 doesn’t suck down 600 watts-plus like some early rumors suggested—at least not in Nvidia’s Founders Edition iteration—but it does come with a 450W rating, with a minimum 850W power supply recommended. That matches the flagship RTX 3090 Ti from last generation. Like we said then: You’re gonna need a bigger boat. And by boat, we mean power supply. It’s not all pricey news though. While the RTX 40-series supports the 12VHPWR-pin connectors found in new-breed ATX 3.0 power supplies, you’ll also be able to use three or four standard 8-pin power connectors if you already have a burly PSU.

NVLink is dead to GeForce

Nvidia’s SLI technology for multi-GPU setups has been dead for a while now, but the “NVLink” tech that supplanted it remained in last-generation’s RTX 3090 GPUs. No more. The spec pages for the GeForce RTX 4090 and 4080s explicitly say that NVLink is not supported this generation. Pour one out.

That’s it for these buried treasures. We’re sure to learn even more about the GeForce RTX 40-series in the coming days and weeks, but once again, for the full scoop on Nvidia’s new graphics cards, check out our coverage of the GeForce RTX 4090 and 4080 announcement.

Editor’s note: This article was updated to include comments from Nvidia’s Brian Burke.

Brad Chacos spends his days digging through desktop PCs and tweeting too much. He specializes in graphics cards and gaming, but covers everything from security to Windows tips and all manner of PC hardware.