In the American state of California and parties advocating for and against a pair of local ballot initiatives that are looking to formally legalize retail and online sportsbetting have reportedly heretofore spent an aggregate of over $400 million.

According to a report from the Associated Press news service, this figure represents the most ever spent on a ballot initiative in the United States and could eventually grow to top $600 million as the decisive November 8 voting date draws ever nearer. The source detailed that this tally is also almost double the nearly $225 million previous record that was expended in the same state only two years ago as part of a successful campaign to obtain special employment rules for gig-based companies.

California is home to over 39 million people but has reportedly been slow to take advantage of the sportsbetting revolution sweeping the United States following the 2018 revocation of the previous federal prohibition contained within the Professional and Amateur Sports Protection Act (PASPA). As such and voters will purportedly soon be asked to weigh in on Proposition 26, which seeks to legalize retail sportsbooks for tribal casinos and the jurisdiction’s four state-licensed horseracing tracks, as well as its online-facing Proposition 27 counterpart. 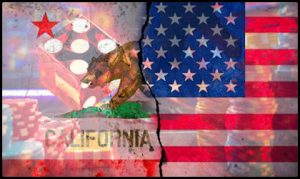 The Communities for California Cardrooms group is reportedly one of the groups intensely lobbying against Proposition 26 and it is so far thought to have amassed a war-chest of approximately $41 million. This organization is purportedly being backed by the western state’s array of poker-friendly card rooms and has been contending that the passage of this sportsbetting measure would give the state’s casino-operating tribes a virtual monopoly on all local gambling as well as increased political influence and unprecedented revenues.

On the other side of this coin and the Yes on 26 No on 27 committee, which is being backed by a collection of more than 24 tribes, has reportedly so far raised around $108 million with the Federated Indians of Graton Rancheria alone having coughed up something like $30 million. This northern California band is responsible for Sonoma County’s 200-room Graton Resort and Casino facility and has purportedly been joined in its backing by the similarly federally-recognized Yocha Dehe Wintun Nation to the tune of a rumored $20 million. 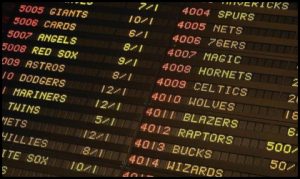 The Associated Press reported that a second anti-Proposition 27 committee containing several tribal casino operators such as the San Manuel Band of Mission Indians, which runs the 432-room Yaamava’ Resort and Casino at San Manuel development near the Los Angeles suburb of San Bernardino, has already pulled in about $91 million. Its antagonism towards the online sportsbetting measure has purportedly been helpfully echoed by the state’s Democratic and Republican political parties although this former organization is remaining neutral on Proposition 26.

Proposition 27 is reportedly being conversely supported for an unknown amount of cash by some of the country’s largest online sportsbetting firms including DraftKings Incorporated, FanDuel Group and the BetMGM enterprise of MGM Resorts International. If passed, this measure would purportedly allow casino-operating tribes to partner with a licensed provider so as to offer remote sports wagering services with any resultant tax revenues going to cover regulatory costs and support a statewide network of homeless programs.