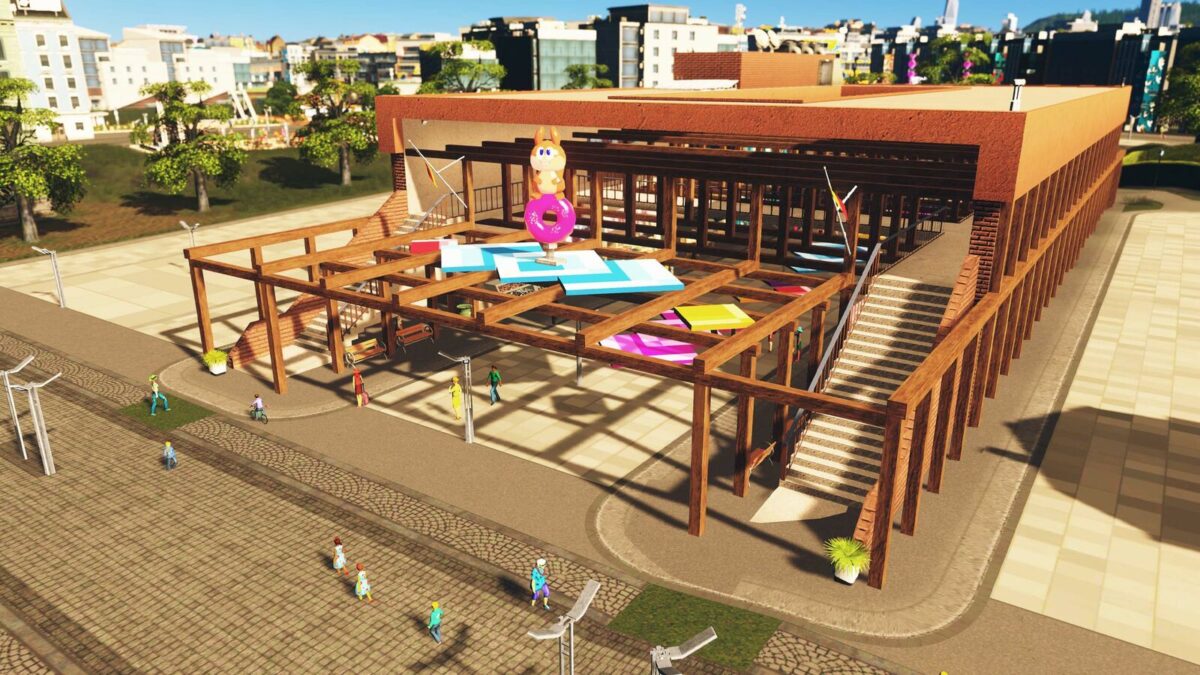 Pedestrian Streets can be placed like any other road to create green city centres largely free of vehicles and pollution. These work in tandem with new pedestrian zones which can be augmented with new policies, such as Slow Driving (reducing the speed limit for all vehicles in the area to 20km an hour), and Street Music, which boosts happiness in pedestrianised commercial zones at the expense of noise pollution.

Finally, there are three new District Specialisations – offices, high-density residential areas, and high-density commercial areas – each spawning 24 new buildings with modern visual styles that can be matched with a range of new city service buildings.

Plazas and Promenades costs £11.39/14.99 EUR/$14.99 USD, and releases alongside two new Content Creator Packs – Mid-Century Modern by Rev0 and Seaside Resorts by Gèze, costing £4.79/5.99 EUR/$5.99 apiece – plus two new radio stations, Paradise Radio and Shoreline Radio. Players looking to go all-in can get 15% off everything via the Plazas and Promenades Bundle, which is also available now.