Crunchyroll has announced that the Mobile Suit Gundam Cucuruz Doan’s Island anime film will premiere in select theaters across Crunchyroll’s English-speaking territories this September. Including a special two-day run in the United Kingdom on September 21 and 22 (with tickets on sale starting on September 16); in the United States on September 27 and 28; and in Canada on 29 and October 1 (with advanced tickets for North America now on sale). The film will also have a special one-week engagement in cinemas in Australia beginning on September 29, with tickets on sale starting September 14. 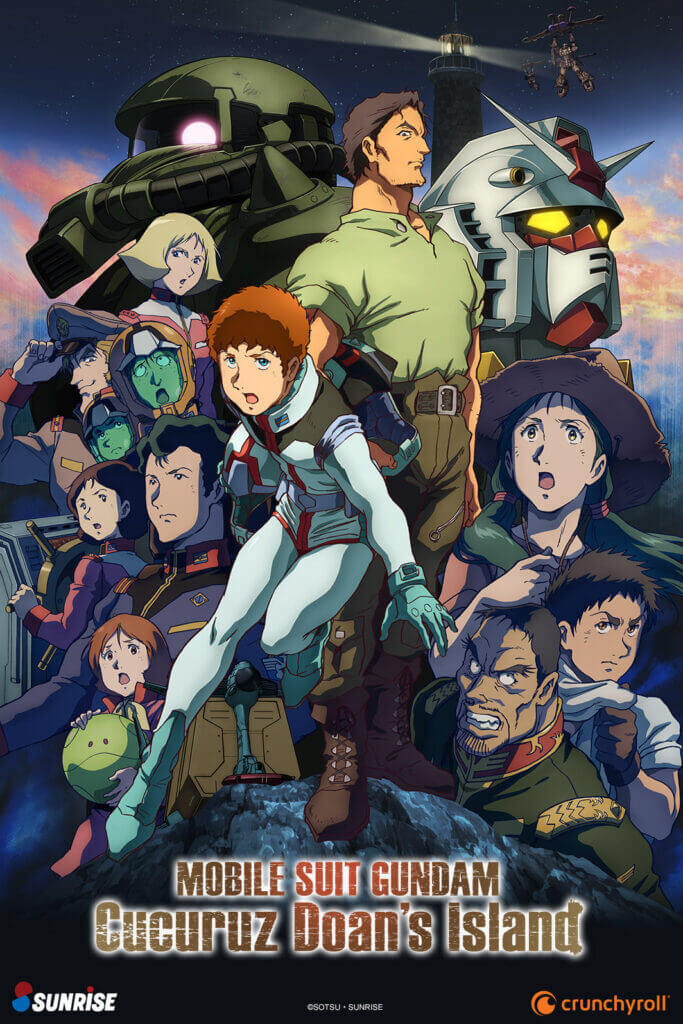 After a covert mission goes wrong, Mobile Suit pilot Amuro Ray and his comrades are stranded on a remote island. The battalion was sent to a land called the Island of No Return to clear off any enemy forces, only to find a group of children and an enemy mecha attack. Now Amuro must find a way for them all to escape this mysterious land, but not before meeting a strange man—Cucuruz Doan. Run time: 1 hr. 48 min.

For more information and to purchase tickets visit: CrunchyrollMovieNight.com.