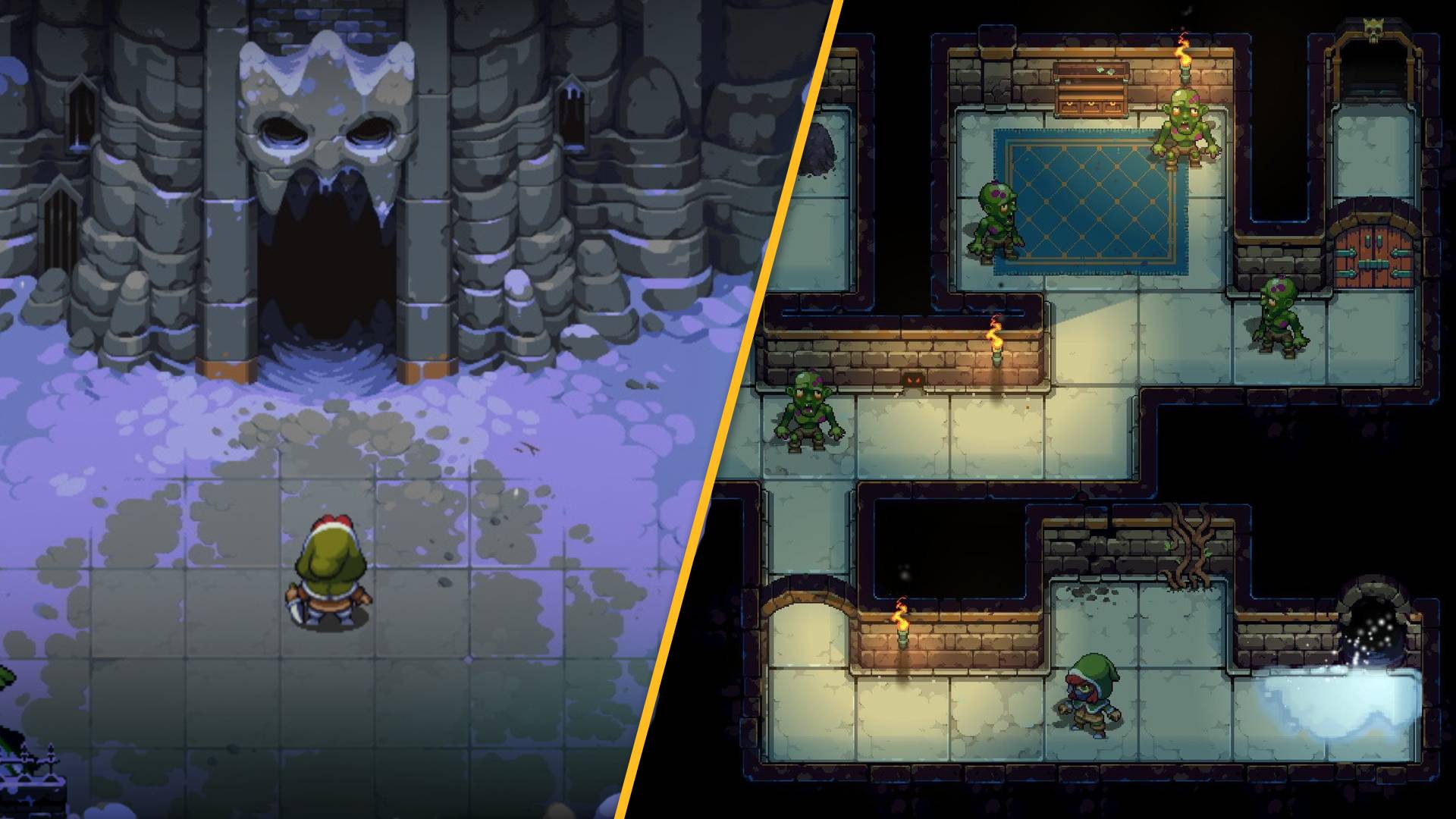 There’s no shortage of games inspired by The Legend of Zelda. The series laid the groundwork for action and adventure games, so its influence still trickles down into most games released, just like new babies being born with a hint of Genghis Khan DNA.

That doesn’t mean it’s not worth paying homage to the series though, as there’s still so much space for fun new titles. Dungeons of Dreadrock certainly wears it’s influence on its sleeve, but through smart level design and some lovely presentation, does enough to step away from the tedium of pure mimicry, and offers up a unique and interesting experience.

You play as the sister of a young boy, who’s offered up as a sacrifice as part of an archaic ritual. To save your brother, you must explore 100 levels of a vast dungeon, each one holding a new puzzle or enemy that tests your reflexes and your wits. I’ve been playing it all week, and have come away fairly impressed. So read on for our thoughts in this mini-review.