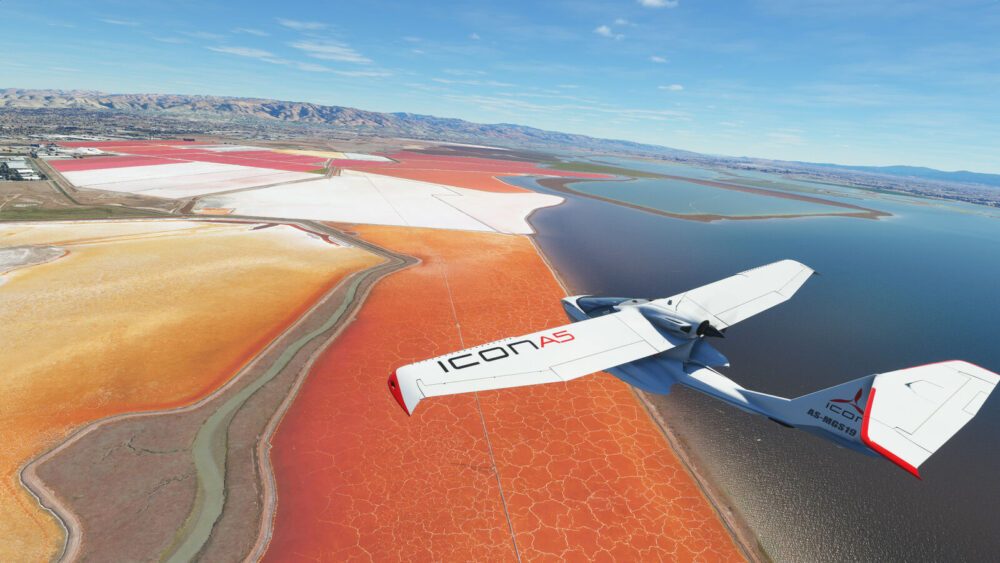 Developer Asobo has released its latest Sim Update for the majestic Microsoft Flight Simulator, this one bringing, among other things, long-awaited DLSS support for PC.

Alongside DLSS anti-aliasing and upscaling, Asobo says Sim Update 10 should deliver “stability, performance, and memory usage” improvements for those using Flight Simulator’s in-development Direct X12 support – although it notes the new memory allocator will only be activated once Nvidia’s next GPU driver is released.

Elsewhere in today’s update, moving boats in the world now have a wake effect on PC, there’s a new cloud layer system – said to provide “more vertical precision at low altitudes to better reflect the various cloud altitudes and thickness close to the ground” – plus a number of quality of life features for Flight Simulator’s VFR map.

Those looking for the full run-down of today’s sim additions and changes should have a read of Asobo’s extensive Sim Update 10 release notes.

It has, of course, been a busy year for Microsoft Flight Simulator, with Asobo having already launched the sim’s free Top Gun expansion and various globe-enhancing World Updates throughout 2022. There’s still more to come, however, with one last World Update, Canada, due to arrive later this month, followed by the launch of the massive free 40th Anniversary Edition update – described as a “comprehensive celebration of the franchise” – this November, introducing gliders, helicopters, the Airbus A310, and more.