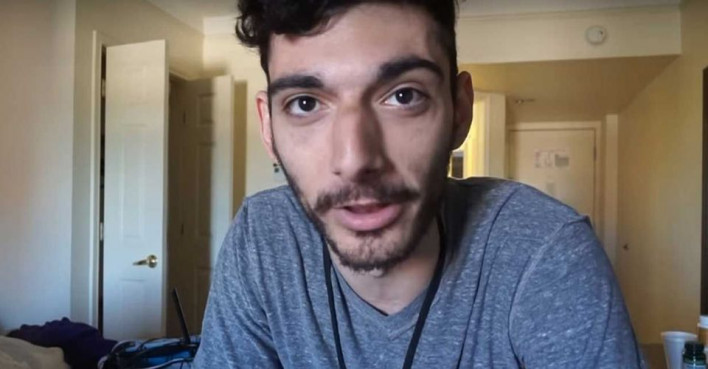 If you’re a veteran member of the Twitch community, you’re probably already familiar with Ice Poseidon. The former Twitch Streamer was popular for his ‘IRL’ streams that used to attract thousands of viewers from across the globe.

Recently, Ice Poseidon found himself in the spotlight once again but for all the wrong reasons when Coffeezilla exposed the 27-year-old for allegedly stealing over $500k from his fans through his crypto project CXcoin, which was set up in around two weeks and has since then been abandoned.

When confronted by Coffeezilla in a call for the same reason, Ice Poseidon claimed that he would “look out for himself and not do that (return the money).”

According to the report by Coffeezilla, despite repeated assurances from Ice Poseidon that CXcoin would be a long-term project, he pulled the plug on it in only a few weeks, keeping most of the money out of the liquidity pool for himself.

While Ice Poseidon admitted to scamming his fans in the interview, he showed no remorse for his actions whatsoever. Instead, he went on to put some of the blame on the investors.

“Part of the responsibility is on them as well, for putting too much emotion into it,” he said. “Sometimes you have to look out for yourself, I don’t know how else you want me to put it… You could say it in all these different ways to make it sound as horrible as possible, and you know what? I could agree with you on some of those things. I just don’t like to put it in those specific ways, because that makes it sound like that was the intention from the start, which it wasn’t.”

When repeatedly asked by Coffeezilla to return the scammed money, Ice Poseidon said, “If you want the answer, yeah I could give the money back, it is within my power, but I am going to look out for myself and not do that.”

Afterwards, according to a follow-up Tweet by Coffeezilla, Ice Poseidon claimed that he would return $155k to his investors, which is a small fraction of what he initially took. However, he seems to have lied once again as Coffeezilla mentions that only $40K has been returned to the liquidity pool.

Whether or not Ice Poseidon faces legal consequences for his actions still remains to be seen.