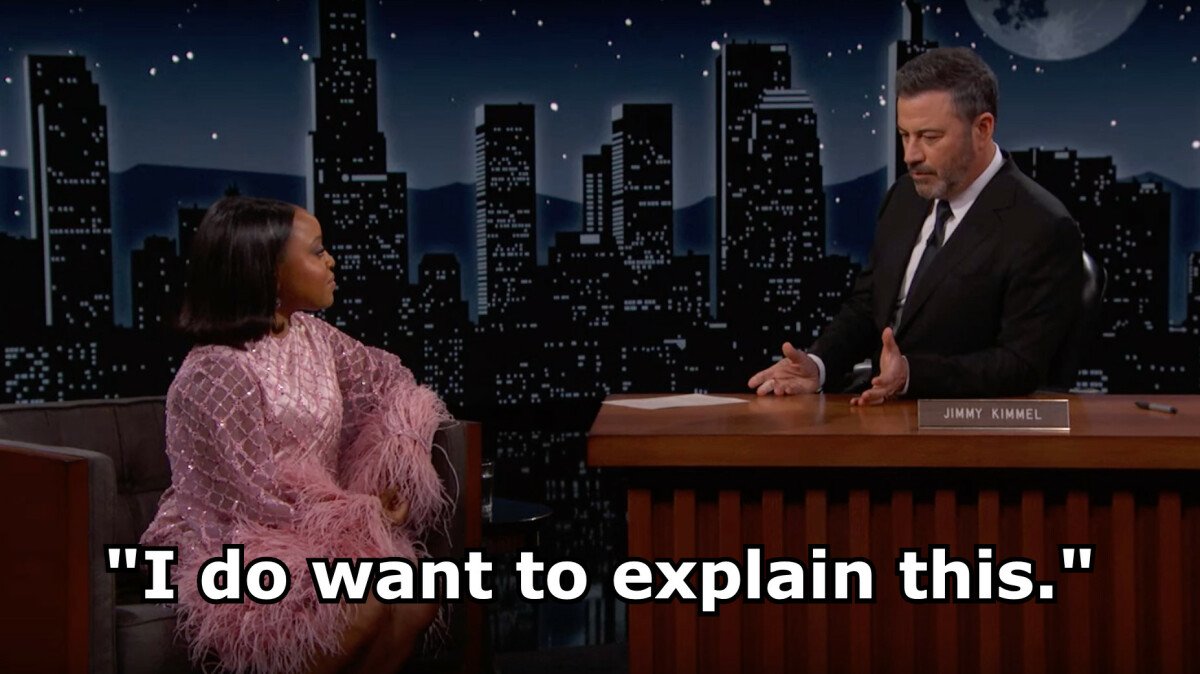 On Monday, Brunson was awarded the Emmy in Outstanding Writing for a Comedy Series for her work on Abbott Elementary‘s pilot episode. It was a momentous occasion made all the more special by the fact that this was her first year as a nominee.

Unfortunately, Kimmel sullied the moment by making what should have been Brunson’s moment all about him instead. After being physically dragged onstage by fellow comedian Will Arnett, Kimmel lay at Brunson’s feet and refused to budge throughout her entire acceptance speech. He quickly received significant backlash for this disrespectful act, prompting him to apologize directly to Brunson during his show on Wednesday.

The best and worst moments of the 2022 Emmys

“That was a dumb comedy bit that we thought it would be funny — I lost, and then I drank too much and I had to be dragged out on the stage,” said Kimmel, attempting to explain himself as soon as Brunson was seated. “And then people got upset. They said I stole your moment, and maybe I did. And I’m very sorry if I did do that — I’m sorry I did do that, actually. And also, the last thing I would ever want to do is upset you because I think so much of you, and I think you know that. I hope you know that.”

A class act, Brunson graciously thanked Kimmel for apologizing, and generously diffused any negative sentiments by instead focusing on how excited she was to win her first Emmy.

“I was wrapped up in the moment and just having a good time,” said Brunson. “I don’t know, I didn’t see any of that. I saw you and I saw Will Arnett and my Emmy, and I was just like, ‘Oh my god, I’m having so much fun!’ But thank you, that’s kind. But honestly, I had a good night.”