Cloud gaming has become increasingly more popular worldwide. To capitalize on the emerging market, Logitech G has created a new, Android-powered gaming handheld that it is dedicated purely to cloud gaming — the Logitech G Cloud.

This new handheld boasts impressive battery life, a traditional controller-style design and layout, and a decent touchscreen. All of this sounds pretty good, but what about the price? With an MSRP of $349.99 USD, this puts it in exact competition with the Steam Deck.

Powered by the sky

Endorsed by Microsoft as an “optimized” device for Xbox Cloud Gaming, the Logitech G Cloud is a Wi-Fi-only handheld system designed exclusively for such a task. Powered by Android, the G Cloud doesn’t contain much raw horsepower of its own. The specs include a Qualcomm Snapdragon 720G and an octa-core CPU that runs up to 2.3GHz; a modest chipset, but definitely nothing that can handle some heavyweight native gaming.

For the most part, the device is targeted at folks who want to run services like Xbox Cloud Gaming via Game Pass, Nvidia GeForce Now, and Google Stadia. Microsoft and Logitech have also ensured that this device is a solid companion for your Xbox system, as you’ll be able to use it to stream titles from your Xbox One/Xbox Series console using the Remote Play feature. Valve offers similar functionality with Steam Link, which will allow you to stream your PC games to the G Cloud.

The system sports a 7-inch, 60Hz, 1080p screen (brightness up to 450 nits) and a roughly 12-hour battery life. While the screen might seem to be “low-res” by today’s standards, a 1080p panel is what helps it achieve that projected 12-hour-plus hour battery life in the first place.

Its controller array also isn’t half bad. In addition to the traditional button layout (with YBAX buttons like an Xbox controller), and twin thumbsticks, the system also features haptics and a gyroscope. It also features two analog thumbsticks, making it a great fit for racing titles like Forza Horizon 5.

Other specs include stereo speakers, a stereo microphone that can be used for voice chats (even featuring echo cancelling and noise suppression), a headphone jack, Bluetooth, and of course, a USB-C port. 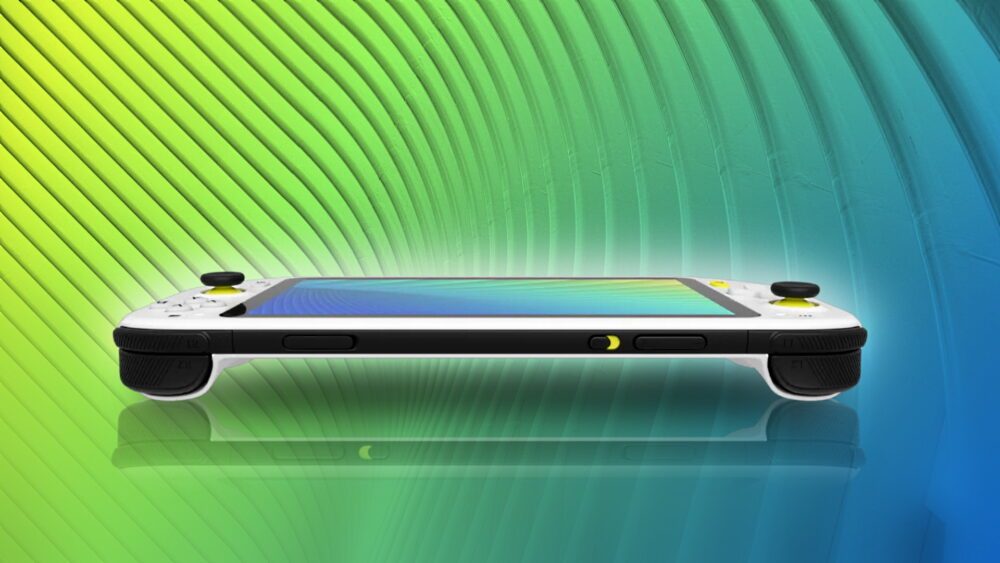 While the overall spec list isn’t half bad, the fact that it only has a dual-band Wi-Fi radio means that your cloud gaming experience will be entirely dependent on the quality of the available connection. Assuming your internet experience at home isn’t bad, that shouldn’t be a problem.

Meanwhile, congested and/or shoddy public networks when you’re out and about means your streaming experience will either be choppy or nonexistent. Not to mention that being at the mercy of cloud services means that you never fully own your game library. If there’s a title that you love on, say, Xbox Cloud Gaming, if it gets removed you’ll have to play something else.

The Logitech G Cloud handheld will launch in October for $349.99 USD. It can be pre-ordered now for an introductory price of $299.99 USD.