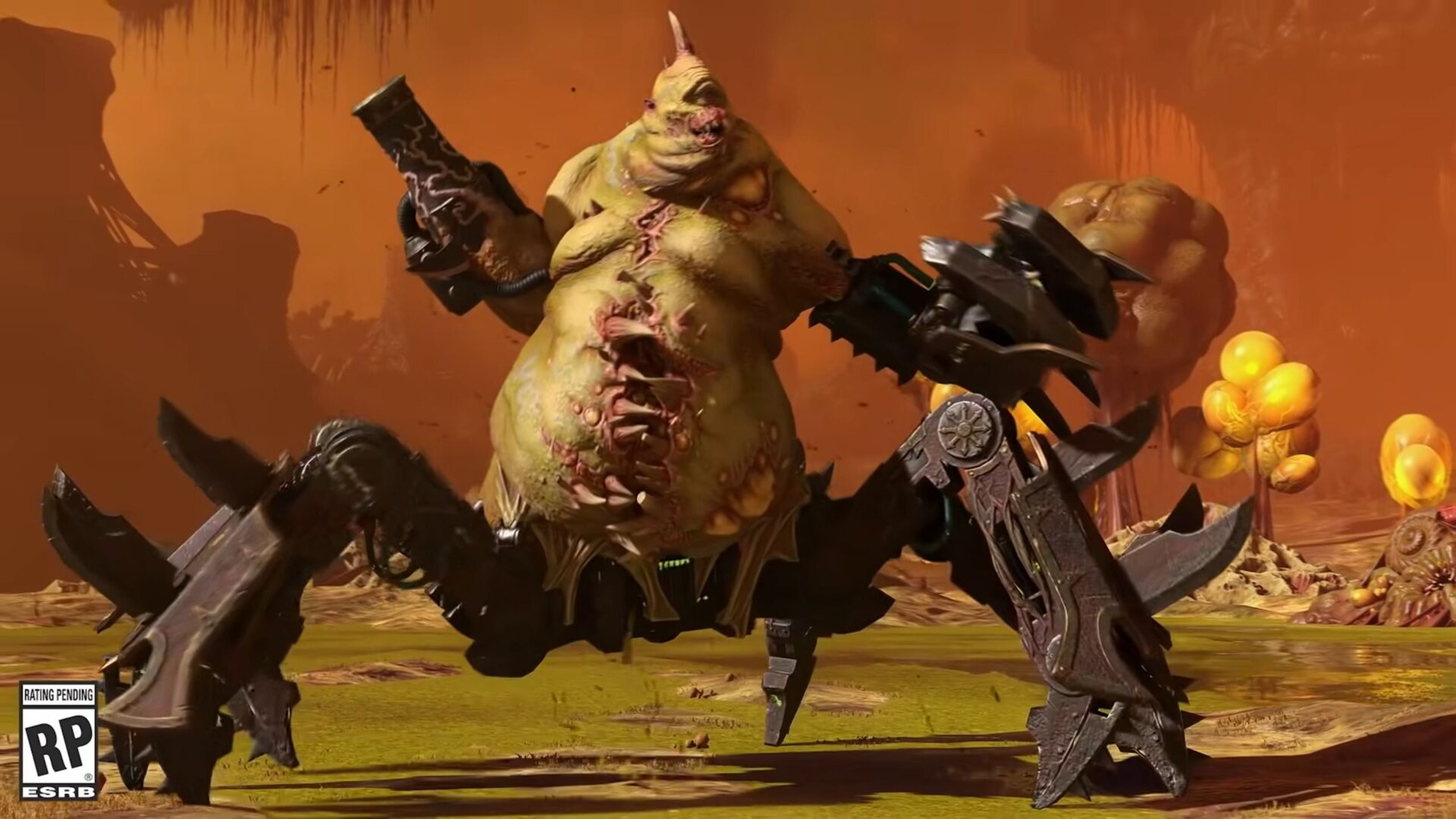 This time around, we take a look at the Soul Grinders, half-demon, half-machine, available for all four chaos factions.

You can watch the trailer below and read our brand new hands-on preview.

If you’re unfamiliar with Total War: Warhammer III, which is coming for PC (including Game Pass) on Feb. 17, 2022.

If you want to see more, you can watch the reveal of Kislev’s campaign gameplay, the introduction of the Daemons of Chaos and the Daemon Prince, a video showing the campaign, a trailer focusing on Slaanesh, another gameplay trailer showing a battle between Slaanesh and Nurgle, another featuring the Ogre kingdoms vs. Khorne, one focusing on battle improvements, one showing more battle gameplay, and a video on siege mechanics.

“Far beyond the world and its petty wars there exists a dimension of pure, malevolent magic: The Realm of Chaos. It is a terrible place, incomprehensible to the mortal mind. It whispers promises of power, but to behold it is to be seduced by it. To relinquish your soul to it. To become it.

The four Ruinous Powers rule over this place, ever seeking to slip their bonds and engulf the world in a tide of daemonic corruption. Nurgle, the plague god; Slaanesh, the lord of excess; Tzeentch, the changer of ways; and Khorne, the god of blood and slaughter.

On the border between the worlds, two mighty kingdoms stand sentinel: the stern warriors of Kislev and the vast empire of Grand Cathay. But each is beset by its own trials, and now both have cause to cross the threshold and send their armies into the Realm of Chaos.

The world stands on a precipice. A single push will plunge it into cataclysm.

And there is one who schemes to achieve just that, an ancient figure who desires nothing less than to wield supreme power. But to succeed, he will need a champion…

The coming conflict will engulf all. Will you conquer your daemons? Or command them?”