In Pokémon Legends: Arceus, grit is what you use to increase the effort levels of each of your Pokémon. This makes it easier than ever to max out your Pokémon’s stats, and doesn’t limit your choices in what stat to max out. However, you do need to know where to find each of the grit items in the game. That’s where we come in.

What is Pokémon Legends: Arceus grit?

Using grit items in Pokémon Legends: Arceus is the only way to boost your team’s effort levels. In nearly every other series entry, you would train up your effort levels, or EVs, in wild battles, or by using one of the medicinal boosting items that appeared in every game since Pokémon Red & Blue. In this game, it’s the collection of grit items you need to load into your satchel to level up your team to their true potential.

There are four types of grit items, and you’ll need as many as you can of each to get your Pokémon as battle-ready as they can be. You can see the effect of each below.

In the early game you only really need access to grit dust, but by the credits and the post-game, you should use all your grit to prepare for some surprisingly difficult battles. To use your grit items, simply select them on the main menu, and the game will tell you which items are viable for which of your Pokémon.

How do I get Pokémon Legends: Arceus grit?

There are multiple ways to get more grit than a Graveller while playing the latest Pokémon game, but not all of them are glaringly obvious. We’ve broken down each method of getting grit items for yourself, so you can get on with powering up your Pokémon.

The first way you locate grit items is through battling and catching Pokémon. Wild Pokémon often leave an item behind, and on occasion, the item will be one of the three types of grit. So make sure you check each time you catch a Pokémon that you’re checking the ground it stood on, or floated above, for grit items. 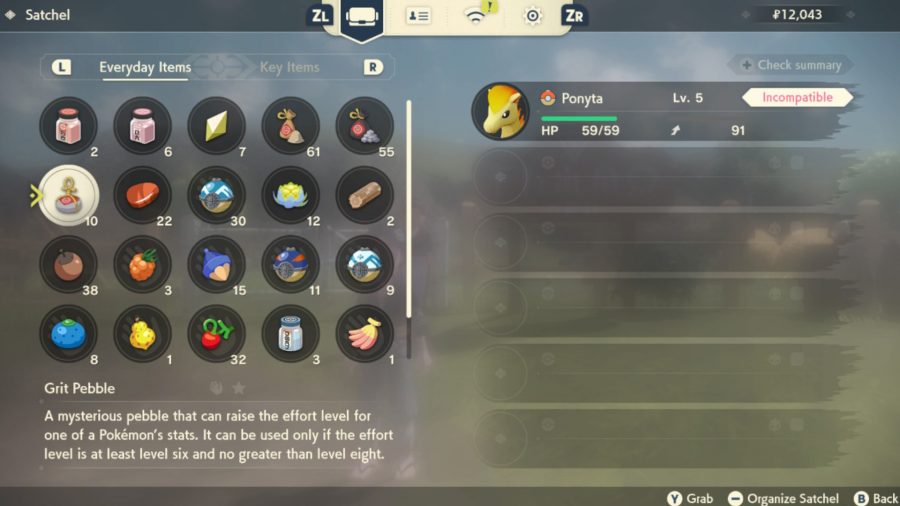 If you want to make things even quicker, we recommend making the most of the Pokémon Legends: Arceus outbreak mechanic by catching as many ‘mons as possible whenever they appear. Then, once you’ve caught a good haul and the swarm is over, head back to Jubilife Town to get more grit items via our second method.

Not only does releasing Pokémon often keep your pasture in check, but it also gives out grit items. Once you release your unwanted critters and leave the menu screen, an NPC will arrive and hand you the grit items left behind by the released Pokémon. Keep repeating this frequently, and your grit item supplies should never run too low. 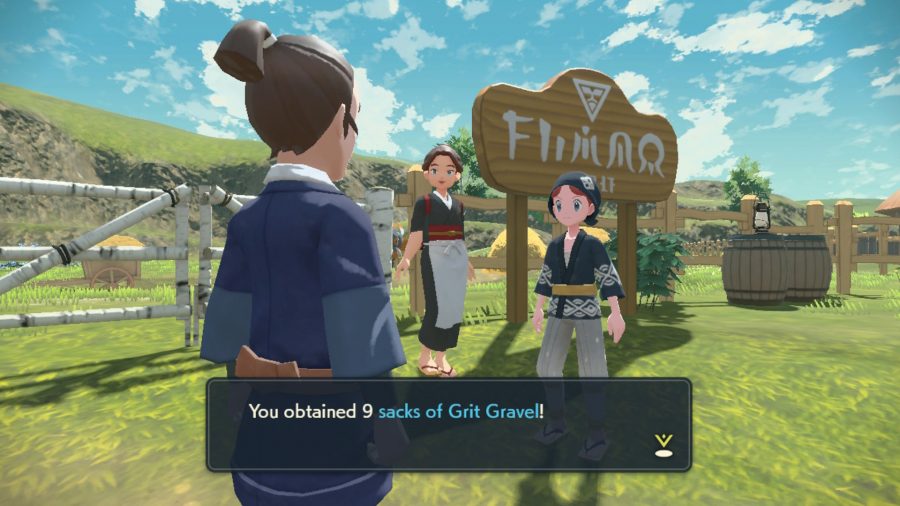 Finally, you can trade lesser grit items for their suped-up equivalents with Zisu at the training grounds. As well as training Pokémon’s moves, Zisu can offer you powerful grit items, and is especially useful when you’re grinding out lower level ‘mons and getting a lot of grit dust. Below is a list of what items Zisu will trade. 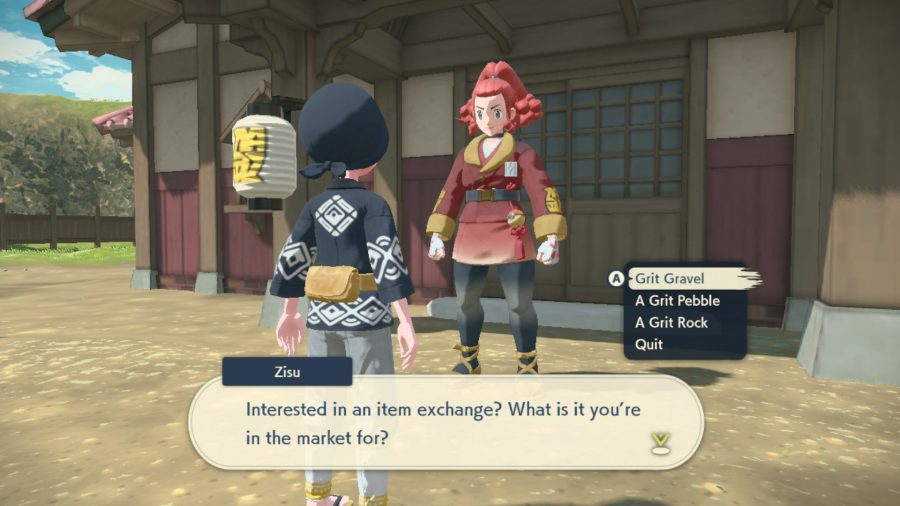 Now you know your way around Pokémon Legends: Arceus grit items, you can adventure Hisui with the confidence to take down even the strongest of alpha Pokémon. If you still haven’t had the chance to jump into Hisui just yet, then why not bring the region to you with Pokémon Legends: Arceus’ Hisuian Voltorb arriving in the world of Pokémon Go.