Following its recent LatAm expansion, Pragmatic Play continues to grow its global footprint having crossed the South Atlantic, sealing an agreement with one of South Africa‘s leading sports betting operators, Playbet. The deal significantly boosts the provider’s presence in what it considers to be a “key” market.

Under the multi-vertical agreement, the betting platform’s online portfolio has been strengthened as it has added Pragmatic Play’s entire product offering of slots, live casinos and virtual sports. Facilitated by the operator’s software provider, Aardvark Technologies, the Johannesburg-headquartered operator’s customers gained access to the three verticals from February 1st.

Games such as the supplier’s Greek mythology-themed title Gates of Olympus, which won the Game of the Year award at the EGR Operator Awards on November 25, 2021, along with player-favorite Wolf Gold and Sweet Bonanza CandyLand, which transforms its 2019 hit slot Sweet Bonanza into a mega wheel-style game with two exciting bonus games, are now available to Pragmatic’s players in South Africa. 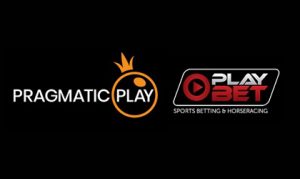 “This is a fantastic agreement to seal with one of the leading players in South Africa and it furthers our ambitions in this key market.

“It’s been a pleasure to cooperate with Playbet in making this happen and we’re sure its players are going to love the influx of quality content that’s coming their way.”

For its part, Playbet Chief Marketing Officer, George Vasilopoulos, explained that thanks to the partnership their customers are gaining access to more than 200 “world-class award-winning games and promotions” by way of their playbet.co.za website and are “very excited” about strengthening their online portfolio “in such a manner.”

The CMO gave “special thanks” to both Aardvark and Pragmatic Play “for all the great development and compliance work.”

As mentioned above, the deal follows the Malta-based provider’s continuing LatAm expansion via a new partnership with Estrelabet for two of its leading verticals.

Further cementing its status as a top supplier in Latin America, the Brazilian operator has enhanced its games lobby, adding Pragmatic Play’s slots and live casino products, which includes hits such as Mega Wheel, which gives players the feeling of being on their favorite TV game show, and Asian-themed slot title, Dragon Tiger, which was launched in early November 2021. 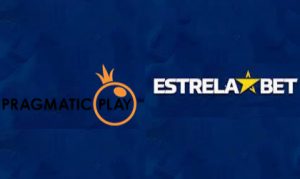 Victor Arias, who serves as Vice President of Latin American Operations for Pragmatic Play, said the firm’s multi-product offering allows them to stand out and they have “enjoyed significant success” in Latin America having brought “numerous verticals to operator partners and taking them live swiftly.”

Arias adds that they are “extremely pleased to be partnering with EstrelaBet, and we can’t wait to see where the agreement takes us.”

The latest in a series of recent commercial deals, Pragmatic Play has had marked success in Latin America where its hub based in Argentina is led by the 20-plus year iGaming veteran. The provider continues to make expansion in the region a priority.

“We’re always looking to enhance our online casino offering and working with Pragmatic Play allows us to bring three exciting verticals to our customers.

“With games for players of every demographic, there is plenty to enjoy for fans and we look forward to this working relationship.”