Resident Evil 4 VR is getting some updates to accessibility, as well as the return of the fan-favorite game mode, The Mercenaries. Announced on Meta Quest’s official blog, Resident Evil 4 VR is also receiving its first post-launch update today. While you’ll have to wait for The Mercenaries mode, today’s update brings in many adjustments to the game’s accessibility options and “other optimizations that enhance various facets of the experience.”

The VR version of Capcom’s beloved survival horror title made the original game relevant for a new generation, but it was missing a few important features at release. It does seem that Resident Evil 4 VR‘s first update will be addressing some of these issues, though.

The Meta Quest 2 exclusive title faced some issues at release. Mainly, the problems centered on the game’s lack of accessibility features. Things like being able to adjust the height of items, as well as general movement options, were not present in the title at release. But, with this new accessibility-focused update, Resident Evil 4 VR will finally include these options. Players can now adjust other settings like swapping their dominant hand and making use of new controller-directional movement.

Updates like these are good to see, and it’s nice that Armature Studios is responding to player feedback. Accessibility options are incredibly important, especially in VR where people need to fine-tune their experience. Now, more people can experience what it’s like to fight off dozens of bloodthirsty enemies in a small rural village. Granted, it’s probably a bit strange to want to experience that. 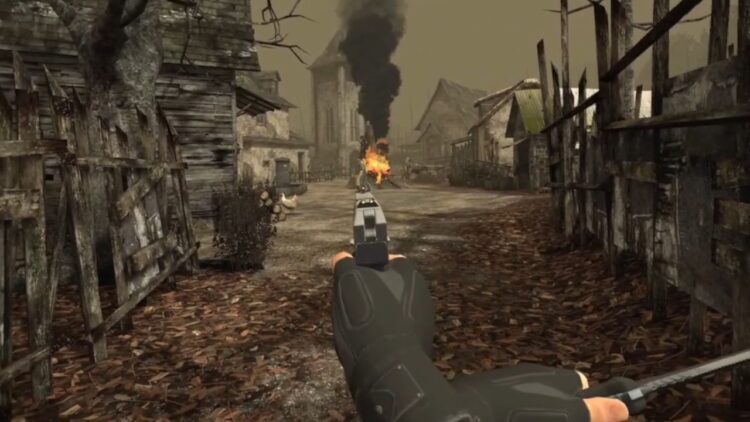 This isn’t the only update planned for Resident Evil 4 VR, though. There aren’t many details as of now, but The Mercenaries will be coming to the game later this year as a free update. Eagle-eyed players noticed this last November. The mode tasks the player with fighting off hordes of enemies to build up a high score before time runs out. In Resident Evil 4‘s original release, The Mercenaries was unlocked after beating the game for the first time. The VR version of the game didn’t include the mode at release, though, something that disappointed a lot of fans.

It’s a good time to be a Resident Evil 4 fan. Especially with the recent release of a fan-made remastering of the game dubbed the ‘Resident Evil 4 HD Project.’ This mod updates the game’s textures, models, and lighting to a whole new level.