Saints Row is coming back. A reboot, simply called Saints Row, is set to release for PS5, PS4, Xbox Series X|S, Xbox One, and PC on August 23, 2022. It's available now for preorder at various retailers (see it at Amazon) and in several editions. Below, you'll find full details about where you can find it, how much it costs, and what comes in each edition. Read on for the goods. 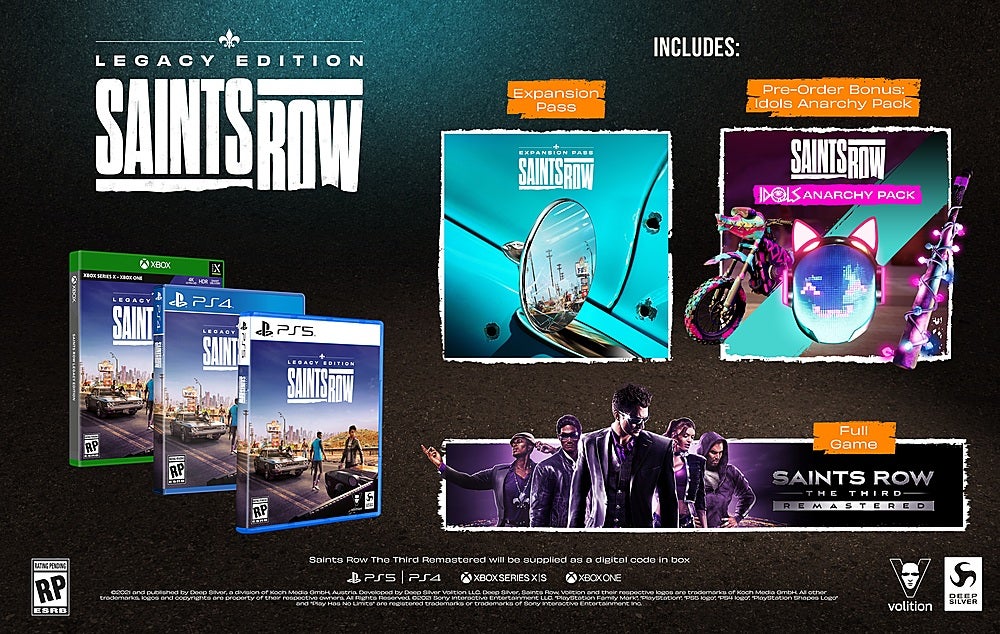 Saints Row Legacy Edition is available at Best Buy. It comes with the core game, the preorder bonus (see details on that below), plus the following: 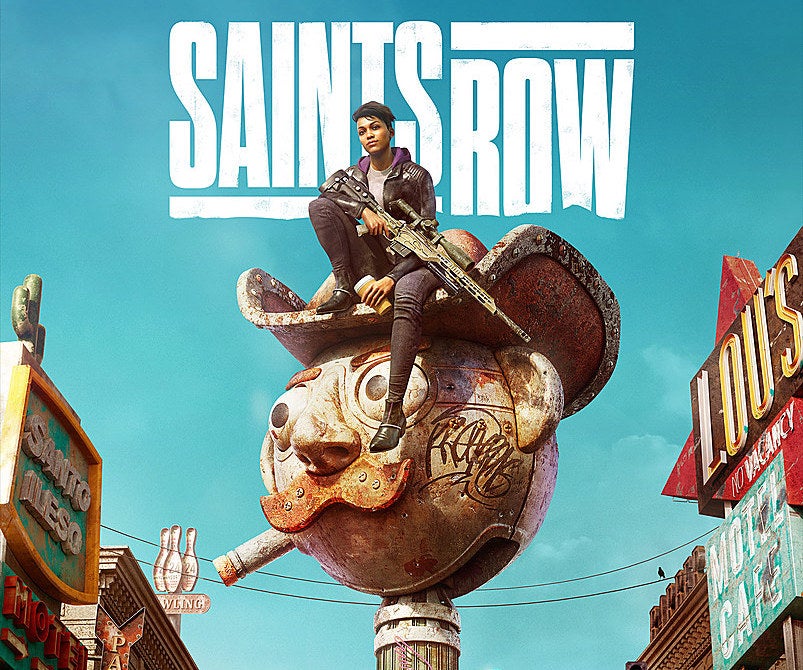 Preorder the standard edition at any retailer, and you'll get the following DLC:

If you preorder at GameStop, you'll also get the following digital items: 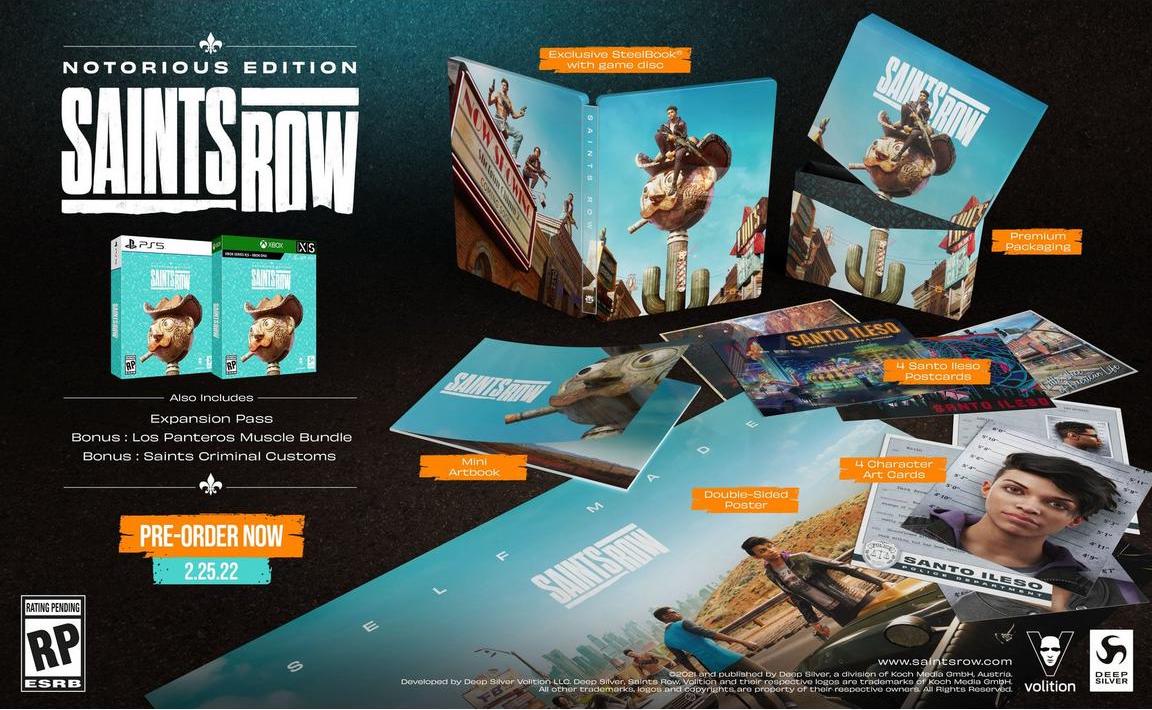 The notorious edition is the only physical special edition, and it's available exclusively at GameStop. It includes the game, plus the following: 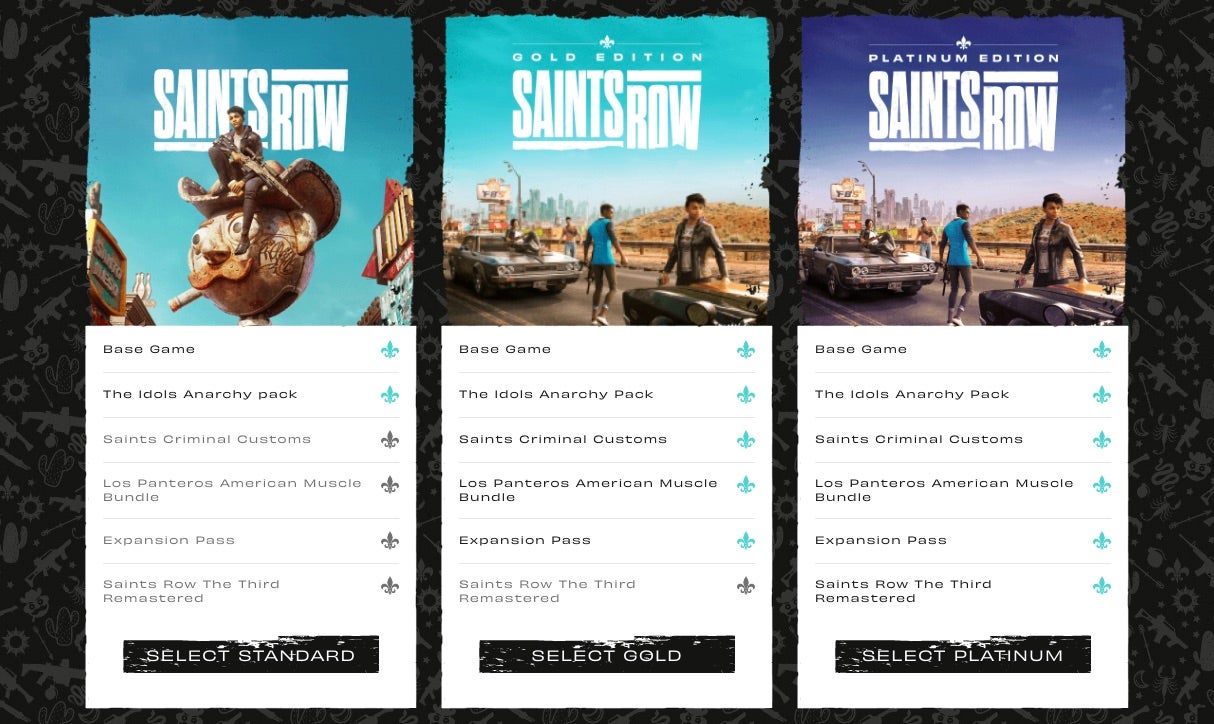 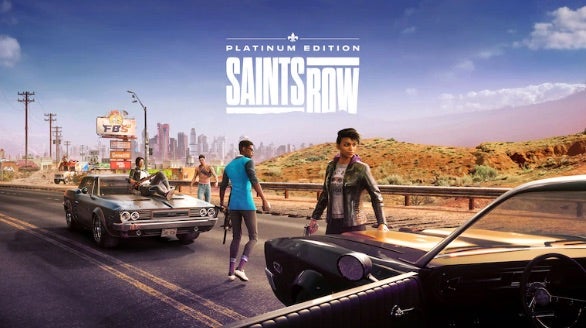 The digital-only Platinum Edition includes everything in the Gold Edition, plus a copy of Saints Row the Third Remastered. Here's the full rundown: 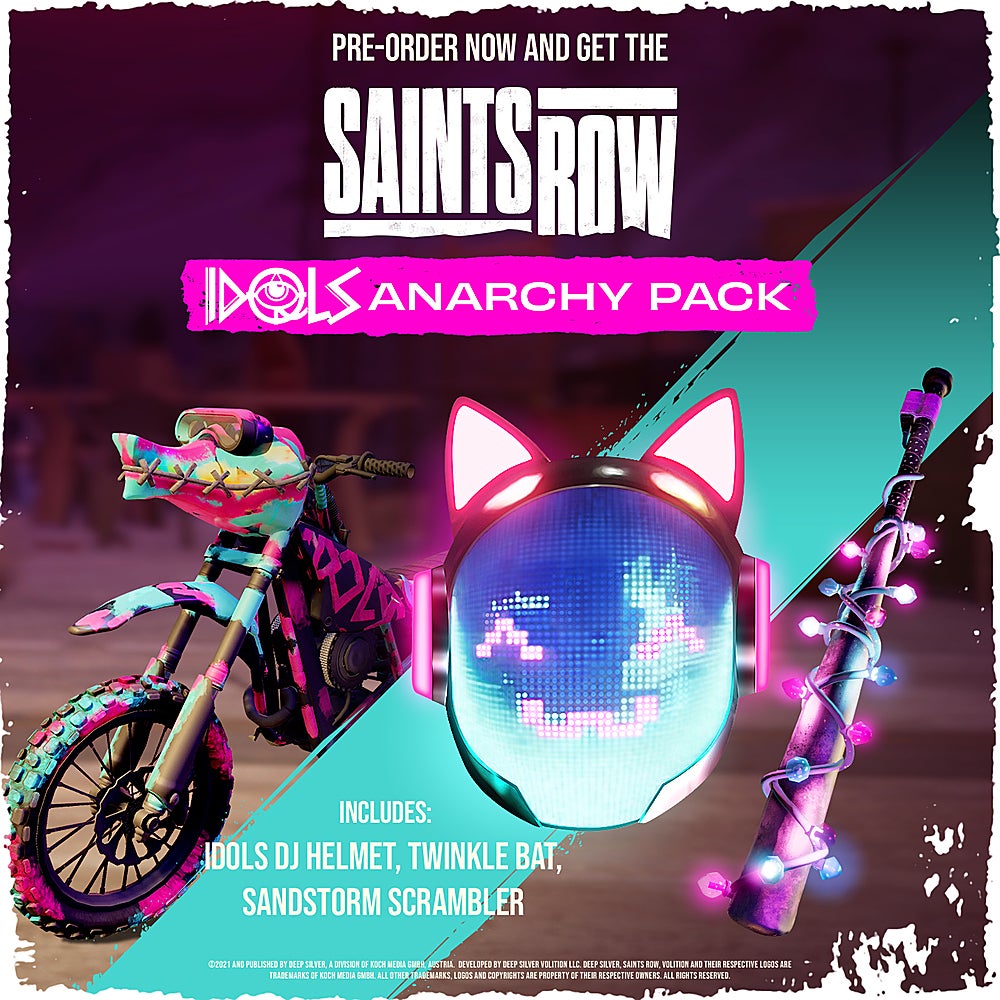 Preorder any edition of Saints Row, and you'll receive the Idols Anarchy Pack, which includes the digital items seen in the image above.

Preorder at Best Buy, and you'll receive a free Saints Row keychain (worth $9.99).

Saints Row is an all-new open-world game, with a new cast of characters. It's set in a fictional city in the southwestern U.S. called Santo Ileso, and this particular metropolis is bursting at the seams with violent criminals.

You play on a team of up-and-comers who just want to accrue some cash and power, and they're not afraid to break some laws to get it. There's the Boss, Eli, Nina, and Kevin.

Now, you may be on a team of criminals, but you'll face off against a bunch of even worse villains. Three gangs are vying for power in the city. One is Marshall, a high-tech corporation that's out for total domination. Another is the Panteros, a group of heavy-hitters who favor melee weapons. Finally there's an anarchist gang called the Idols, whose members wear LED helmets.

While the game still offers plenty of chaotic action, it looks like the silliness and over-the-top-ness of some previous entries has been dialed back here.

Chris Reed is a deals expert and commerce editor for IGN. You can follow him on Twitter @_chrislreed.