Soul Hackers 2 is an intricate and intriguing RPG that features unique twists on the Sjim Megami Tensei formula. The dungeons are definitely a bit bland, but the characters and addictive gameplay loop make for an overall excellent Shin Megami Tensei spinoff.

One of the primary strengths of the Shin Megami Tensei series is how varied its games can be. Spinoffs can be anything from action RPGs to Musou games, with all of them typically reaching a certain level of quality. Soul Hackers 2 is no exception to this, as it mixes up the winning formula in a refreshing way without losing its distinct style.

One of the most unique alterations Soul Hackers 2 makes to the series comes in the form of its protagonist, Ringo. Unlike the ones found in most Shin Megami Tensei games, Ringo is a voiced protagonist. She has her own distinct personality and a more active role in the story. While this doesn’t let you immerse yourself in Soul Hackers 2 as easily as you might in a Persona game, it adds a great deal to the story and makes the narrative feel more structured. 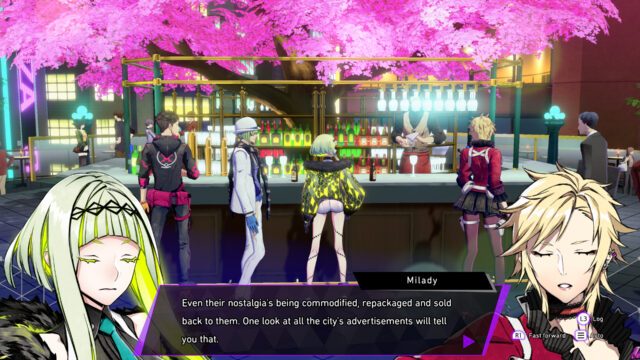 It helps that Ringo is immensely likable, though the entire main cast stands out as fun to follow. They all come from drastically different backgrounds, which makes for diverse and varied conversations between them. These discussions are woven into the gameplay, as you can spend time with your party members to increase their Soul Level – essentially the same as Persona’s social link levels. These not only let you explore deeper levels of certain dungeons but also give you a better understanding of your allies while developing the world of Soul Hackers 2.

“Equipping and fusing demons is as addictive as ever while recruiting them is easier than before since they no longer randomly flee upon having their conditions fulfilled.“

Speaking of certain dungeons, these are the biggest issue in Soul Hackers 2. A good chunk of the game’s dungeons take place in the Axis, which is essentially an AI-made delve into your party member’s past. There’s not much visual differentiation between the floors throughout these dungeons, leading to an occasionally confusing and consistently bland dungeon-crawling experience. It’s especially disappointing when you consider how visually impressive dungeons throughout Shin Megami Tensei and Persona can be. 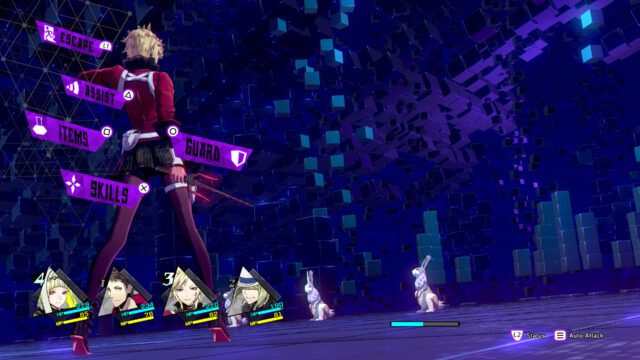 The actual gameplay within these dungeons is excellent though, being mainly comprised of the classic Press-Turn system with a twist. In most Shin Megami Tensei games, exploiting an enemy weakness provides you with additional turns. In Soul Hackers 2, exploiting weaknesses lets you use the Sabbath skill – essentially a potentially massive burst of damage to all enemies. It’s a neat variation of the tried-and-true mechanic, and it breathes new life into the spin-off. Equipping and fusing demons is as addictive as ever while recruiting them is easier than before since they no longer randomly flee upon having their conditions fulfilled.

The world and aesthetic of Soul Hackers 2 is brilliant. Taking place in a stagnant future where everything is subtly hopeless but delightfully neon, the game doesn’t feel especially far-removed from our own reality. Seeing the different characters all manage this rough future – especially with the potential apocalypse that Ringo was made to stop on the horizon – adds a bittersweet tone to the story. Through sidequests and the aforementioned party social events, you get a good idea of what the game’s story is all about, beyond the main narrative.

The Final Word
Soul Hackers 2 is an excellent JRPG that Shin Megami Tensei fans and newcomers alike will be able to dive straight into. Though the dungeons are basic and repetitive, the gameplay, characters, and story are all more than enough to keep you riveted. Don’t let Soul Hackers 2 fly under your radar, as it’s one of the year’s best RPGs.