The Batman’s sequel hasn’t been officially greenlit, but here’s where the story could go based on clues in the movie. 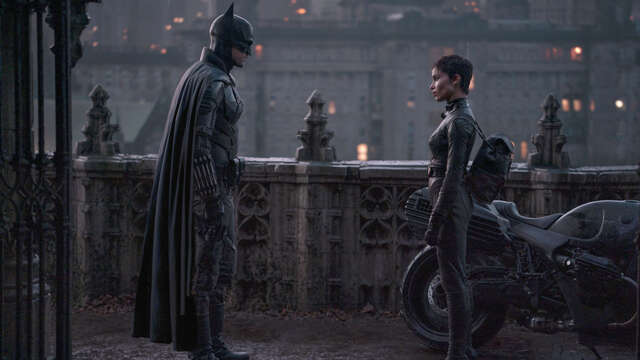 While a sequel to The Batman has not yet officially been greenlit, Warner Bros. and HBO Max are obviously very eager to continue the property. From the cliffhanger ending in the movie itself to the various upcoming streaming TV shows in the works, it’s clear that we are in no way done with this new Batman world–and luckily for us, the movie packs plenty of clues and Easter eggs about what we can expect to see in the future.

Needless to say, we’re getting into huge The Batman spoiler territory here, so if you haven’t seen the movie, consider yourself warned. Or, if you’d rather embrace the spoiler lifestyle and just read our recap of the ending, feel free to check that out here. Just don’t say we didn’t warn you. 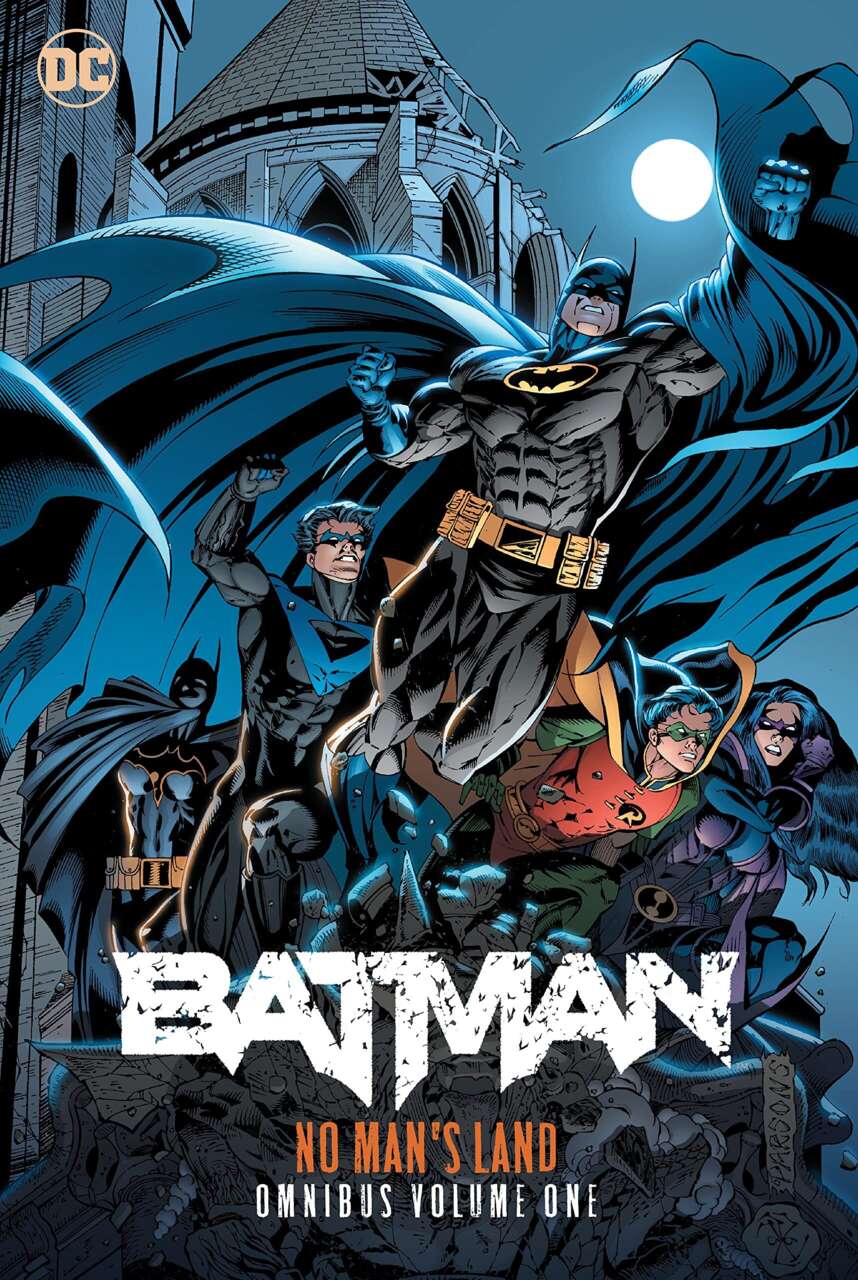 The most obvious direction for The Batman 2 can be found in the seminal comic book event, Batman: No Man’s Land, which ran for a full year back in 1999 across the entire Batfamily of comic books. This was the story that introduced Cass Cain as Batgirl, among other things, and it’s served as the inspiration for a handful of Batman adaptations already. The Dark Knight Rises, for example, took some pretty heavy cues from it, so it is by no means an untapped vein of Gotham City lore.

If you’re unfamiliar, No Man’s Land was the story of what happened to Gotham after the city was partially destroyed by a massive earthquake (in the Cataclysm event) that lead to a mass evacuation and then the governmental declaration that it was–wait for it–a “no man’s land.” This was partially due to some fancy political footwork by villains, of course, but it resulted in the bridges into Gotham being blown and everyone left inside to descend into Mad Max-style gang warfare and chaos.

The Riddler’s scheme in The Batman clearly wasn’t an earthquake, but it definitely did the job. The biggest takeaway from the comics that we’ll likely see in the future of the franchise is the frantic power grab from Gotham’s underground. This was teased with Penguin at the end of the movie, but in the comics it was a knock down, drag out fight between just about everyone with even Gordon and the GCPD having to establish themselves as a sort of “gang” to hold their “territory” as things progressively became worse and worse.

But, as previously mentioned, No Man’s Land is also a fairly well tapped mine for inspiration in Batman content, so there’s also a chance things could go a different direction, one that’s a bit more recent. 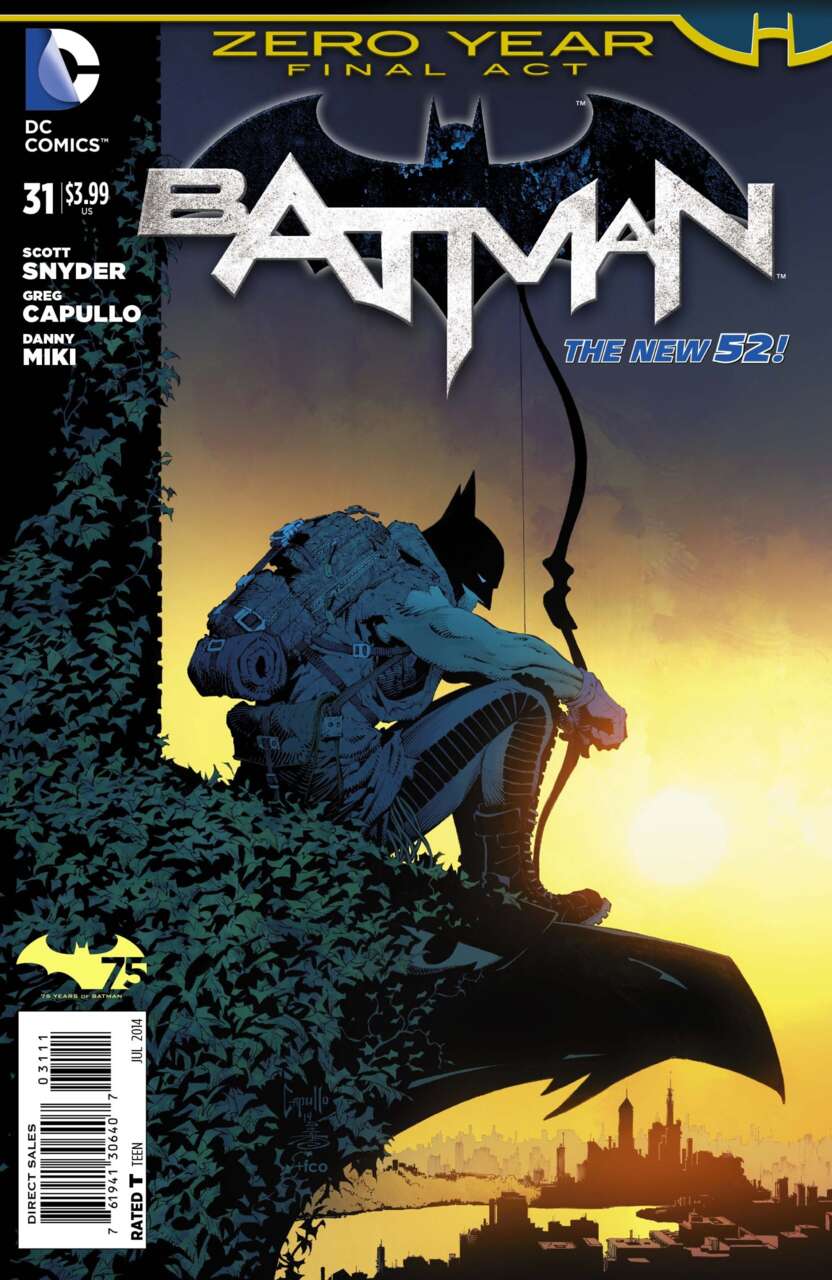 A year-long crossover event released in 2013, Batman: Zero Year was the New 52’s take on a sort of No Man’s Land style story–with a couple major twists. First, it’s a soft reboot (to work with the overall, universal reboot of the New 52 across DC Comics as a whole) of Batman’s origin story, and second, it kicks off with the city being almost entirely destroyed in a massive flood. It’s a fairly complicated story that involves a bunch of different characters, but, critically, it ended with a bizarre dystopian Gotham (that was, somehow, almost immediately reclaimed by nature–we’re not quite sure how that happened so quickly but who are we to judge?) ruled over by The Riddler.

Obviously, the way things ended with The Batman has Riddler in Arkham, so he’s not going to become a self proclaimed king any time soon, but the fact that he’s making some dangerous friends (i.e. The Joker) inside the asylum means we might be seeing a very different side of Riddler whenever he does manage to get free. If the city hasn’t been properly restored by then, well, anything is on the table.

Zero Year is also notable for how early in his career Batman is during it–it’s a revamped origin that also deals with Bruce figuring out exactly what it means to be a symbol in a place like Gotham, and what he has to do to earn the trust and support of civilians.

But, let’s jump back to that blossoming Riddler and Joker friendship for a second.

The War of Jokes and Riddles 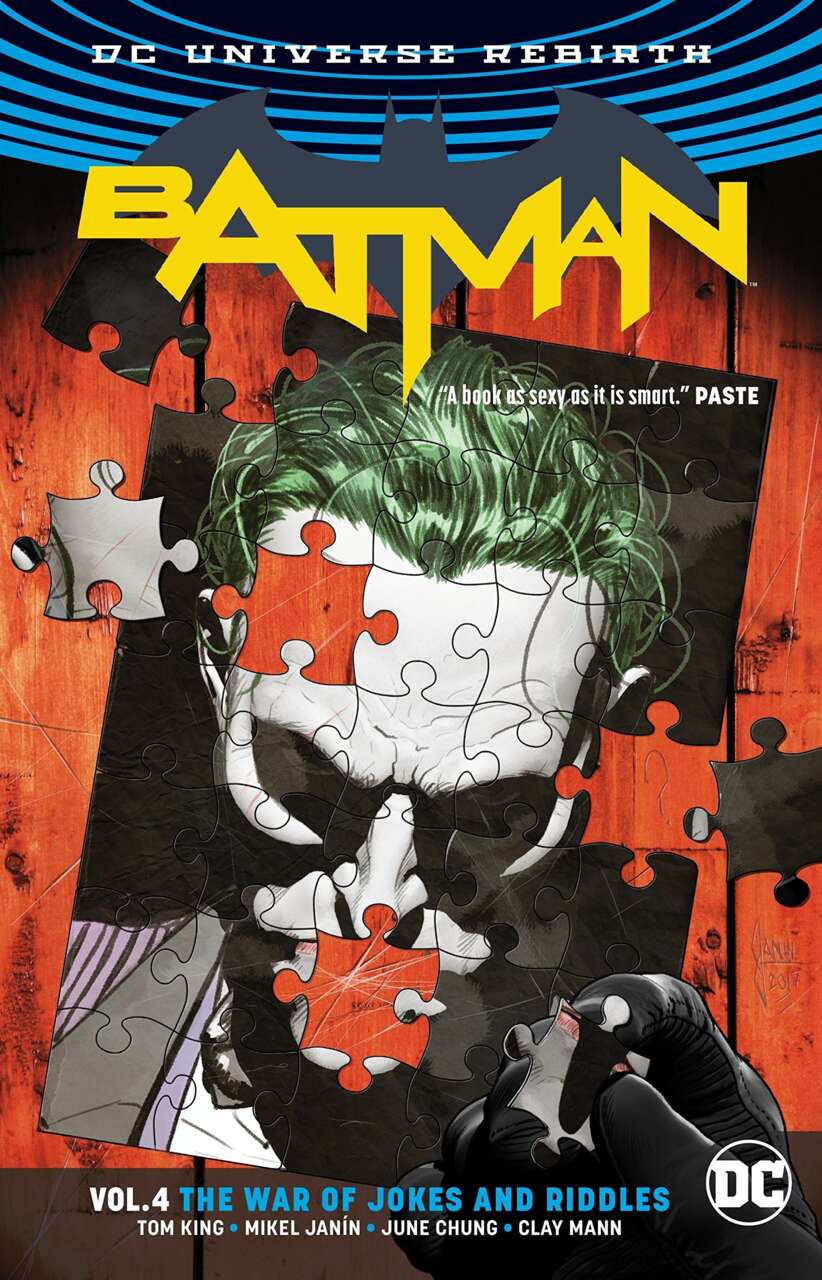 Another modern day Batman story we could look at for some possible inspiration is The War of Jokes and Riddles, a story arc that took place in 2017 and featured, if you hadn’t guessed just by the name, an all out turf war between Riddler and Joker that swept just about everyone up in the crosshairs.

This one is admittedly a bit of a leap from what we know about these characters in The Batman universe. We can assume that they’re going to be friends for a while (much to the detriment of the health and safety of the citizens of Gotham, to be sure) but, stability has never been either character’s strong suit so a falling out is definitely in the cards.

Most interestingly, The War of Jokes and Riddles forced many of Gotham’s other rogues to pick sides and align themselves with either faction in a full on villain civil war with Batman caught in the middle. This could be an interesting direction for a future movie, especially since having two big bads focused more on taking each other out than taking Batman out would give a lot of room for new twists and ideas.

Finally, the villains aren’t the only ones who need some time in the spotlight. There’s the streaming GCPD focused TV show to consider as well. And for that, there’s only one clear place to look. 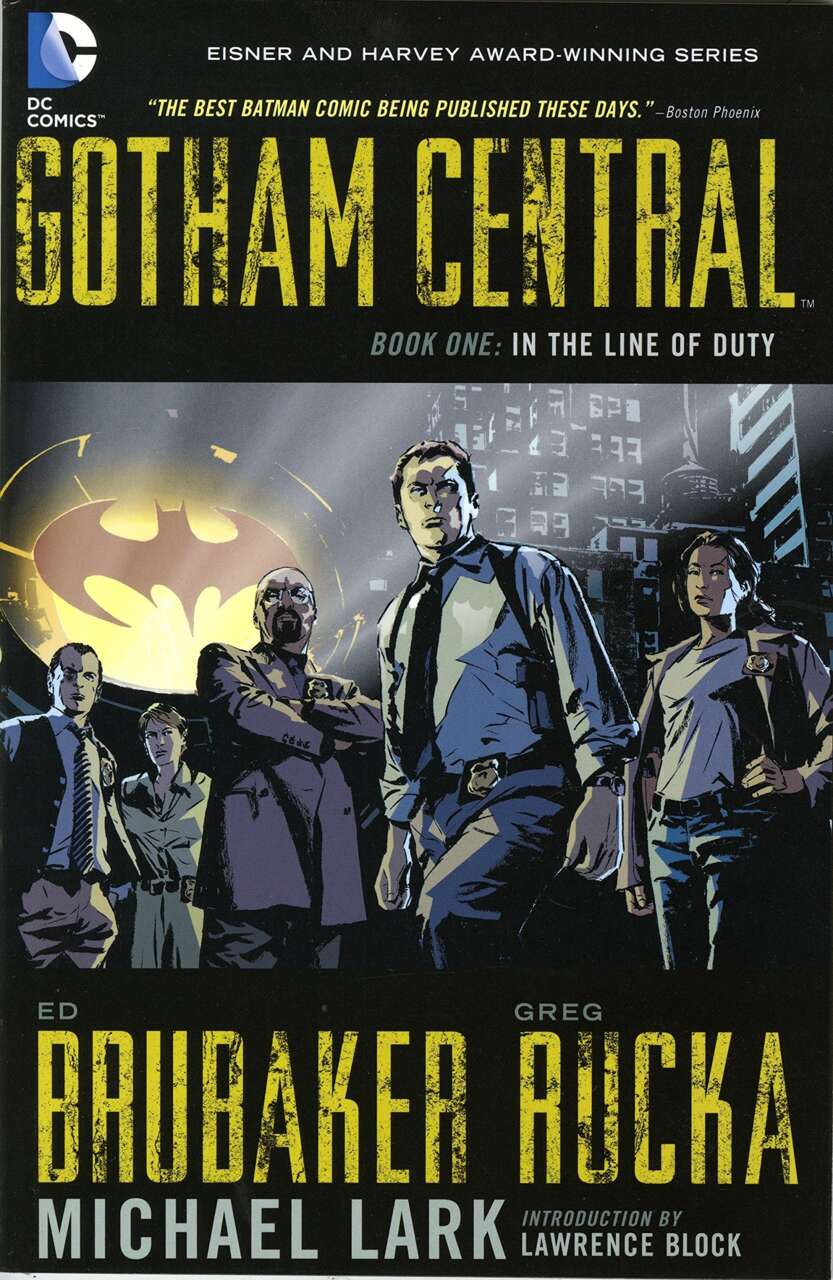 It was announced back in 2020 that HBO Max would be home to a streaming TV show focused on the Gotham PD within the world of The Batman. Since then, a Penguin-focused show has also been announced, but details on both shows have been sparse since their initial announcements.

(UPDATE: The GCPD show has since been put “on hold” per Matt Reeves, but whether or not that means it will or will not happen remains to be seen.)

However, with the movie out and a better idea of what this version of Gotham looks like, it’s easy to see what the GCPD is going to be up against (and what Penguin is going to be trying to accomplish). It should come as no surprise that the best place to look for inspiration for these stories will undoubtedly be the Gotham Central series from the early 2000s.

Gotham Central was a police procedural that took a closer look at characters within the GCPD and what life was actually like for law enforcement in a city full of costumed vigilantes and villains. Batman himself very rarely showed up and was frequently only ever mentioned in passing, but loomed large as a figure in everyone’s minds nonetheless.

Critically, these issues featured predominantly short one and two shot stories that could easily be adapted for TV, so if any of the stories in this list get a one-to-one adaptation from page to screen, this is the most likely source.

Court of Owls and Hush

Finally, we have two decidedly more oddball contenders, both of which were referenced in their own ways during the movie itself. Court of Owls is one of the most popular modern Batman storylines, spinning out of the early days of the New 52 reboot. It introduced a secret history for Gotham City that included supernatural, near-immortal assassins working for an illuminati-like body that had secretly been pulling the strings of Gotham for hundreds of years. Naturall, Bruce discovers that his family (and the Grayson family) have a history with the Court and have to figure out how to bring them down.

This one isn’t directly pointed at but moments with the Wayne family history, especially Martha’s stint in an institution, do lightly wink at the possibility for more secrets to be revealed, though it’s unclear how a literal labyrinth hidden beneath the city full of literally immortal, brainwashed assassins could fit into this more grounded take on the universe.

Finally, Hush is another very popular story from the early 2000s featuring Batman going up against a new villain who teams up with Riddler to manipulate the entirety of Gotham’s underground to take Batman down. We get a nod to a new version of this character in some of The Batman’s backstory where a reporter named Elliot was murdered by a hit placed by Thomas Wayne. This is likely this universe’s version of Tommy Elliot’s father, the titular Hush, who in the comics was a childhood friend of Bruce.

There’s a lot of big changes in the movie that would prevent a 1-to-1 adaptation of this story–and the big reveal that Tommy Elliot surgically altered his own face to look more like Bruce himself would feel a little silly–but still, the possibility for a story inspired by these events is definitely possible.

The Batman is in theaters now.