The Legend of Heroes series has been one of the most iconic names in RPGs for decades in Japan, but it’s one that’s struggled to find its footing in the West. It felt like we were getting somewhere once the Trails of Cold Steel sub-series started getting regularly released overseas, but years of delayed localisations has made it nearly impossible for Legend of Heroes to gain a foothold outside of it’s dedicated cult audience.

Part of the problem is that we’re currently three main entries behind the Japanese releases – imagine a scenario where Persona 5 Royal just came out in Japan, but America is only just getting the original version of Persona 4. It feels a bit backwards, then, for this year’s Legend of Heroes global release to be Trails From Zero – a PSP release from 2010 that, while incredibly important to the lore of the franchise, drags us even further from experiencing a modern Legend of Heroes release in English.

The last few years of Legend of Heroes games – namely the increasingly convoluted Cold Steel sub-series – have required prior knowledge of practically the entire franchise in order to fully wrap your head around their stories. The cast and crew of Trails From Zero is one of the biggest parts of that narrative crossover, and the good news is that their game is pretty standalone. Existing fans can dive into it and unravel a fresh new story from the ground-up, while brand new players curious about the franchise can jump in here and have just as good of an experience.

The preview event where NIS America showed off new footage of the game was light on story or cutscenes, but if previous entries in the series from this time period are anything to go by, expect a rich and well-explored world where every single character gets their time to shine. 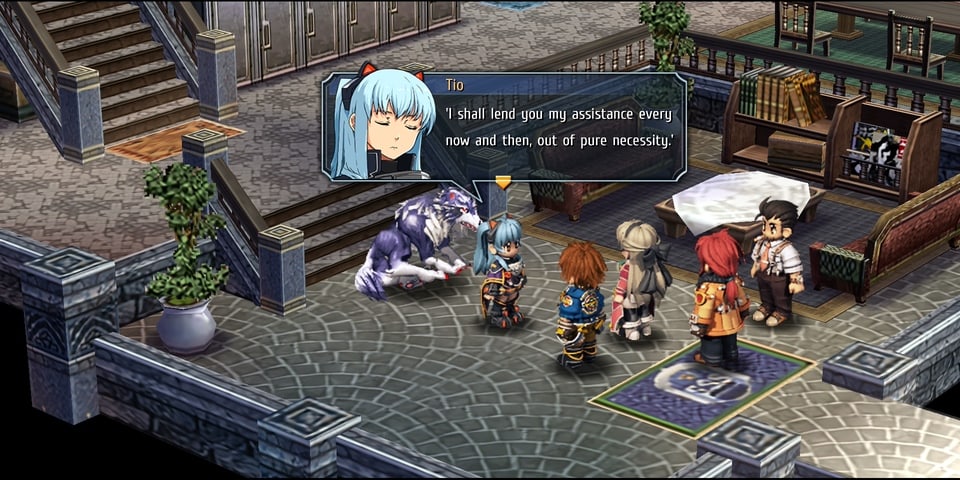 As compelling as the story and characters of Trails From Zero may be, it’s hard not to judge this book by it’s cover. Coming from the 3D visuals and fluid animations of the latest Trails of Cold Steel release to the chunky, lo-fi sprites of this 2010 JRPG is a big ask. The global release sports some updated visual treats like improved textures and more solid framerate, but don’t expect this to be a ground-up visual remake. The visual discrepancy isn’t nearly as jarring if this is your first time with the series, or if you’re coming into it after playing the infamous Trails in the Sky series that came just before this game. In that situation, the chibi sprites and soft environmental art add a certain charm that’s easy to appreciate outside of the context of the modern Legend of Heroes releases.

Combat takes a similar page from the book of Trails in the Sky. Combat encounters drop you into top-down, turn-based battles where your special attacks have a field-of-effect that you’ll need to line up just right in order to dish out as much damage as possible. Don’t expect as many sub-systems and multi-tiered combat mechanics as Trails of Cold Steel, though – if you want things to be as simple as possible, you can load into the new High-Speed Mode. This lets you fast-forward through battles and zoom through cities like a blast-processing hedgehog, allowing you to cut straight to the story moments if you’d rather savor those instead of the combat.

Trails From Zero seems like a charming game, but I can’t help being hard on it when you see how much further ahead the series has moved in Japan. Action-RPG PlayStation 5 epic Legend of Heroes: Kuro No Kiseki is months away from it’s debut in Japan, while America will only be getting the finale to the previous sub-series next and has no confirmed release date for the localisation of the first Kuro no Kiseki game. In that context, despite how long fans have clamored for an official way to experience Trails From Zero in english, you can’t help but feel like September 27th release overseas is a morose sign of how unlikely it is we’ll ever see this franchise embrace the simultaneous global release schedule that every other massive JRPG franchise has adapted to.