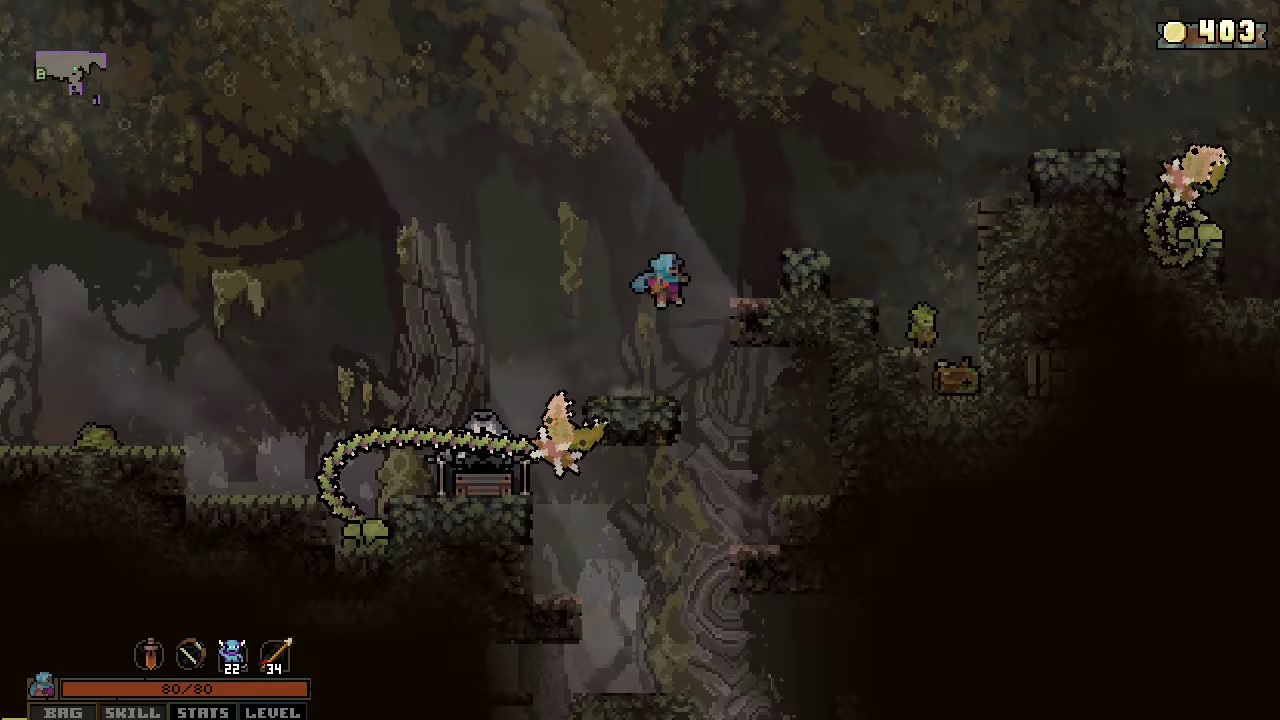 Following its release on Switch this week, we’ve got gameplay for Vagante. 22 minutes of footage shows off the action platformer that features permanent death and procedurally generated levels.

Vagante is an adventure set in a dark fantasy world filled with monsters, demons, and crooks. Despite these dangers, adventurers commonly travel these unforgiving lands questing for fame, riches, and power.

A recent rumor has it that a certain cave at the edge of the woods guards an unfathomable treasure. While a handful of intrepid adventurers have ventured into the cave already, none have returned. Undeterred by the potential danger, you set out by caravan to investigate…

*Local and Online Co-op – Adventure cooperatively with up to four players, either locally or online!

*Procedural Generation – With procedurally generated levels, no two runs are ever the same, allowing for countless hours of gameplay.

*Choose How You Play – Choose a unique hero class, skin, and starting equipment, then customize your character further as you play with your choice of unique class skills at each level.

*Discover Secrets – As you progress in the adventure, you will unlock more hero classes, equipment, music tracks, and more in the Book of Secrets.

*Explore a Rich World – Explore four unique areas each with their own set of dangers such as monsters, unique bosses, and traps.

*Tough, but Fair – Play a game designed for players looking for a challenging but rewarding experience.

The new gameplay for Vagante can be seen below.

Vagante is up now on the Switch eShop. Note that English is the game’s only supported language.