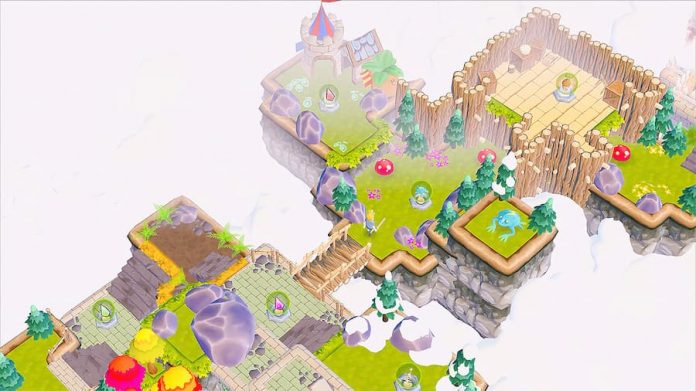 Headland is… the land inside your head.

Or at least, the land inside the head of Nor, Headland‘s protagonist. Going to sleep isn’t quite as relaxing as it should be when you’re faced with a world to save, robots to help and monsters to destroy. But Nor’s up for the challenge, and what ensues is a colourful, fun journey that lasts four to five hours.

There’s an old-school charm to Headland that’s reminiscent of platform-adventure games of the 90s and early 2000s. As Nor, you’re equipped with a sword, with which you can defeat enemies and smash through barrels and rocks to find various useful items. By collecting wood, rocks and coins you can upgrade your weapon or craft a new one. You’ll also upgrade your health and damage output over time, giving a nice progression curve to the game.

Headland is rather simple, so don’t expect something that’s going to offer you a meaningful challenge. But don’t write it off because of that, either. For the most part, this is an easy-going game that’s fun to relax with. Some of the combat encounters can be a little unfair if you’re unprepared – but that’s what those weapon and stat upgrades are for.

The action is split over several levels, many of which can be played in any order. They’re fairly small in size, but all offer an open area to explore. Poking around will offer you extra rewards, as each level has secret areas to discover (typically containing bonus collectibles). Typically, finishing a level simply means reaching the end and defeating the enemies that wait for you. But a couple offer slightly different challenges, like collecting enough wood and stone to restore a village. 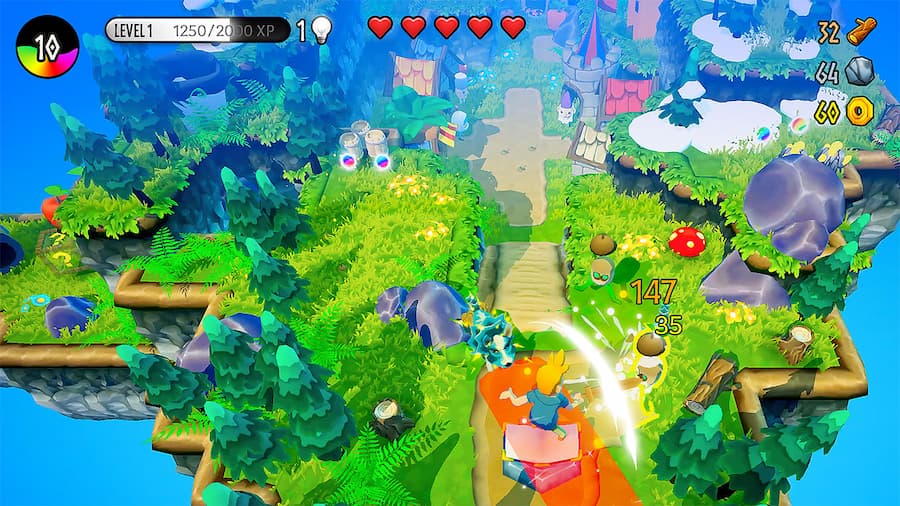 As already mentioned, you’ll finish Headland in around four hours, but there is more to do if you want to. Hidden across some levels are floppy disks which can be used to upgrade your ‘home base’ – a floating island inhabited by robots. You can exchange floppy disks for various decorational items, like a flower garden and an outbuilding. They don’t have any function, but it’s nice to see the area flourish if you want a reason to keep playing.

Playing handheld on an OLED Switch, Headland looks sumptuous. Its colourful worlds jump off the screen, and every area is a pleasure to explore. Its bright and bold design shines best here; blown up on a big screen in docked mode isn’t quite so forgiving – though that’s true of the majority of Switch games.

Oh, and it has its own adorable theme song, which automatically makes it a winner. Listen:

Headland won’t set your world on fire, but it will provide you with a pleasant way to spend a couple of afternoons. This cute, colourful adventure isn’t about challenging or testing you in any way; it’s simply about having fun, exploring, and helping a young boy fix a robot. Aww.

This review of Headland was facilitated by a code provided by the publisher. It’s available on Nintendo Switch.