Avicii Invector proved to be one of the most spectacular entries to the rhythm action genre we’d had in a long while. Built on the pulsating, hook-laden, and resolutely emotional music of Tim Bergling, Avicii Invector continued a strand of rhythm action that began with Frequency and Amplitude, steering a futuristic craft along a musical track while neon visuals took you to distant galaxies.

If there’s one thing VR really gets right, it’s rhythm action. Beat Saber is a platform in and of itself, while other hits like Synth Riders and Pistol Whip have proven that the mix of immersive visuals and compelling audio create an experience that simply can’t be replicated elsewhere. Avicii Invector is the latest game to make the jump from 2D to VR, and while it’s fundamentally the same game, this is now the best place to experience it.

You travel along the triangular track, a nice bit of visual design mirroring Avicii’s logo. It’s not there just to look cool though, as you have to rotate through the three fields of that triangle to hit the incoming beats. Those beats are labelled with different buttons, and you have to line everything up, hitting each in time with the music.

When you start off, beginning in Easy mode, you’ll mostly stick with the left trigger’s kick drum, and the trusty A button for each beat. You’ll rotate occasionally, but it’s otherwise a gentle introduction into the game’s mechanics, putting you at ease. Let me tell you, Avicii Invector becomes an utterly brutal rhythm action game the further you go.

Think Expert in Guitar Hero or Expert+ in Beat Saber. If you want to succeed at the top you’ll need to practice, memorise, and prepare for a visual, auditory, and physical challenge. Fortunately, there’s lots of fun to be had lower down the difficulty rungs too. 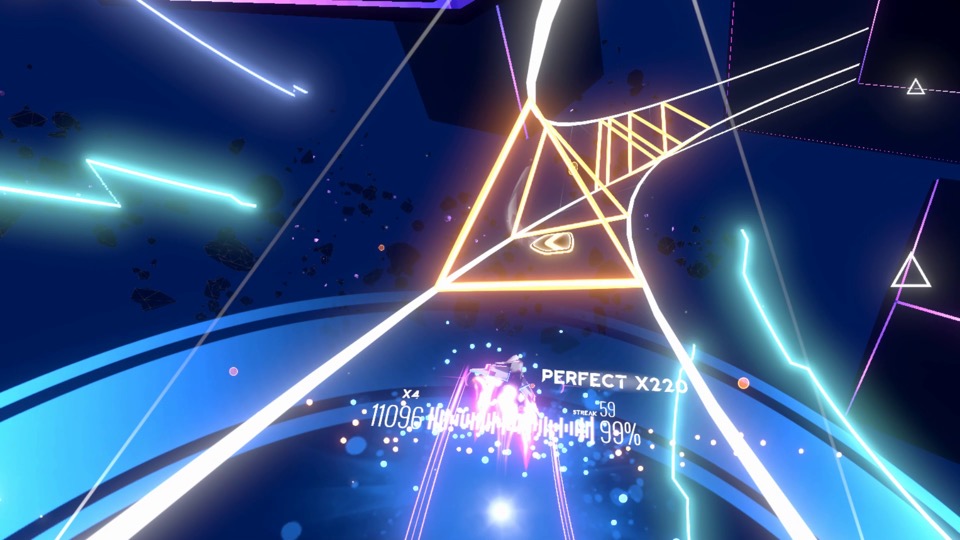 There is something of a story to Avicii Invector. You’re a space explorer, steering your craft through Avicii’s space-based musical tracks. She seems like she doesn’t get on with whoever’s sat in mission control, and she likes sitting on her spaceship staring off into the distance, but otherwise it’s a spot of meaningless window dressing. Unfortunately, nothing has been changed here for VR, with the 2D comic style visuals presented as flat panels in front of you.

Dropping the game into VR doesn’t change how it works, but the level of immersion when you drop into a level is phenomenal. I’d have liked to see a first person view, rather than sticking with a camera set behind the ship, but I can understand it from a comfort point of view. The curves and rotations of the track alone may cause the slightest pull of VR motion sickness, particularly if you’re not a regular VR player. I recommend playing from a seated position to help minimise any issues, and after a period of acclimation you should be able to settle into it. 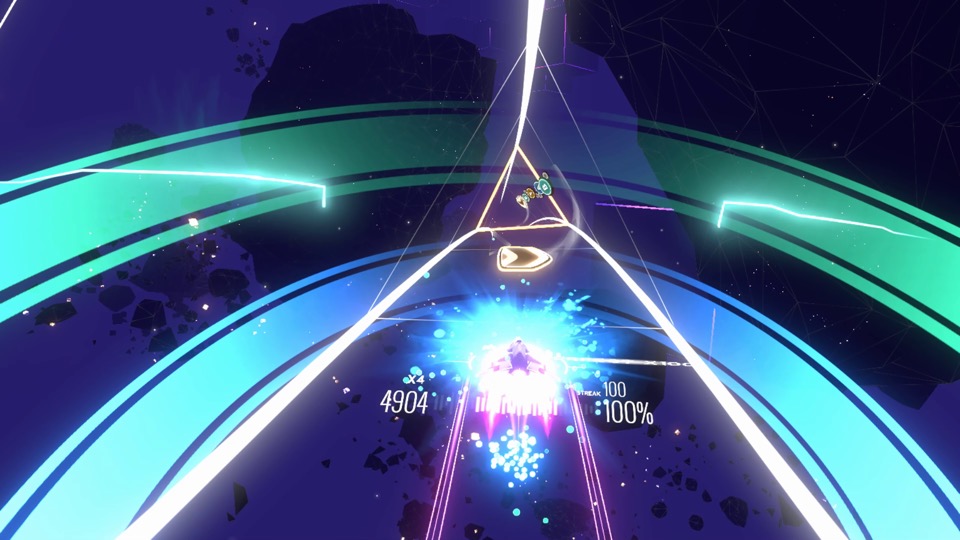 Playing Avicii Invector in VR, with a good set of headphones atop your head, puts you at the centre of this musical experience. It’s not quite at the level of Tetris Effect – the visuals here don’t have the same awe-inspiring pull and there’s not the same variation in musical styles – but if you’re a fan of Avicii’s output you’ll love how immersive and enjoyable the whole thing is. Avicii Invector is a love letter to Tim Bergling, and this version puts it in a glossy package, tying it with a meta-branded bow.