Elden Ring will be finished by more players than any other games in the Souls series according to creator, Hidetaka Miyazaki.

In a recent interview with PlayStation, the FromSoftware boss discusses a range of topics, from Elden Ring’s open world design and accessibility, to how it overlaps with Sekiro.

Here we’re given a rare insight into Miyazaki’s creative mind and the challenges he and his team have faced during development.

Miyazaki wants to players to adopt a different mindset going into Elden Ring. Where his team’s previous games have been linear in their structure to varying degrees, their latest game is throwing the doors wide open. At least when it comes to exploring this vast world:

“We want players to feel the importance of the level of freedom that we’re focusing on this time. We want them to enjoy the game in their own way and feel liberated in this new open world that they can explore at their own pace.”

This ambitious pivot to an open world has, unsurprisingly, presented the biggest challenge for FromSoftware. From Demon’s Souls through to Sekiro, each game has adopted a rough template when it comes to the placing of boss battles and charting the player’s development arc. The developers learned “valuable” lessons when creating Elden Ring, making sure the game world adapts to players as they level up and explore. 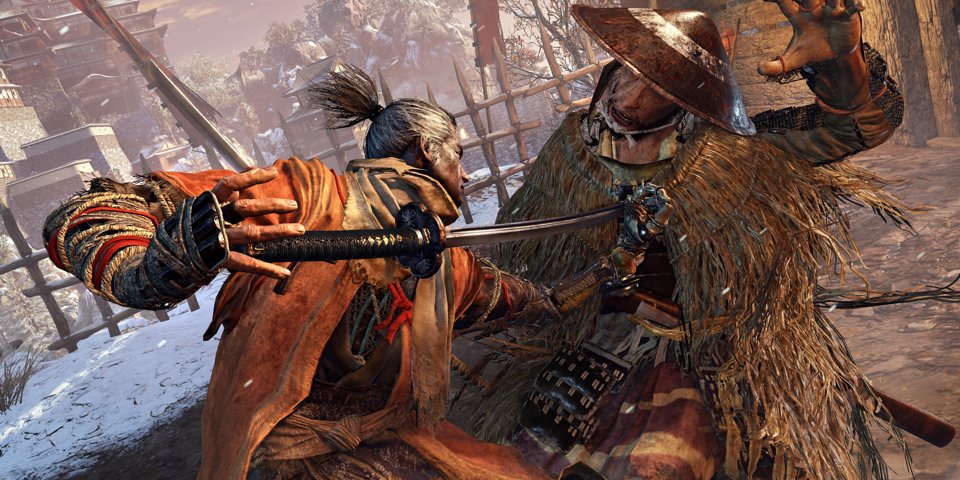 It’s no secret that Elden Ring’s development overlapped with the sublime Sekiro: Shadows Die Twice. Although Sekiro struck out in a different direction, many Soulslike fans saw it as a progression of FromSoftware’s action RPG blueprint.

Miyazaki confirmed that Sekiro influenced Elden Ring in a number of ways. The stance break mechanic mimics Sekiro’s clever posture system where players need to skillfully chip away at opponents before delivering a deathblow.

The story is also a lot more focused, too. There’s definitely an allure to the vague lorecraft and worldbuilding that goes into the Souls game though Elden Ring has a clearer narrative thread for players to latch onto.

An Elden Ring interview wouldn’t be complete without talking about the game’s difficulty. No, the game won’t feature an easy mode or any assists, though we’ve heard increasing talk that this is the most accessible and stress-free Soulslike game the studio has worked on.

“I think more players will finish it this time,” Miyazaki says. “The player’s level of freedom to progress through the world or return to a challenge later are all elements that I feel will help people get through the game at a more leisurely pace.”