IO Interactive has given Hitman 3 players an update on the release schedule for Year 2, giving us a release date for the upcoming Ambrose Island map – formerly known as ‘Rocky’ – and progress on Freelancer mode.

Bad news first, Freelancer mode has been delayed to the second half of 2022. This is a new and remixed way to take on and enjoy all of the content within the World of Assassination trilogy, but IOI want to take more time to refine and polish the mode before its wider release – they’ve seeded private builds to some trusted core community members for feedback.

They explain, “The feedback from the playtests was largely positive and the mode is in very good shape. As we’ve said, we’re taking some extra time to tighten the mode up and improve several elements that we think will greatly improve the gameplay experience. Whilst we work on those improvements, we’re also preparing to dive deeper into the mode and share more of what you can expect.

Closer to hand will be the release of a brand new map for the game, which was teased as ‘Rocky’ and has now been named as Ambrose Island. The map is scheduled for release in July 2022.

The map is actually taking a step back in time, being set before the events of Hitman 3 and aiming to fill in a few gaps in the World of Assassination storyline. Expect more details in future, but here’s a quick screenshot. 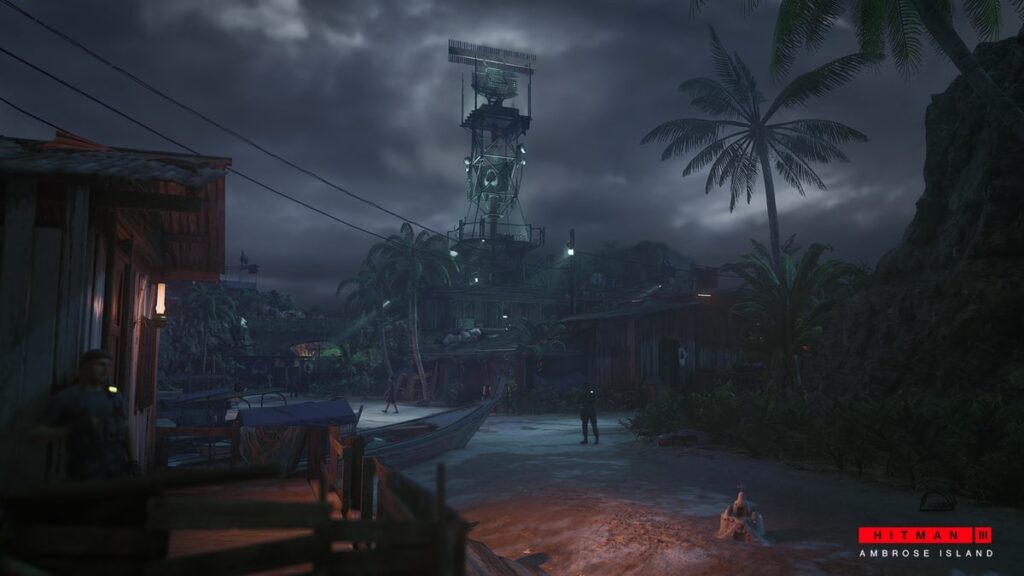 Before then, there will be another slew of content to enjoy through May. There’s some returning Elusive Targets, a few themed events, some… late Easter events? And featured community contracts. 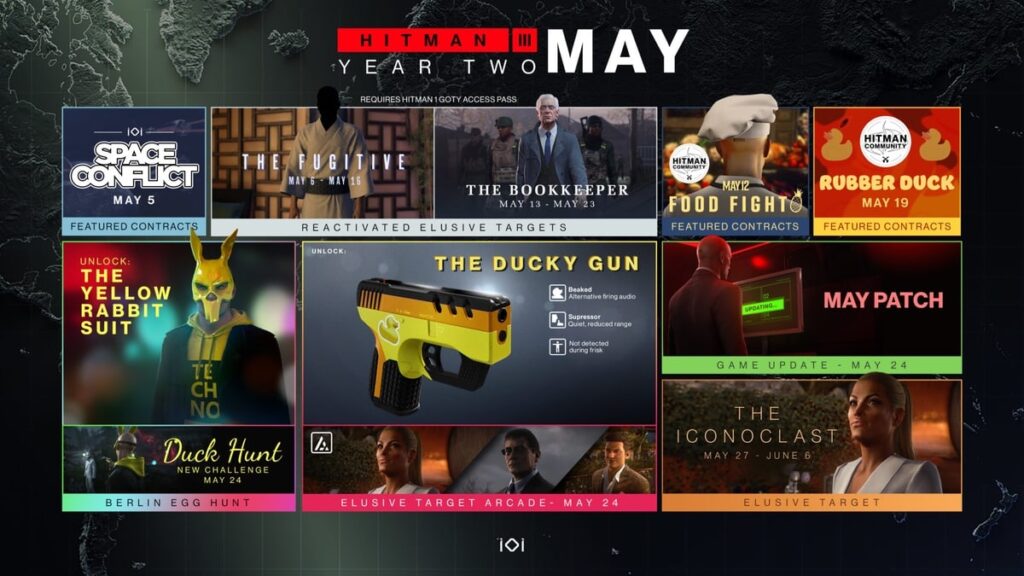 Rounding it all up, here’s the roadmap as it stands: