First and foremost, some of you might be confused about the naming culture of those games. Like A Dragon is still what we in the west know as Yakuza. They came up with the title Yakuza in the translation process of the first game in the hope to catch the eyes of unsuspecting gamers. The Japanese title of these games has always been 龍が如 (Ryu Ga Gotoku) meaning Like A Dragon. And if you play these games for an extended period of time, the title Like A Dragon is way more accurate than Yakuza. While these games are crime-drama at heart the title is just missing the point.

And after almost 17 years of these games, the title Yakuza simply doesn’t describe the series in its current state anymore. The games have slowly moved their focus from all of that, so going forward Sega has decided to give the series in the west its proper name. But don’t worry, here we’ll use the title the games have been released as. But first, we should probably get into the reasons why you should try these games. 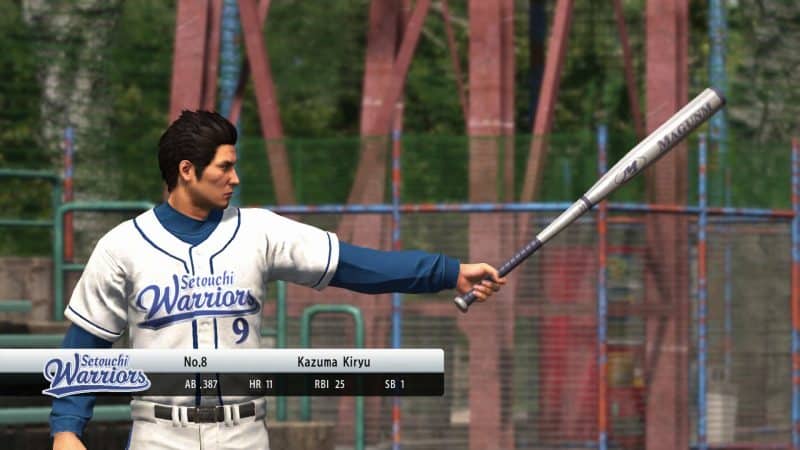 Why You Should Play Yakuza/Like A Dragon?

There are many things this series is famous for, be it the outlandish characters or the little clips and pictures that have reached meme infamy. If you play a Yakuza game you’ll also get a mixed bag of way to fleshed minigames, an intense easy-to-pick-up combat system, and some of the most detailed cities in all of gaming. And depending on what part of it you’re currently playing it’s either Wario Ware with extra steps, Streets of Rage, or a really good playable Japanese gangsta flick. But what you’re guaranteed to get is one of the most varied yet cohesive series of games out there.

It was not so long ago when Yakuza was just branded as a Japanese attempt to cash in on the hype that the GTA games had generated at the start of the 6th console generation. But these games are not about crashing cars and having shootouts in an expansive open world. Instead, you only get to walk around a few blocks set in the vibrant nightlife of Japan’s major cities. Those small districts are filled with details, almost every building and restaurant has been faithfully recreated from its real-life counterpart and it’s easy to just get lost in the mean streets of Kamurocho. 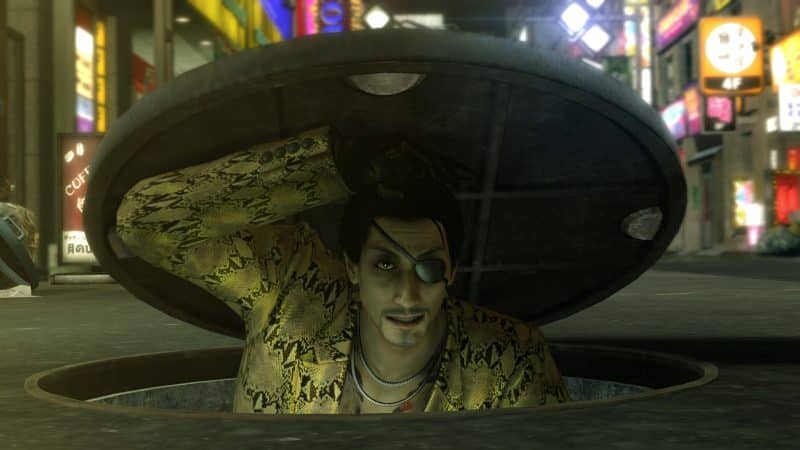 From the offset, Yakuza looks like a mixed bag. How can you take a crime drama seriously when you spend the time between laying down the thunder on Japan’s underworld managing a small town’s baseball team or singing karaoke? It shouldn’t work but it does somehow. Because it helps you be immersed in the game world, all the wacky sidequests just endear you more to the characters you’re playing. And while the story of these games follows somewhat of a formula, it is your investment into the characters you’ll play and meet that really makes them stand out.

And the writing of these games is fantastic by being love letters to Japanese crime movies, especially those by Takeshi Kitano who would even star in one of the later games. All the cutscenes look amazing and could gush for hours about the voice acting in these games. Seriously, play them in Japanese. The recent English dubs have been really good but there is just something about the direction and performance that takes this to another level. 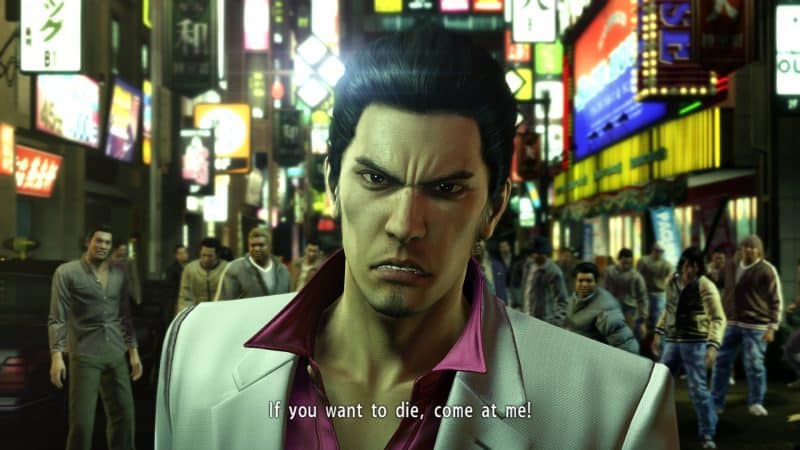 But there are so many of them! Where do I start?

As you can surely tell, I’m deeply in love with this franchise and its fairly recent acclaim to fame makes me happy beyond belief. And if you want to get into them now, even better! There are a lot of Yakuza/Like A Dragon games out there now and they are fairly accessible on modern platforms. Here we’ll list some approaches on how you can get into the series. Keep in mind that most of those games easily clock in around 30 – 50 hours in length.

If you just want to check these titles out and see if you like them or not, I’d highly recommend trying out some of the spin-offs. Recently Like A Dragon: Ishin! was announced and will release in February of 2023. The game is set in Japan in the 1860s and tells the story of the Shinsengumi, the Japanese samurai police force. It is the remake of the 2014 release that was never released in the west. You’ll get a good idea of what kind of tone and vibe these games are going for in a story that exists completely separate from the other titles.

But if you want to enjoy the more modern setting recently there was a small series of spin-offs Judgment and Lost Judgment. Those centered around attorney turned private detective Takayuki Yagami. The story of those games is set in the same universe as the other titles and has no connection to them outside of the occasional reference. Both games are excellent and serve as a great introduction to the world of Like A Dragon. 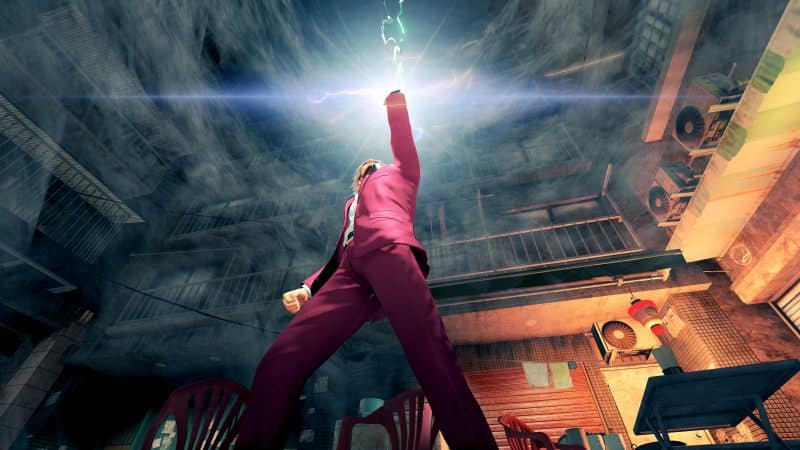 If you want to get into the mainline titles but don’t want to slug through its entire back catalog, Yakuza: Like A Dragon is the 7th installment of the series and introduces a new protagonist in Kasuga Ichiban. Unlike the previous games, it’s a JRPG that focuses on a group of characters and their relationship with each other. The game serves as a kind of soft reboot of the franchise while still having strong ties to previous titles. While the game is very much about the events from previous games, Ichiban and his friends have their own stories to tell and serve as a great point of view for this new story.

But let’s say you really want to get into these games and have 200ish hours to burn just to be all caught up. There are probably many that’ll recommend you to start with Yakuza 0 which is a prequel to the entire series set in the 1980s during Japan’s bubble period. While Yakuza 0 serves as a great introduction to series protagonist Kazuma Kiryu, it’ll also taint your impression of its secondary protagonist Goro Majima. Which wouldn’t be so much of an issue if remakes of the first and second games were not so dedicated to continuing some of the story threads of Yakuza 0. 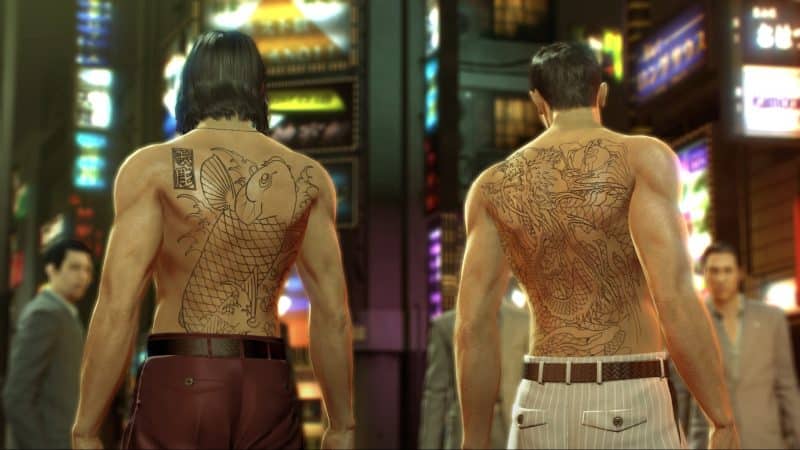 So if you want to get the full experience, I recommend playing these games in release order. Starting with Yakuza and Yakuza 2 on the PlayStation 2 and then you can smoothly transition into the remasters of Yakuza 3, Yakuza 4, and Yakuza 5. Then you can move on to Yakuza 0 and Yakuza 6 and Yakuza: Like A Dragon. All these games are available on the current PlayStation and Xbox consoles and even on PC and even on the Xbox Game Pass for both console and PC. You can see how the series evolved over the years and get the full scope of things and only the PlayStation 2 titles are a little dated.

But let’s say you want a smooth experience, all in one place. Then you should start with Yakuza 0 then Yakuza Kiwami and Yakuza Kiwami 2 the remakes of the first two games. You’ll get the slightly revised versions of those stories packed in the modern gameplay style of the series. Just the jump to Yakuza 3 will end up being a little jarring as it is the oldest title and going from the modern Yakuza Kiwami 2 back to an early PlayStation 3 title is a bit of a jump but well worth it for the story. And if you take this route all Yakuza games will be available to you in one place.

This concludes my little scream into the abyss that is the internet news cycle. I really hope this piece takes off and you can send it to your friends to finally get them into the series or it got you interested in these titles in the first place. Yakuza/Like A Dragon is probably the most consistent franchise in all of gaming today and all of these titles are landmarks in terms of quality. The team behind these games is absolutely amazing and dedicated to bring this very special franchise to life and every Yakuza/Like A Dragon release of the past 12 years was an easy Game of the Year contender.

So go play these games! And if you want to stick around for more gaming nonsense like our Tokyo Game Show coverage of the next generation of Like A Dragon or esports news, visit us here at ESTNN.